Our readers are hilarious. 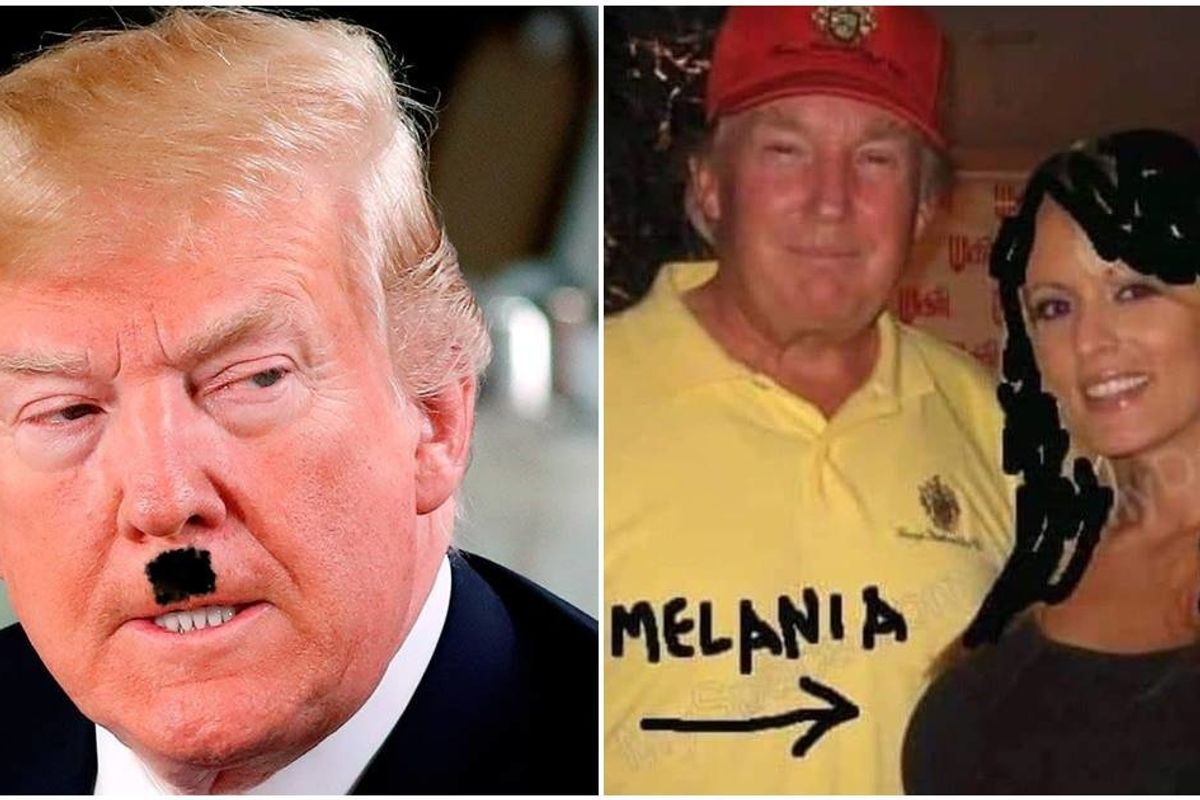 On Thursday, we put together a list of 21 of the the funniest Twitter responses to Trump's Sharpie-marked hurricane-warning map. The amazing readers at GOOD and Upworthy responded in the comments section by sharing some of their favorite Sharpie memes.

They were so funny, that we rounded them up to share with everyone.

Not up to date on #SharpieGate? Here's what happened.

On September 1, Trump Tweeted that Hurricane Dorian was headed towards Florida and would hit Alabama. The National Weather service corrected the president saying Alabama will not see any "impacts from Hurricane #Dorian" because it will "remain too far east."

RELATED: 21 of the funniest responses to Trump's Sharpie-marked hurricane-warning map

In numerous tweets, Trump insisted the hurricane would touch Alabama. When the NOAA created a map of the hurricane that Trump displayed in the Oval Office at a press conference, he added a small bubble to the hurricane path so it looks like it will hit Alabama.

In addition to Florida - South Carolina, North Carolina, Georgia, and Alabama, will most likely be hit (much) harder than anticipated. Looking like one of the largest hurricanes ever. Already category 5. BE CAREFUL! GOD BLESS EVERYONE!
— Donald J. Trump (@realDonaldTrump) September 1, 2019


Alabama will NOT see any impacts from #Dorian. We repeat, no impacts from Hurricane #Dorian will be felt across Alabama. The system will remain too far east. #alwx
— NWS Birmingham (@NWSBirmingham) September 1, 2019

The addition Trump made was a different color than the white path on the map so it was clear it had been altered. Did he actually think people would realize that the mark-up wasn't part of the original map?


RELATED: Trump's 'hurricane warning' to Alabama was so wrong it may have literally broken the law

While the entire incident should be embarrassing for every American, there was a silver lining to SharpieGate: the memes!

Here are 16 of the funniest memes shared by our readers at GOOD and Upworthy.