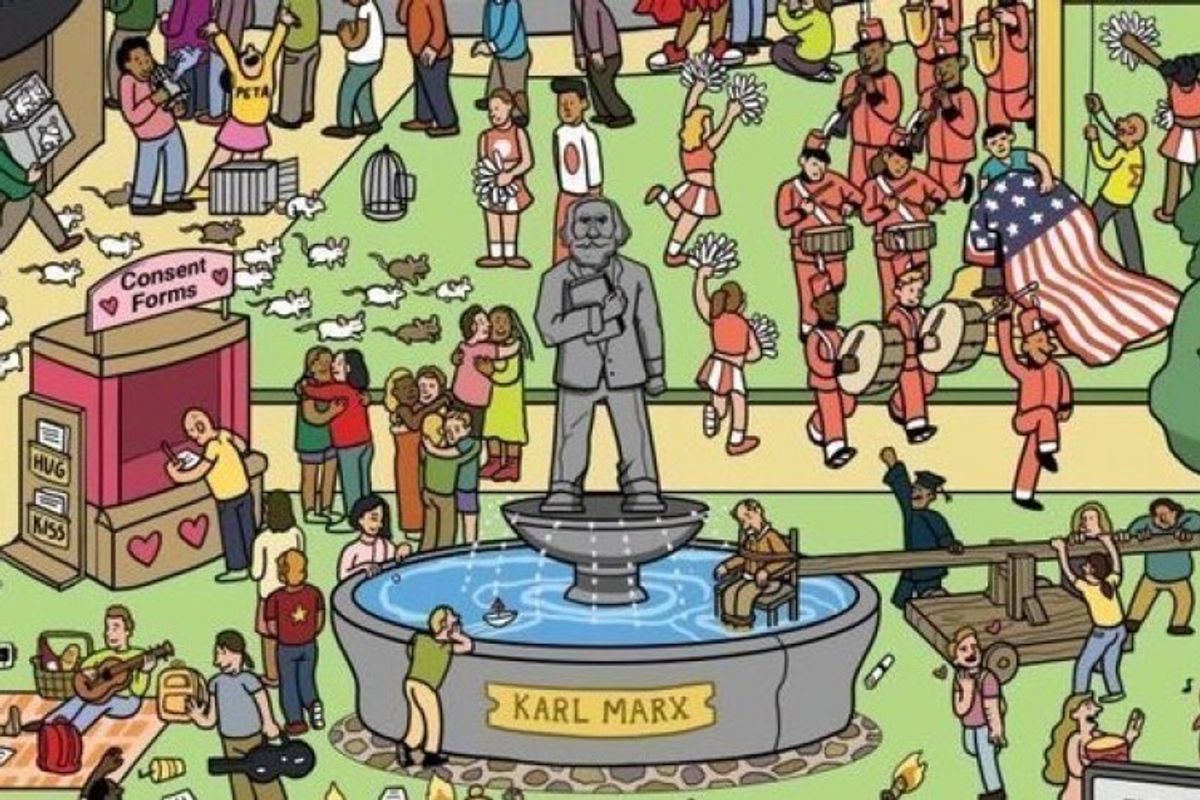 This article originally appeared on Common Dreams. You can read it here.

A progressive political magazine and editorial illustrator took to Twitter Monday to clarify that artwork that previously appeared in Current Affairs magazine entitled "The Campus Seen Through The Eyes of US Conservatives" was in fact satire after social media users suggested conservatives were sharing the image unaware of the parody.

The work in question was created by New York-based artist and illustrator Chelsea Saunders and appeared in the November-December 2018 issue of Current Affairs. It depicts a satirical campus that includes a stadium for "Oppression Olympics," pronoun police dragging someone away, a College of Grievance Studies building, a Karl Marx fountain, and a banner that says, "Friendly reminder: it's not OK to be white."

On Twitter the hashtag #CuckZone was trending, the name of a student bar depicted in the cartoon.

Glad this piece I drew for @curaffairs is getting some love. To clarify: yes, this is satire, and was originally ti… https://t.co/uQm4yiNMxm
— Chelsea Saunders (@Chelsea Saunders)1589212192.0

Current Affairs also noted the renewed interest in the image. "Right-wing idiots didn't realize the joke is on them not the students," the magazine wrote in a Twitter thread Monday.

The magazine echoed the message of some of the artwork's fans, who suggested the fictional campus would be quite fun. One said it appears to be "the dopest college campus ever."

Fans of Saunders's work can bring the fictional campus to their homes—a poster of the artwork is available for purchase at the Current Affairs store.

From Your Site Articles
Related Articles Around the Web
college
Trending Topics
THE DAILY GOOD
Start your day with something GOOD.
Trending Stories
Politics