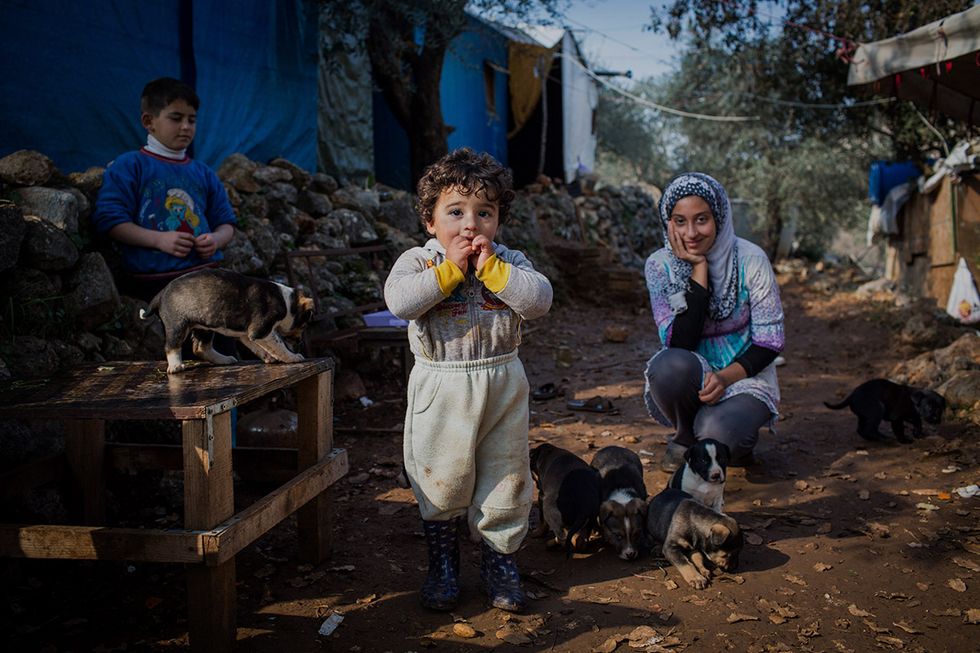 At GOOD, we’ve always believed in the power of business to make the world a better place, so years back, we created a social impact consultancy to help companies figure out how to do just that. Here’s a story from one of our partners, Airbnb.

There are well over six million Syrians who are internally displaced and nearly five million refugees outside the country—the majority living in Turkey. 13 million Syrians are in need of humanitarian assistance. We have not seen numbers of refugees this high since World War II.

In June, the Obama White House unveiled an initiative to encourage the private sector to raise money and create employment for refugees. Airbnb was highlighted by the White House for the work already underway on the relieving refugees. Building on those early successes, Airbnb leveled up their commitment with the #BelongAnywhere initiative that raises money and mobilizes the home-sharing company’s community support integrating refugees. The emoji—two hands cupping a heart—connects the company’s core mission of belonging and human connection with the need to embrace a community that is vulnerable and in need of support.

We believe in a world where you can #BelongAnywhere. Today there are millions of displaced refugees in need of belonging somewhere.
— Airbnb (@Airbnb)1474313243.0

“Our Airbnb community and platform are a powerful combination to help raise awareness and create a sense of belonging for refugees—and we are committed to contributing to both the short term and long term needs of refugees and those directly supporting them,” said Joe Gebbia, Airbnb co-founder.

To this end, Airbnb has said it would match charitable contributions to the United Nations High Commissioner for Refugees (UNHCR), which spearheads relief efforts for the humanitarian crises around the world. Airbnb plans to match donations collected on its website up to $1 million USD. Through December 31, 2016, Airbnb will match by making up to a total contribution of up to $800,000 as a cash donation to USA for UNHCR and $200,000 in travel credits to assist relief agencies.

It’s not just money though. Airbnb launched a pilot initiative to identify Airbnb hosts willing to temporarily accommodate refugees and has already also donated more than $300,000 worth of travel credits to subsidize housing for relief agencies like the International Rescue Committee and MercyCorps. This allows humanitarian workers to book accommodation on the front-lines where they are responding, and giving them the flexibility to book a few nights or a month at a time. The effort has supported NGOs in Greece, Serbia and beyond, that are hard at work, making sure that refugees from war zones like Syria are fed and housed.

The travel credits were used in prior emergency situations like for relief workers after the earthquake in Japan and the cyclone in Fiji last February, as well as those who volunteered to help during the flooding in Houston in April.

Increasingly, companies and causes are finding mutual benefit. Airbnb’s mission to share a home and a sense of belonging has found an important match with the needs of refugees and those aiding them.

Airbnb’s Brian Chesky wrote: “We asked ourselves, ‘What is our mission? What is the big idea that truly defines Airbnb?’ It turns out the answer was right in front of us. For so long, people thought Airbnb was about renting houses. But really, we’re about home.”

For those forced from their homes and now looking for a new one, Airbnb could be a great place to start.

You can help. Donate to UNCHCR and Airbnb will match up to $1MM in contributions.