At the Hasty Pudding Woman of the Year roast, the Parks and Recreation star gleefully mocked Harvard’s elitist tradition. 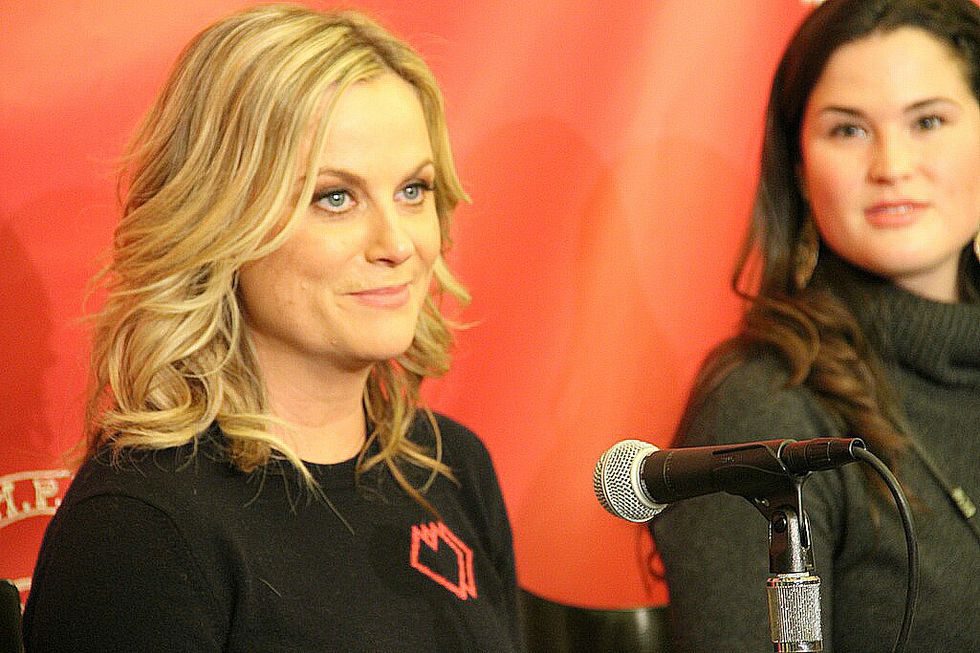 Everybody’s favorite feminist unicorn, Amy Poehler, was presented with the Hasty Pudding Woman of the Year award at Harvard earlier today. Perhaps more delightful than the wacky parade she led around Harvard Square was the roast that followed. No, not the roast of Amy by students, Amy’s comeback roast. The Parks and Recreation star called the Ivy League club out on its sexist traditions, lack of diversity and more.

Here are some of her best bits:

1. "Thank you gentlemen, great job. It is so truly an honor to be roasted by you. I mean there are times in your career when you know that you made it and to watch these two little nervous baby faces try to [roast me]. It's adorable. It's adorable. I'd like to thank Hasty Pudding for reminding us how hard it is to write funny jokes.”
2. “When I was growing up in Burlington [MA], Harvard University used to be a group of buildings we threw rocks at on the way to a real job. And as I drove by and gave the middle finger to this place, I never would have known that you guys would be giving me all this shit.”
3. “Thank you for considering me as your Woman of the Year. And what a year for woman. I know we're gonna see some performances tonight and some of these beautiful men in beautiful drag and I wanna say that it's unsettling that there'll be no women on stage tonight. You know it's time for a change when the Augusta National Golf Club has lapped you in terms of being progressive.”
4. “I haven't seen this many smiling white faces since I took my top off at a mime convention.”
5. [To her roasters] “Either way, gentlemen, I thank you in advance for your upcoming off Broadway production of 12 Gangly Men.”
Later at a press conference Poehler gushed about being able to roast her roasters. “It’s so fun to roast after just being roasted. Everyone is so warm,” she quipped. Chris Pratt, Poehler’s Parks and Recreation costar, is Hasty Pudding’s Man of the Year, and will be receiving his very own pudding pot on February 6.
Trending Topics
THE DAILY GOOD
Start your day with something GOOD.
Trending Stories
The Planet