What’s worse than one unvaccinated child? Hundreds of them, in a neighborhood near you. 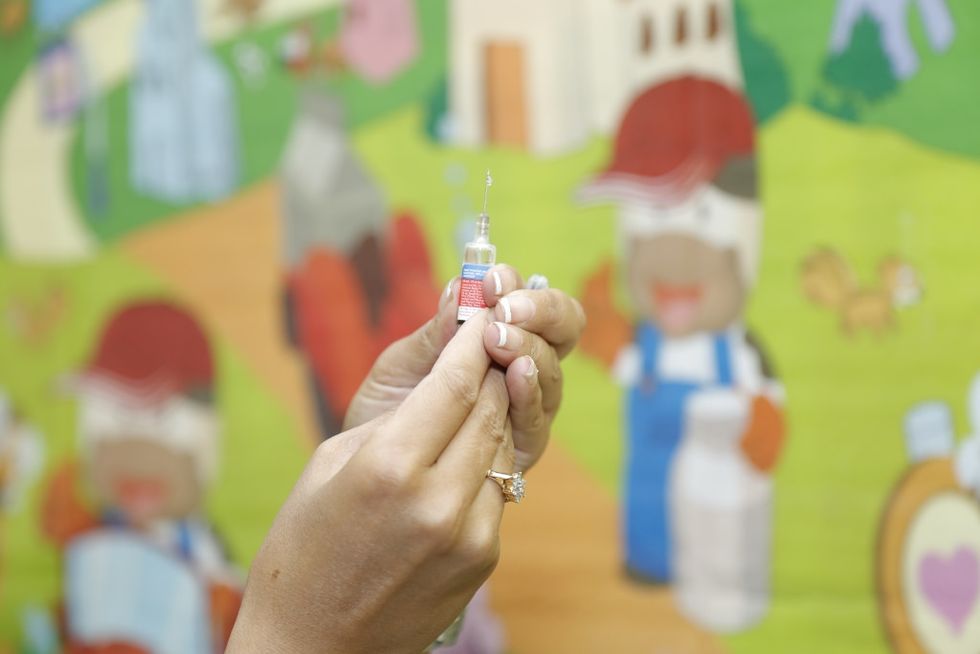 Just do it. Photo via Flickr user Sanofi Pasteur

It’s bad enough that a lot of parents refuse to vaccinate their kids and put them, and other children, at risk of contracting diseases that would be oh-so-preventable if only they believed science instead of that article (fabricated and disproved 20 years ago) that the dude who runs their CSA posted on Facebook after drinking a 12-pack of Sierra Nevada Celebration Ale.

But now there’s a new study to make you even more resentful of these people who so fervently defend their right to blithely put innocent children at risk for serious illness: They tend to live close to each other, and that makes the risk posed by their non-immunized or under-immunized children even worse. It could lead to epidemics, and that’s particularly worrisome to anyone with a baby in the area, as some of these diseases can be fatal to the very young.

Dr. Tracy Lieu at Kaiser Permanente’s Division of Research led the study, which searched for communities at risk of an outbreak among 13 Northern California counties. Analyzing the medical records of 155,000 children born between 2000 and 2001, they looked for kids who had never been vaccinated or who had missed one or more vaccination by age 3. NPR notes:

Researchers then matched these children's vaccination records to their addresses, to see if these children were clustered geographically.

Across the 13 counties analyzed, the proportion of children who'd missed one or more shots increased from an average of 8 percent at the beginning of the study period to 12.4 percent at the end.

But that's a broad geographic range. When the researchers drilled down to the county level, they found pockets of even higher rates of under-immunization, ranging from 9.2 percent in Santa Clara County to 17.9 percent in Marin County between 2010 and 2012.

Five hot spots stood out, including a 1.8-mile area in Vallejo, where 22.7 percent of kids were under-vaccinated. More than 10,000 toddlers lived within the five clusters.

Great that all these medical science skeptics live near each other so they can have barn raisings and borrow each other’s looms and otherwise act like they live in 1815, where the fact that they are also ruining the hard-won herd immunity of the rest of us geniuses who know that it’s 2015 doesn’t matter to them. But here’s an even better idea: Maybe we can make everyone who doesn’t want to vaccinate their child live in the same hermetically-sealed city. We can call it Stupidville, and you better believe the mayoral race would be intense.