Belle Delphine banned from Instagram — is her sold-out bath water to blame?

She sold her bathwater for $30 a pop. 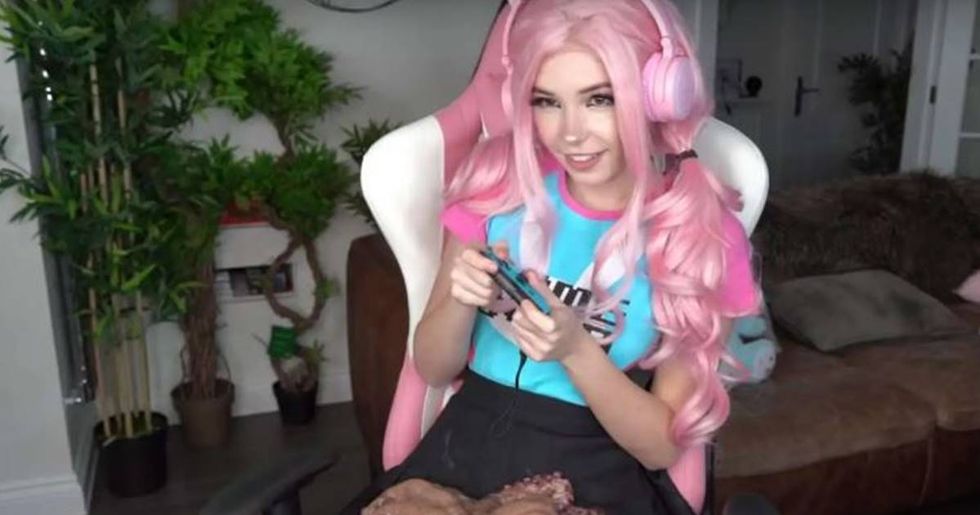 Selling your used bathwater might just get you into some hot water with Instagram (pun intended.) YouTube star and social media personality Belle Delphine recently stirred up a bit of controversy when she posted a video online about how she would sell her used bath water to “thirsty gamer boy” followers for $30 a pop.

The product sold out in three days, but Belle’s Instagram mysteriously disappeared, so what happened?

With nearly 500,000 subscribers on her YouTube channel and 4.5 million followers on Instagram, the19-year-old has made a mark on social media. Her videos and photos have been suggestive in nature, with instances of nudity alarming users who felt as though the content was inappropriate for a public account.

Now, Belle’s Instagram page is unavailable, leading many to wonder what exactly happened and if the influencer has any chance of reactivating her account.

Searching Belle Delphine’s handle and name on Instagram only yields a result page for hashtags now. Some users have posted screenshots of them anonymously reporting Belle’s posts and account, citing nudity or pornography.

Instagram responded, stating that her account was removed for violating Community Guidelines. This comes on the heels of Instagram’s new policy to warn users before their accounts get taken down. Belle has yet to confirm or deny if she was given this warning.

Some of the content in question of being too risqué for Instagram is partial nudity and adult anime practices that are seen as sexually explicit. One of the signature—and bizarre— moves in her videos is to play with a dead octopus, which often rests on her lap. She also had promised to release pornography if one of her Instagram posts got more than one million likes, but did not do so when the post was successful.

Did her bathwater sale lead to the Instagram delete?

Belle has certainly gained more buzz since she decided to sell her Gamer Girl bathwater. After allegedly selling more than 500 units of the product, she restocked and sold even bigger containers of the used water. She claimed that she decided to sell it when people kept commenting on her Instagram page — which often included content featuring her in the bath — that they would love to buy her bathwater.

Belle's Twitter account has not been removed, but she hasn't Tweeted since July 10th, when her bathwater first sold out. A link to her Patreon, which she warns has NSFW content, is also still on her page.

It’s unclear when Belle’s Instagram account will be reactivated, or if it will at all. Maybe she will take this social media hiatus as a time to figure out her next business venture.