Meet the brave high school student who stood up to her school’s cyberbullies. 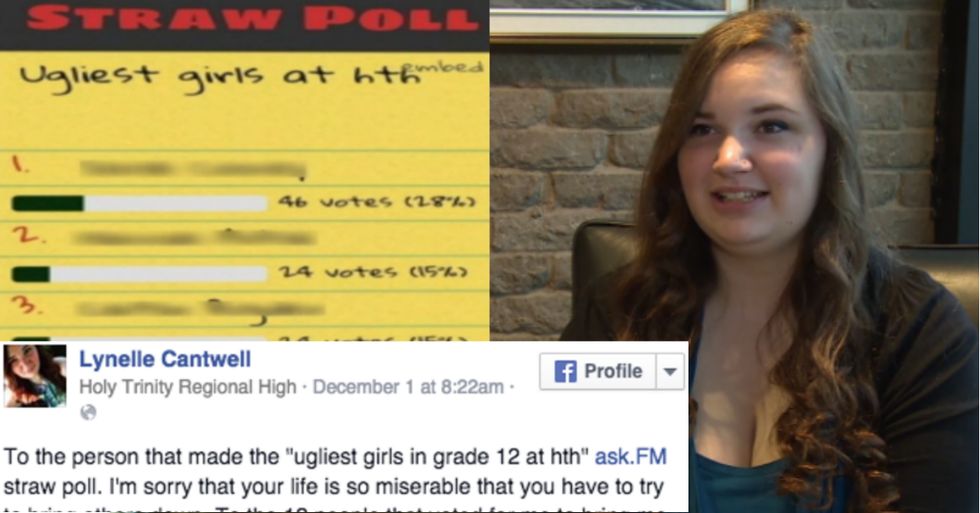 This article originally appeared on 08.20.17

Lynelle Cantwell is in 12th grade at Holy Trinity High School in Torbay, Newfoundland and Labrador (that's Canada). On Monday, she found out that she had been featured on another student's anonymous online poll entitled “Ugly Girls in Grade 12," along with several other classmates.

Cantwell responded via Facebook with her own message, which has already been shared more than 2,000 times and counting.

Since posting her brave response on Facebook, more people have come out to show support than people who voted in the first place.

Check out some of the responses:

The School District of Newfoundland and Labrador has announced that it will be looking into the incident further. For Cantwell, the positive outpouring of love and support vastly outweighs the initial cyberbullying and is raising her confidence in new ways.