Should Distracted Walking Be Illegal?

Hawaiian lawmakers want people to stop staring at their phones while crossing the street. 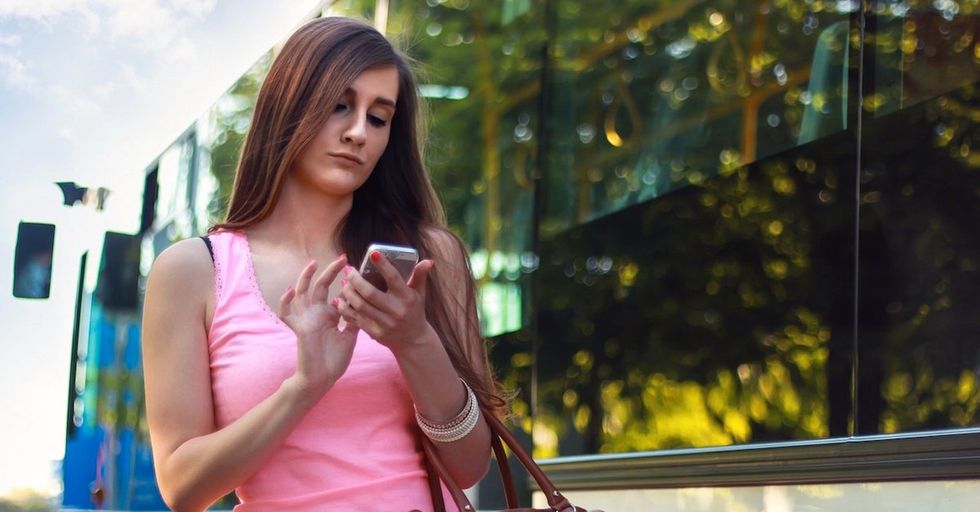 Aren’t smartphones great? You can use them to look at Rihanna GIFs during meetings, bathroom breaks, flights across the country, walks through the urban metropolis in blissful ignorance of the surrounding vastness of human life, wherever! Unfortunately, the latter scenario can put you in the hospital.

In fact, more pedestrians are injured each year while using their phones than drivers, according to a 2013 study published in Accident Analysis & Prevention. There were 1,506 incidents in 2010. Yet while distracted driving laws exist across the United States—46 states ban texting while driving, 14 ban all handheld phone use—distracted walking remains largely unregulated.

Proposals to ban the use of electronics in intersections have failed on the state level in New York, Arkansas, and Utah. Only Fort Lee, New Jersey ($85 fine for texting while crossing the street), and Salt Lake City, Utah ($50 fine for talking on the phone, listening to headphones, or texting while crossing rail tracks), have successfully implemented distracted walking policies.

American officials have instead relied on public awareness marketing to promote more responsible walking, such as San Francisco’s billboards asking, “Do you want Beethoven to be the last thing you hear?,” Delaware’s zombie-themed “Don’t join the walking dead” campaign, and Philadelphia’s “e-lane” prank, which sarcastically designated sidewalk space for pedestrians glued to their phones.

Members of Hawaii’s House of Representatives hope to buck the trend. House Bill 2723, House Bill 2723, introduced in January, proposes to fine pedestrians $250 for crossing streets, roads, and highways while using a mobile electronic device. The House Committee on Transportation passed the bill last week, recommending it for review by the Judicial Committee. “It is just another measure to ensure the safety of our pedestrians,” State Representative Sharon Har told Hawaii News Now.