A Plan to Save the Earth That Might Kill Us All

All it requires is billions of sunlight-reflecting particles, a time commitment of centuries, and not taking the phrase ‘moral hazard’ too seriously. 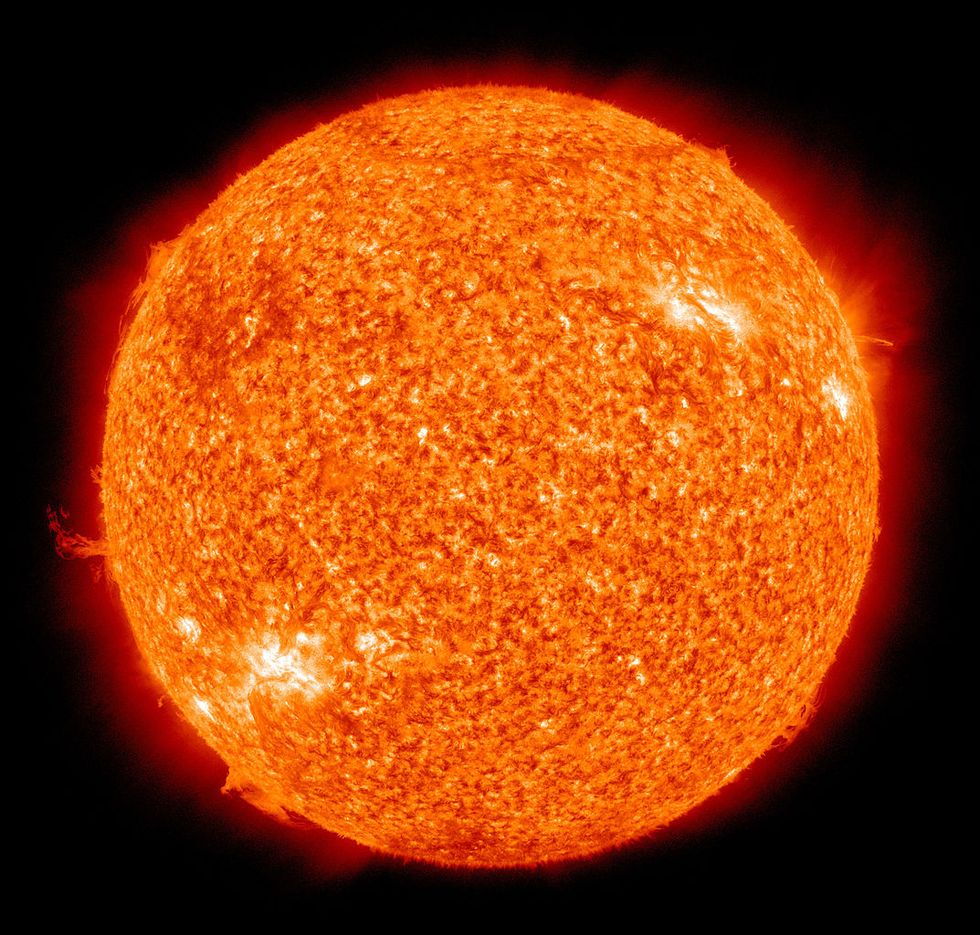 Photo by Max Lopez via DeviantArt

Two weeks ago, the US National Academies of Sciences (NAS) released a two-volume tome on geoengineering, a set of high-tech ideas that aim to alter the climate and thereby soften the brunt of climate change's blow. In the report, the 16 scientists who authored the project (which was partially financially backed by the CIA) conspicuously rebranded these controversial geoengineering activities as “climate intervention.” The name change to “intervention” from “engineering” connotes that the technique employs all the unpredictability of jumping between two inebriated yahoos duking it out in a fistfight and none of an engineer’s precise know-how. Though the report argues for more research on certain geoengineering practices, critics warn of unintended consequences, pointing to the unexplored moral, ethical, and philosophical quandaries such globe-altering technologies might produce.

At the outset, the committee repeated that the best way to take on climate change was the standard, unsexy fare we’re accustomed to hearing. “It is the Committee's assessment that there is no substitute for dramatic reductions in emissions of CO2 and other greenhouse gases to mitigate the negative consequences of climate change,” wrote the prestigious group.

Still, the report advised continued research into what National Geographic called the “bad way” to geoengineer. Known as albedo modification, or solar radiation management, the idea is that if we increase the amount of sunlight the Earth reflects away from itself, we can keep the planet cooler. In some of these scenarios, we splash the stratosphere with sulfate particles or other chemicals, which become reflective aerosols, or tiny floating solar mirrors. Like a volcanic eruption sputtering into the atmosphere, albedo modification would, in fact, drop global temperatures but would not take into account other dynamic operations grouped in the Earth’s systems (like ocean acidification from CO2). And each albedo intervention would only work in the short term. Unlike greenhouse gases, these chemicals naturally work out of the earth’s system pretty quickly.

But most importantly, critics point out (and the report admits) that beginning a reflecting process would mean sticking to it on a time scale measured in centuries. If we want to keep the Earth’s surface cool for a long time, we pretty much have to keep aerosols swirling in the atmosphere forever. Without supplementing these technologies with carbon dioxide reduction or removal, CO2 would continue to build up in the atmosphere, a time bomb that could have devastating consequences if albedo modification abruptly stopped for any reason. Imagine a war or some political and economic tangles forced us to quit artificially reflecting sunlight. Centuries of amassed CO2 warming would be released, sweeping across the globe in the course of a couple years and completely transforming the world as we know it. Albedo modification locks us into what could be called the Pringles effect: once we pop, we can’t stop. In Slate, one of the paper’s authors, Raymond T. Pierrehumbert, said the idea of fixing climate change “by hacking the Earth’s reflection of sunlight is wildly, utterly, howlingly barking mad.”

So why would we ever put a plan like this into action? Even if most people might agree that it is “barking mad” and might have “terrifying consequences,” in the case of certain dire environmental outcomes, even geoengineering’s harshest critics may be hard-pressed to defend their opposition to this kind of environmental Hail Mary. Suppose the year is 2050 and the worst predicted climate scenario has occurred. We haven’t cut back on CO2 levels. Global temperatures have risen by 2.6 degrees Celsius. The ocean level is swelling. So, should we hack Earth’s reflective capabilities? It’s a question that many people involved in the geoengineering debate, more concerned with scientific feasibility than issues of ethics, don’t seem to be able to answer.

“The ‘should we’ question is often framed within the science question, not the other way around,” said Ben Hale, associate professor in the philosophy and environmental studies programs at the University of Colorado, Boulder. “I think a lot of people in the geoengineering community think that if we can demonstrate the technical feasibility of it, then that answers the ‘should’ question. Technical feasibility is, in a certain respect, just an empirical matter. ‘Can we do it?’ doesn't get at the ‘Should we do it?’ question.”

The right questions, according to Hale, deal more explicitly with ethical concerns. “What kinds of principles will we be violating, what kinds of rights might we be overriding, what sorts of people need to be considered—those kinds of questions I think are much more important to raising and answering the [“should”] question than questions about technical feasibility.”

The NAS report does have an “Ethical and Sociopolitical Issues” section. It’s a little over a page long. Hale wrote one of the papers they cite, a 2012 chapter about “moral hazard” and solar radiation management. The risk of moral hazard may be a big reason why certain climate hacking proposals, despite generating interest and controversy, still haven’t received much clout or funding. As the authors of the paper understand it, albedo modification research “could distract from efforts to mitigate greenhouse gas emissions.” The thinking goes that if geoengineering is an option, certain actors will continue to consume carbon without compunction, relying on a theoretical scientific out if things get too bad. Knowing we have a Plan B up our sleeves, the logic goes, will discourage us from frantically getting after a more ideal Plan A.

“A classic case of moral hazard is we build a dam, and people move into the flood plain,” Hale explained. We know that when introducing some type of insurance scheme or policy intervention, it will change people’s behavior. But, according to Hale, that’s usually the point, that’s why we do those things. “If we decide to geoengineer, the reason we’re doing it is so that we can continue polluting, basically.”

Getting to the point where we begin to ask the right questions also means getting beyond the seemingly out-of-reach, fantastic-sounding aspects of these large-scale science projects. Geoengineering proposals sound like something out of science fiction, or that Simpsons episode when Mr. Burns uses a shield to block out the sun. “Part of the problem is that this seems like such a farfetched technology, such a farfetched proposal, that it’s kind of like talking about Battlestar Galactica-style interventions,” Hale said. “But it’s not that…it’s a real proposal, and people are really spending millions of dollars, if not hundreds of millions of dollars, to do research and studies, and it should be taken seriously by the general population.”