How do you write an X? Twitter is having a major fight over a controversial handwriting diagram.

There are eight ways to do it ​(some argue nine). 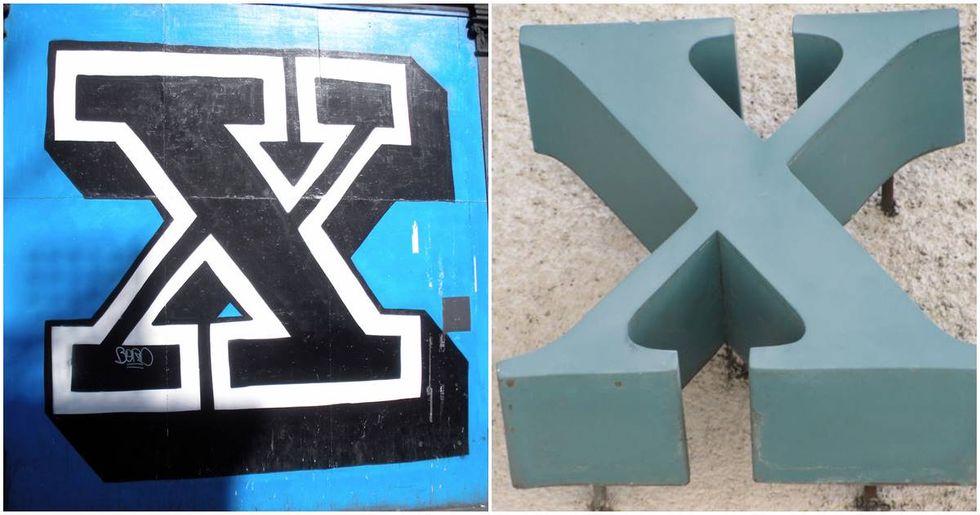 Over the years, there have been some memorable social media fights that have divided friends, families, and nations.

Yanni or Laurel was huge.

What do you hear?! Yanny or Laurel pic.twitter.com/jvHhCbMc8I

So was “What color is the dress?”

What color is the dress?
Blue/Black or White/Gold pic.twitter.com/fw2XN8qOkb

People are still fighting over whether it’s acceptable to put pineapple on a pizza and how to hang a roll of toilet paper.

And I don’t need pineapple on my pizza pic.twitter.com/C5gB7E07ng

Now, Twitter user @SMASEY has stirred the pot with a controversial question about handwriting. According to @SMASEY, there are eight (some would argue 9) ways to draw the letter X, but which one is correct?

Also this is so interesting to me - which way do you draw an X? Colored line being the first stroke pic.twitter.com/a0WTl8WT7P

The only correct way pic.twitter.com/ZPPv5jsv6E

Yep, I'm totally a sixer. Couldn't imagine doing it any other way.

I was wondering if there would be a consistent difference for lefties. Hard for me to judge, since I am in all ways "normal" - RH, American, not a monster. I do 8. Naturally.

Number 8 but the plot twist is that I mostly write my Xs like this: pic.twitter.com/Gk8dP2Tvq2

8 is the only acceptable answer. Also, all of the others are acceptable. But, yes, 8.

The British seem to prefer 5.

There are other ways? https://t.co/2P1ibE2tLZ

5>
Why would I finish opposite to where my pen needs to go next? https://t.co/FRFdAmnBYy

For some, the tweet was the first time they had reflected on their handwriting in years.

Saw this. Immediately forgot how I have been drawing x's my entire lift. Had to write each one down. None felt right. Taking all words with x's out of my vocabulary until further notice.

These nonconformists created their own 9 techniques.

I do cursive, so I tend to do them in one stroke. tho, probably 7 if printing. pic.twitter.com/AnATTFe4R9

This is the only correct way to write an X

After countless replies rolled in, @SMASEY reached a consensus:

General consensus is that Americans do 7 & 8 while UK does 5 & 6. Probably how we were taught. Not sure about other countries