He Grew Up American—Then His Dad Said, ‘We Need To Talk’ 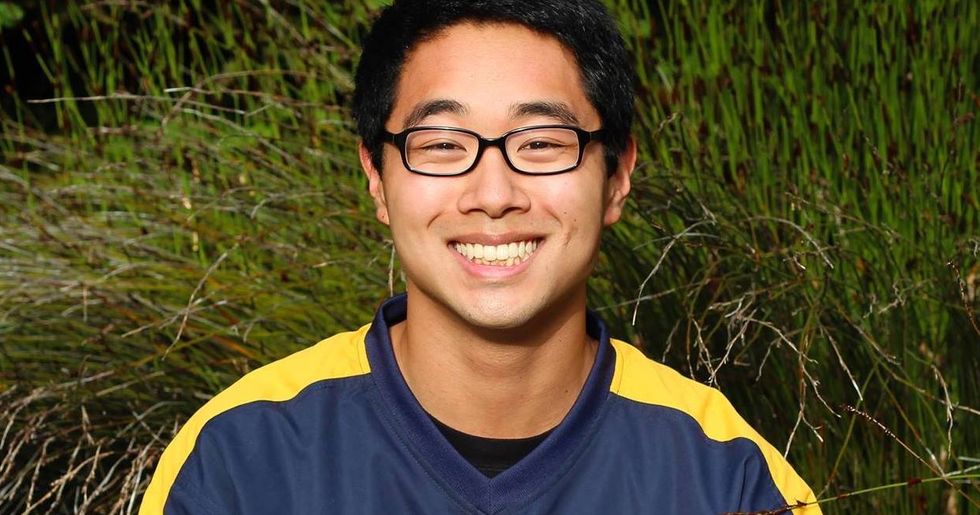 For most dreamers like Yongbin Chang, Deferred Action For Childhood Arrivals, or DACA, has been life-changing legislation.

On June 15, 2012, then President Barack Obama signed the highly popular policy into law, which put in place a series of protections for those who illegally entered the United States before age 16. Among other criteria, the legislation required those that qualified to attend high school or college in the United States or to obtain a work permit to stay under protection from deportation. Those who apply and are approved are protected for up to two years and can apply for renewal. They do not, however, gain citizenship or legal status in the United States.

A staggering 1.9 million people are eligible for the benefits of DACA in the United States. According to a 2014 Pew Research Center estimate, nearly 78 percent of those who are eligible have applied, despite the lofty registration and renewal fee.

One of the vital assets of DACA is that the protection status is supposed to be retroactive: Those in the process of removal proceedings should receive protection under the law. But, as the experience of Daniela Vargas, a recently detained young dreamer—in spite of having an application in process—has now made clear, the fate of these young people is suddenly uncertain. Despite President Donald Trump’s recent promise that he would show “great heart” to those with DACA status, he spent months campaigning on the premise of ridding our nation of “bad hombres,” and he explicitly noted he would terminate the legislation in an August 2016 speech, stating it “defied federal law and the Constitution.”

Trump can at any time immediately cancel the DACA program, which means that most dreamers now live in a discomfiting in-between that can be hard to describe to an outsider looking in. In our new series “Limbo,” we share the first person stories of those caught in the middle.

I was born in South Korea in 1996. Then, I came to the U.S. a few times back and forth on a visa. But my parents didn’t have money, and by 1999 that was our last trip from Korea to the U.S. That was the last time I left Korea, and I’ve been in America since then. We came here, and I lived in Oakland for quite some time. And then, until first grade, I moved to Dublin, which is also nearby in the Bay area. Then I moved to a suburb outside of Sacramento. That’s where I did my middle school, high school.

I was lucky in that my parents had an academically oriented mindset. So even though we grew up poor, they always encouraged me to build my curiosity, and not to worry about my legal status or economics. Then, it wasn’t until senior year when the reality of applying to college hit. That’s when I realized, like, ‘Oh, I need to apply for college, and I need financial aid. I can’t afford it.’ So that’s when I realized like, ‘Oh, Dad, do you have our social security numbers?’ He said, ‘Son, we need to talk.’

[quote position="full" is_quote="true"] So that’s when I realized like, ‘Oh, Dad, do you have our social security numbers?’ He said, ‘Son, we need to talk.’[/quote]

We had it (the talk) over the dinner table. I remember that was the night that I was applying for the FAFSA (Free Application for Federal Student Aid) as well. I understood it. I understood what (being undocumented) meant, but I didn’t really understand what it really meant for me and my future. So it was like, ‘Ok, I guess I don’t have papers.’ And it wasn’t until later on when I was applying for scholarships and things like that or looking at schools and financial aid when things started saying ‘American citizens only.’ And that’s when it started to hit me that these options that I always felt I could apply for because I was lucky enough to have a strong academic resume (were now cut off to me). I guess, in a way, I felt like I deserved it because I had earned it, and then all of a sudden, I wasn’t able to do anything.

So there was a moment during the process of applying for colleges that I wasn’t sure that I wanted to go to college. Part of me was just like, ‘Maybe I should just go back to Korea. Serve in the military. Go find a future there.’ It was uncomfortable for me to put together that I had spent my entire life here thinking I was just like everyone else—and suddenly I wasn’t like everyone else. I didn’t know how to fix that.

But, my parents were extremely supportive. Especially with things like filling out my first DACA.

My dad had prepped the conversation in his mind and did all his research. The same night that I was applying for it, and he was telling me I was undocumented, he also told me about DACA. And it wasn’t until I started thinking about it and applying to college that I realized that DACA was going to come in really handy. I’m really, really lucky and privileged I was born at the right time and in the right place.

Lots of people who came before me who were undocumented never had DACA. And also, as I was applying to colleges, it turns out that Berkeley—which is a great school and one of the schools I wanted to go to—had one of the best programs financially, socially, and otherwise. So it was a pretty straightforward answer for me, that I wanted to go to Berkeley and that it was actually possible to get in.

I know, for me, DACA is one of the biggest reasons why I was able to stay at college and afford it. It’s a little complicated, for me, because I’m of the age to get drafted into the military in Korea for compulsory military service.

And, you know the biggest thing about DACA? It helped me work. By the end of my first year, I was working about two jobs consistently. I was going to support myself initially. Then, as I started saving some money, my folks got into some economic hardship. So a lot of that money was also going back home as well.

[quote position="right" is_quote="true"]I realize that for the average person looking at me, the chances are that they would never expect that I’m undocumented. [/quote]

So, one of the biggest things to me is that a lot of the narratives that you hear in the media tends to focus on the ‘Mexican immigrant’ that’s undocumented. And for me being someone that’s Korean and having a background of academic excellence, I’ve been able to use those kinds of privileges as protection. So, you know, I challenge people. Challenge the narrative. Push forward in places where other people feel unsafe.

I realize that for the average person looking at me, the chances are that they would never expect that I’m undocumented. That’s is a huge privilege. Something that I sit with every day. I wake up, and I think sometimes, ‘Today I can wake up and pretend that I’m not undocumented for once.’ A lot of people can’t have that.

Since the election, I’ve been a much bigger advocate than before. I’ve been participating in civil disobedience and things like that to doing legal work. I currently work at a nonprofit called Educators for Fair Consideration or E4FC. And I plan to go to law school afterward to do immigration law.

Being in that limbo, I think the hardest part is being in that layer. And realizing that I feel like I belong. There’s always a layer behind it that always makes me question myself. Things can be very basic (and) can be very big triggers. Like airports are really unsettling because it’s a place that could mean leaving my home and never coming back.

Small things like that really frustrate me. Sometimes in classrooms, people talk about immigration very nonchalantly, especially if it feels like it doesn’t affect them. So, it’s like, should I get involved? Should I step back? Sometimes the language people use—folks bring up the word ‘illegal’ a lot. Sometimes it’s tough to correct folks because you realize this is not a concern for a lot of folks. I carry something with me that other people can’t see, but I definitely know it’s there.

I barely remember Korea. But the hardest part for me and my identity was my grandmother. She always visited me. Then she (and my grandfather) passed away due to cancer. I think for me, it’s always been rough that I may have to face the reality that I may never see their graves. I’ll never be able to say my final goodbyes to them. And the fact that I’ve never been able to do that was tough. I grew up hearing people say they crossed the border to go to funerals or weddings or a friend’s place. And that’s one of the moments where it really hit me that it sucks to be undocumented.