The Musical Duet Made by a Composer and Fungus

Bringing a whole new meaning to the word “culture” 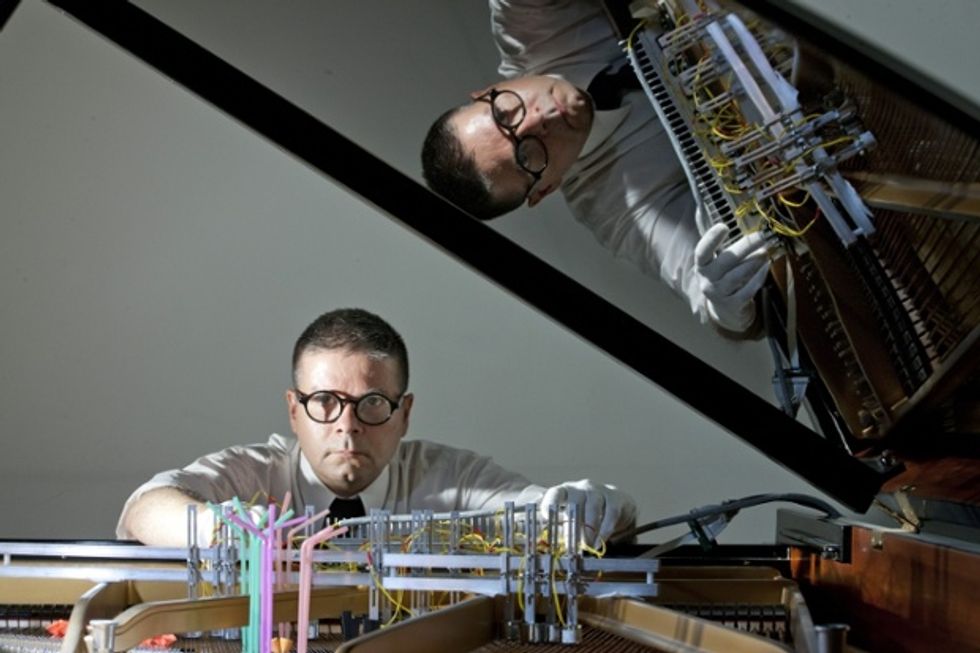 The Peninsular Arts Contemporary Music Festival, held in the UK, will receive a highly unusual entry this weekend—a duet created by man and fungus. Festival director and musician Eduardo Miranda’s latest work uses cultures of the fungus Physarum polycephalum, which functions as a key component of an interactive “biocomputer,” a machine that receives sound signals and formulates responses, according to the BBC.

The Guardian explains how the process works:

The product is the duet called Biocomputer Music.

Miranda compares his use of the biocomputer to the "aleatoric" techniques of the American composer John Cage, who used the I Ching (Chinese book of changes) and dice-throwing to determine some of his musical compositions.

“John Cage believed in chance, but not randomness. He wanted to harness a structure that was beyond his control. Here we have that effect, programmed in a living machine. I think this is John Cage’s dream realized,” Miranda told the Guardian.

Miranda’s research as a professor of computer science at Plymouth University has looked at how to use computers to create interactive musical compositions for years, but he appreciates the simplicity of this specific biocomputer processor.

“What I hear is very different from having a digital computer which I have programmed with strings of data—there is a component that is ‘thinking’, in an analogue, biological way. It’s not intelligent, but it’s alive. And that is interesting,” he told the BBC.

The video below provides greater detail regarding the design and mechanical details of Miranda’s piano and computer combination.