This pasta jar is really not what it seems. 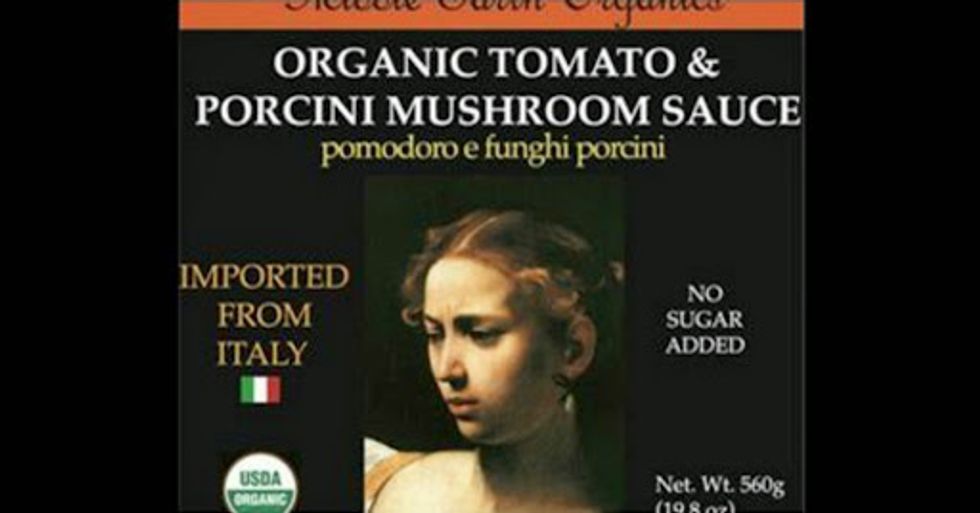 This article originally appeared on 08.16.18

Lately, art history majors have become something of a pop culture punching bag. Not only has the phrase become short-hand for “unemployable in today's economy," they've also been ridiculed by President Barack Obama on national television. But will the gentle art of aesthetic study finally get the last laugh?

Middle Earth Organics is known for their organic pasta sauces, each label featuring a famous Italian painting. While this would normally be an NBD, the painting they chose for their tomato and porcini mushroom sauce has been stirring up controversy online.

The woman in the painting above is not staring with intense concentration at a pot of delicious, simmering sugo.

The image is “Judith Beheading Holofernes," a painting by Caravaggio. Judith, seen above, is not making an al dente delight. Judith is cutting off some dude's head.