Scary, but there's still time to stop it 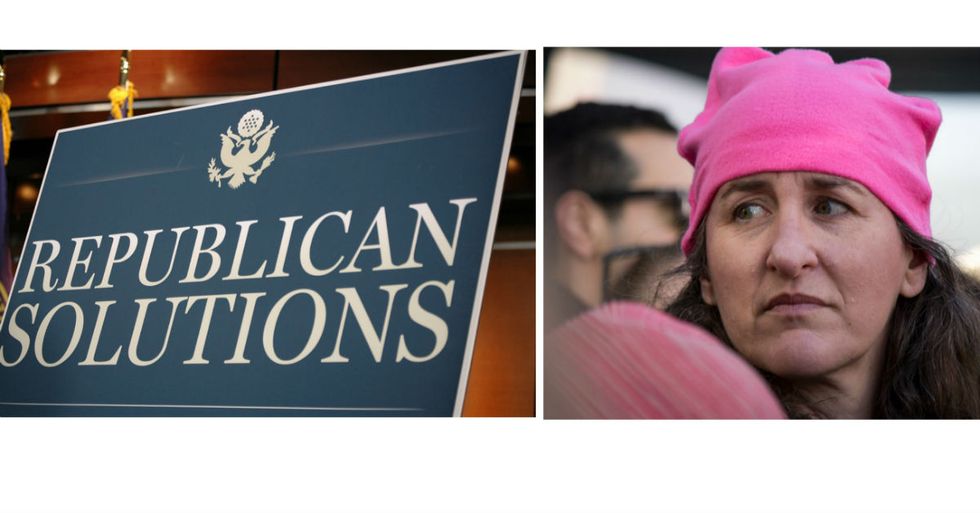 The current Republican health care plan reportedly has finally collected enough yes votes from its own party to pass a House vote on Thursday.

But the tenuous road ahead for the much-maligned effort just took a major hit when it was revealed that under its current language, the “repeal and replace” plan would label sexual assault survivors as having a “pre-existing condition,” setting people up to potentially be denied essential coverage.

Putting aside the obvious offensive nature of the language itself, this label would directly threaten the ability of assault victims to receive adequate health care coverage, as one of the “signature” elements of the Republican plan is a loophole allowing states to opt out of some of Obamacare’s signature provisions, most prominently rules that forbid insurers from charging people higher prices if they have a pre-existing condition.

In some ways, It’s not a new fight. Before the passage of Obamacare, many health care providers labeled sexual assault as a pre-existing condition and denied coverage on that basis. Protecting coverage access for anyone falling under the pre-existing label at least guaranteed coverage, even if it didn’t require providers to change the offensive nature of the label itself. But if the Republican bill does become law, something that now seems increasingly likely, it would put sexual assault survivors back in a position they haven’t faced in nearly a decade.

If there’s a silver lining, it’s that the bill still has a long way to go before potentially reaching Donald Trump’s desk. First, it has to pass the House. Then, it heads to the Senate, where concerns from more moderate Republican lawmakers will likely force the bill to undergo revisions. And assuming that happens, the two bodies will then have to work out a bill they can ultimately agree on, something that could be quite difficult when the right-wing dominated House has taken so long to reach a fragile agreement.

That leaves advocates a window of time to lobby members of Congress and the White House itself to correct the language before facing a public relations disaster that’s also a personal disaster for those potentially affected by it.