“You are who you are, you can’t change it” 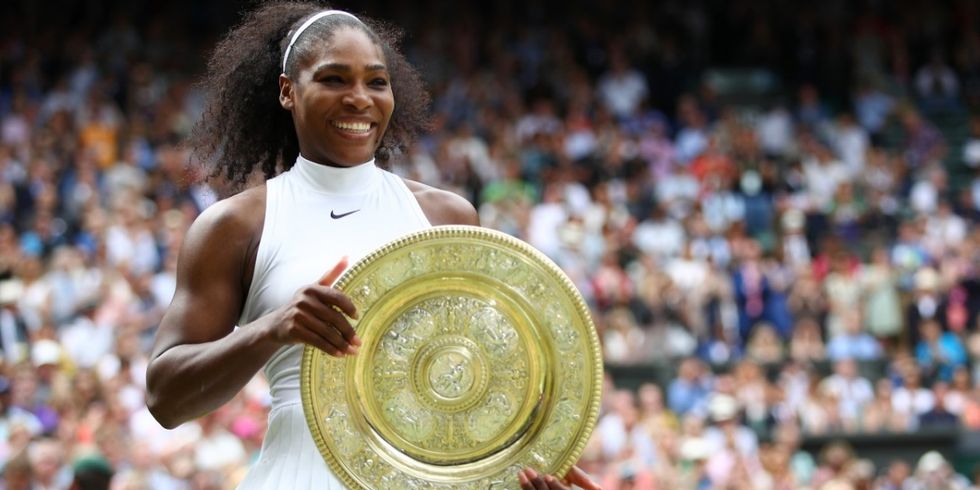 The first time Serena Williams won a major tennis championship was in 1999. It was at the U.S. Open in Flushing Meadows, New York, and she was 17 years old. She was still one month out from being legally allowed to vote.

The gap between her first and second titles was the longest major drought of her career. Williams didn’t win another grand slam after her first U.S. Open victory until 2002, but once she put number two on the mantle, the world’s top-earning female athlete has been the closest thing to unstoppable we’ve ever seen on a tennis court, with 22 grand slam trophies to her name, tying her for second most wins of all time with the legendary Stefi Graff.

All of this just goes to show that no matter how great you are, no matter how peerless your performance in your chosen field, if you are a woman, discussions about your success will always come with caveats attached. Even though Williams is arguably the best female athlete in the world, even though she has won a major title in three consecutive decades, and even though she, coming up on age 35, still appears to be her own single biggest threat on the court, Serena Williams still has to confront criticism about her body and her gender.

Just two years ago—in other words, when she was 17 grand slam titles into her career—Williams and her sister, Venus, were referred to as “the Williams brothers” by the president of the Russian Tennis Federation. And at the start of this year she had to respond to the CEO of Indian Wells saying that women just “ride on the coattails” of their male counterparts. (He has since resigned his position.)

Shortly before the start of the Wimbledon tournament, which Williams just won, she was interviewed by the Guardian and asked about her history with people criticizing her body, saying,

“I guess it’s a part of being in the public eye. You have to accept that people are going to have a say, whether it’s your body, or your face, or your hands. It could be your feet. Nothing is off limits. I think that’s why, growing up, my mum—not consciously, subconsciously—taught myself and all my sisters to be so strong. It prepared me for these moments.”

And it’s not just being called a “Williams brother,” either. Throughout her career the tennis superstar has either been, “too muscly and too masculine, and then a week later too racy and too sexy,” as she put it to the Guardian. And to win the ongoing battle against the haters, which almost seems like a bigger inconvenience than her on-court foes at times, Williams says she constantly returns to the advice of her mother, and the knowledge that she can’t please everyone.

“[My mom] always taught us to love ourselves and I think that is a wonderful message that I spread now to so many females. It’s really important. You are who you are, you can’t change it. And you’re beautiful…

For every negative comment, there’s a million good comments. I always say, ‘Not everyone’s going to like the way I look.’ Everyone has different types. If we all liked the same thing, it would make the world a really boring place! What matters most is that I like myself.”