How The Mighty Sweet Potato Will Save The World

This sexy tuber is having its moment 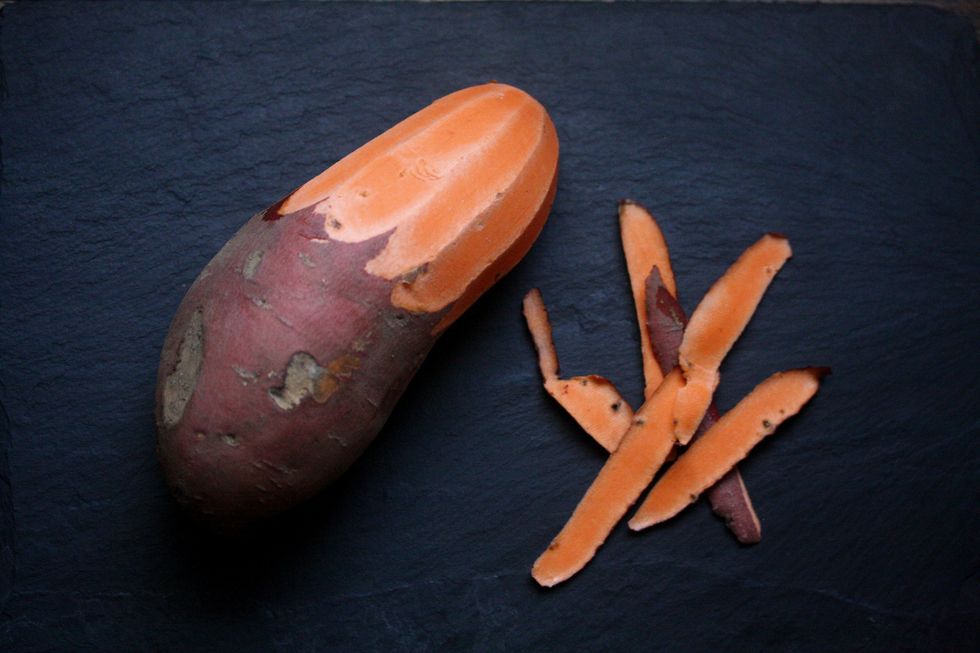 The last time you talked about sweet potatoes, we’re guessing it was nothing too profound. Something like, “Sweet potato fries are the bomb dot com!” or “Hey guys, what’s the difference between a sweet potato and a yam?”

But what if we told you sweet potatoes just might be a godsend for millions of malnourished global citizens?

This week four scientists with a sweet potato specialty (what a life) just won the World Food Prize. Their work has been simple but profound—boosting the Vitamin A and other nutrients in this easily cultivated staple crop, thus combating malnourishment in developing nations.

Vitamin A in particular has been a touchpoint for millions of impoverished individuals around the world. Research has shown that, for instance, giving a Vitamin A capsule every six months to malnourished children could reduce their death rates by 25 percent.

One highly controversial solution is the genetically modified organism (GMO) Golden Rice, jacked up with loads of Vitamin A. Proponents of this crop frame it as the poster child for why GMOs are a boon to humanity. Opponents say that we should rely on organic ways of delivering Vitamin A, a naturally occurring element in some vegetables.

Enter the humble sweet potato. Maria Andrade of Cape Verde, Robert Mwanga of Uganda and American Jan Low, all of whom work at the renowned International Potato Center in Peru, and Howarth (his nickname is “Howdy”!) Bouis of the DC-based HarvestPlus, have all spent many years researching sweet potato biofortification.

According to Dan Charles of NPR, who trailed Andrade back in 2012, sweet potatoes are rich in beta-carotene, the nutrient which gives its distinct orange hue (see also: carrots). But the sweet potatoes in impoverished countries like Uganda and Mozambique have yellow or white flesh—their nutritional value is much lower.

So the researchers took varieties of sweet potato that are much closer to what we eat here in the U.S., then figured out which ones would grow best in African soil. From 2007 to 2009 they distributed samples of these tubers to 24,000 farming households—the results were astoundingly positive.

It should be noted that biofortification can involve genetic modification; these sweet potato researchers used conventional breeding methods, however. It should also be noted that past winners of the World Food Prize have been GMO researchers—it’s not a dealbreaker.

Thankfully the sweet potato research evades all GMO controversy; Golden Rice crops have been destroyed by activists in the past. And part of the researchers’ work is straight-up evangelism, convincing farmers to replace pale sweet potato varieties with their vividly hued cousins.

"We are still doing this: theater in villages, singing about orange flesh sweet potato, how good it is, how you feed it to your children, and showing recipes so that they get used to it," Andrade told Charles. One only hopes that sweet potato fries are included in the recipe book.