A Turning Point For Turkey—And Democracy Across The Globe

The far-reaching consequences of the president’s expanded powers 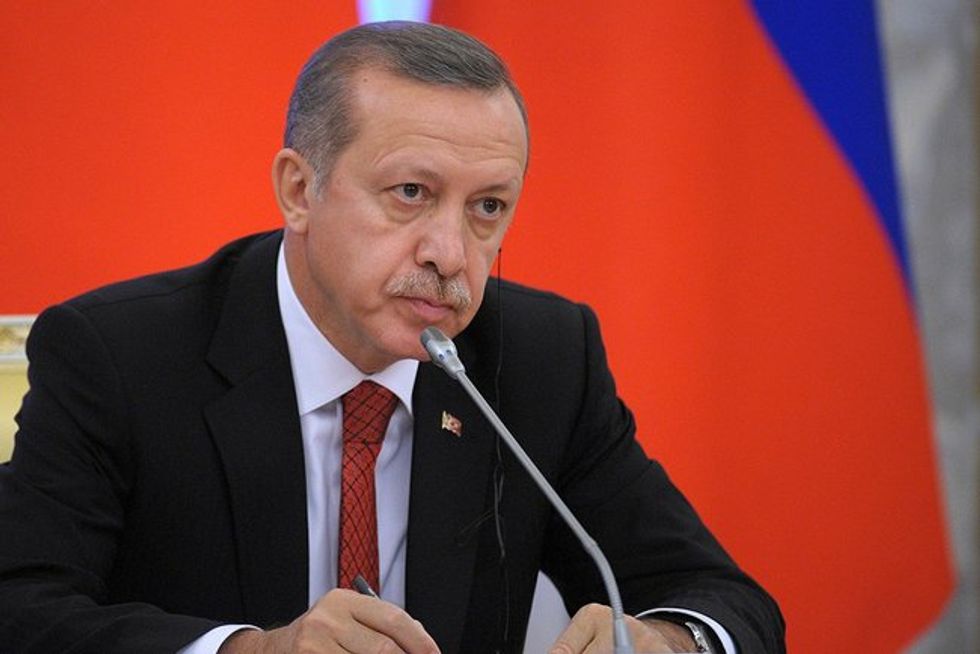 Turkey’s April 16 referendum will be long remembered as a turning point in the country’s political history.

Turks were asked to grant additional executive powers to President Recep Tayyip Erdogan, bringing an end to the separation of powers. The 18 proposed constitutional amendments grant the Turkish president sweeping authority over the executive, legislative and judiciary branches, including power to dismiss the Turkish Grand National Assembly and autonomy in drawing the state budget with minimal parliamentary oversight and directly appointing 12 members of the 15-member Constitutional Court. The post of prime minister will also be eliminated to make way for an executive president.

The meager 51.4 percent “yes” vote shows a divided Turkey. In main urban centers and western Turkey, people overwhelmingly voted against the executive presidency, while rural and poorer segments of the Turkish society mostly voted in favor of strong-man rule.

The “no” campaign has called for the cancellation of the vote due to fraud. They argue that the High Electoral Board unlawfully allowed for the count of 1.3 million unofficiated “yes” ballots halfway through the count, tilting the result in favor of Erdogan. A group of international observers has also voiced concerns over the legality of the referendum.

Let’s take a look at how a once trustworthy NATO ally, an aspiring EU candidate and an emerging power came to the brink of autocracy.

Erdogan’s AKP, the Justice and Development Party, has been running the country since 2002. This 15-year-long journey started with a series of democratization reforms supported with steady economic growth.

Ever since his days as the mayor of Istanbul during the 1990s, Erdogan has built his political career as a crafty politician willing and capable of making temporary deals with nonconventional partners against common enemies. For example, Erdogan’s persistent struggle against the Turkish military’s influence over the regime helped him gain the alliance of the secretive Fetullah Gulen network.

I’d argue that liberals in Washington, D.C. and in European capitals misread Erdogan’s ambitions. They saw him as an open-minded reformer who could bring Islam and democracy together at home and abroad. Barack Obama visited Turkey on his first major foreign trip in April 2009 to underline Turkey’s unique role in the Middle East. I myself recently edited a volume that examines a period (2007-2011) when Turkish diplomats and businesspeople served as mediators in different parts of the world from the Western Balkans to Somalia, from Golan Heights to Afghanistan.

But that period was short-lived. The turning point in Turkey’s slide toward authoritarianism came as the result of a major miscalculation in international politics.

In 2011, in the wake of the revolutionary uprisings in Tunisia, Egypt, Yemen, Libya and Syria, Turkey’s former Foreign Minister Ahmet Davutoglu saw a great opportunity for Erdogan and his AKP to leverage Turkey’s liberal Islam model elsewhere in the Middle East.

Erdogan unconditionally supported Islamist groups across the region under the disguise of supporting democratization against dictatorships. Even after the revolution in Egypt failed, Erdogan persisted in pursuing pro-Muslim Brotherhood policies across the Middle East. As the Syrian civil war raged on, Turkey allowed jihadist fighters to cross from Turkey into Syria to fight against the Assad regime.

With time, Turkey’s sizable democratic and liberal-minded population began to react against the growing government intervention in their way of life. The Gezi Park protests in summer of 2013 started against the demolishing of a central city park in Istanbul to build a shopping mall. However, it quickly turned into a widespread pro-democracy show of force against Erdogan and his brand of Islamist politics. This drove Erdogan to relinquish his ties with his former liberal allies.

Another thorny issue for Erdogan has been making peace with the country’s 14 million Kurds. Kurds have been demanding political and cultural autonomy from the central government in Ankara. Clashes between the the Kurdistan Workers Party (PKK) and Turkish military have cost lives of more than 40,000 people over the last four decades.

When official peace talks began between Abdullah Ocalan, the imprisoned leader of the PKK, and President Erdogan, a sense of optimism prevailed in the Kurdish towns of Turkey. But the peace process lacked parliamentary oversight, and it collapsed when Ankara refused to help the Kurdish fighters surrounded in September 2014 by the Islamic State in Kobane, Syria – just a few hundred yards from the Turkish border.

The following summer, the AKP lost its majority in parliament when a pro-Kurdish party won a record number of seats. As a result, Erdogan unilaterally ended the peace process with the PKK. He built a new alliance with ultra nationalists that carried out retaliatory attacks in Kurdish population centers, further alienating the Kurds from the country’s political mainstream. Many elected Kurdish MPs and mayors have been imprisoned since the failed coup attempt in July.

Erdogan’s last and most formidable enemy turned out to be his former ally, the U.S.-based cleric Fetullah Gulen and his secretive and extensive network. Erdogan believes the Gulen network was behind the failed coup attempt of July 2016. He alleges the Gulenists wanted to retaliate against Erdogan’s punitive measures against their education, business and media networks in Turkey which began after corruption allegations against Erdogan and his family.

Turkey has been living in a state of emergency since July 2016. Erdogan claims that the new executive powers granted him in the referendum will allow him to single-handedly cleanse the enemies of the nation from the judiciary, military and media. Already, thousands of people have been forced out of their government jobs and put in high-security state prisons due to allegations of being a member of the Gulen network.

Is democracy dead in Turkey?

The 51.4 percent “yes” vote certainly seems to mark the beginning of the end for Turkey’s fragile democracy. However, Erdogan’s clear defeat in Turkey’s urban centers and in the western part of the country suggests that a self-confident pro-democracy movement could make life much more difficult than Erdogan expected in the coming months and years.