“The women of this world are constantly fighting against a hatred that men do not see.” 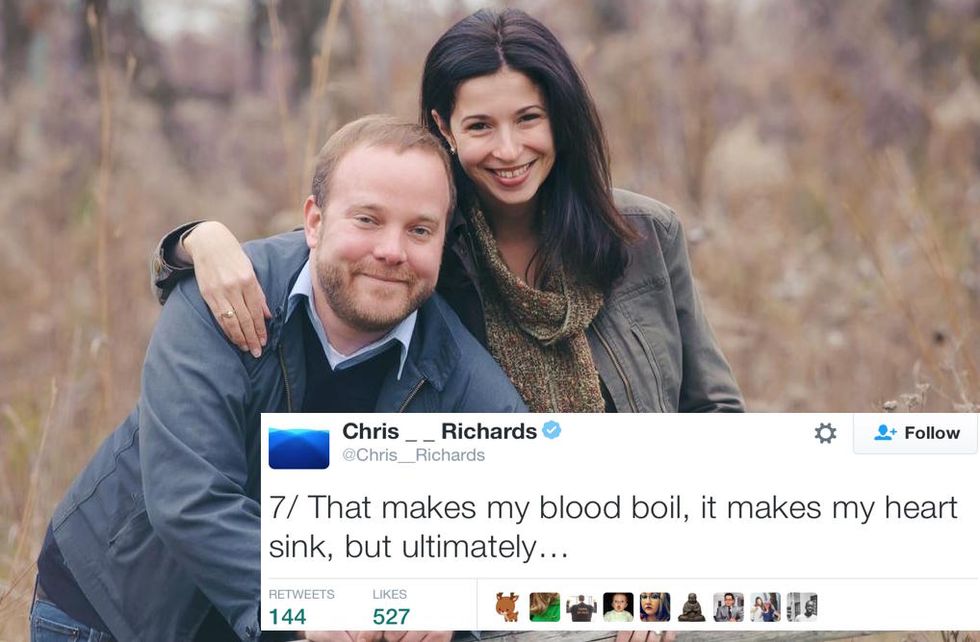 This article originally appeared on 12.08.16

On Wednesday, The Washington Post's pop music critic Chris Richards — who is married to Washington Postfeature writer Caitlin Gibson — celebrated a “not uncommon, but always cool" moment in his marriage: The husband-and-wife duo each had stories running on the same page of the paper's Style section.

The stories could hardly be more different in tone or subject matter: Gibson focused on a young girl's heartbreaking firsthand Twitter accounts of war-ravaged Syria (“The tooth fairy is afraid of the bombing here, it run away to its hole"). Meanwhile, Richards drummed up some juicy Grammy drama in a piece about Beyoncé and Adele. Yet internet trolls found reasons to leave disturbing messages in both writers' inboxes.

Richards noticed a stark difference between the hate mail he and his wife received: Hers was rife with sexist name-calling while the insults he received were mainly limited to perceived faults in his story, not his gender.

In addition to shining a light on sexism, Richards' foray into Twitter commentary taught him another valuable lesson: Counting isn't his strong suit.

Meanwhile, Gibson cheered on her husband's statements. Though 2016 has three more weeks to go, we'll go ahead and say it: This reporter pair is our GOOD Couple of the Year.