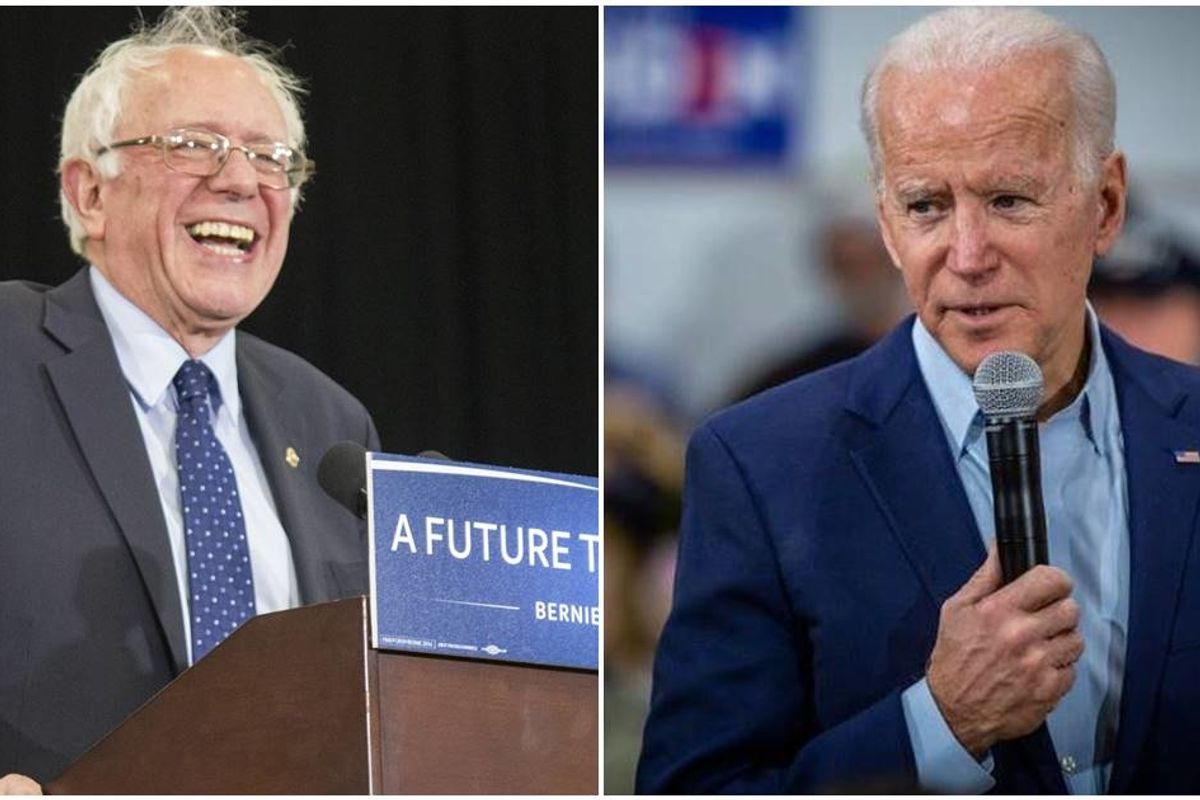 Biden held a nearly insurmountable delegate lead over Sanders and a handful of states had delayed their primaries due to the coronavirus.

The announcement appears to end any chance that the 78-year-old Democratic Socialist will ever ascend to the presidency. However, that doesn't mean that Sanders' progressive vision of America will never become a reality.

In the world of politics, movements that begin with one leader's bold assertions often aren't realized for another generation. Bernie Sanders has inspired an entire generation of new politicians to fight for Medicare for All and free higher education, and shine a light on income inequality.

Many of Sanders' bold policy proposals that once seemed extreme are now mainstream ideas within the Democratic Party.

"I cannot in good conscience continue to mount a campaign that cannot win and which would interfere with the important work required of all of us in this difficult hour," Sanders said in his announcement.

Sanders gracefully passed the torch to Biden and vowed to work with him going forward.

"Today I congratulate Joe Biden, a very decent man who I will work with to move our progressive ideas forward," he said.

Joe Biden responded to Sanders' campaign suspension with a heartfelt letter to both the senator and his supporters. The letter echoed the respectful manner in which the candidates addressed each other during the campaign. A refreshing sight in the Trump era.

"Bernie has done something rare in politics," Biden wrote in a Medium post. "He hasn't just run a political campaign; he's created a movement. And make no mistake about it, I believe it's a movement that is as powerful today as it was yesterday. That's a good thing for our nation and our future."

He praised the senator for challenging the status quo.

"And to your supporters I make the same commitment: I see you, I hear you, and I understand the urgency of what it is we have to get done in this country," Biden wrote. "I hope you will join us. You are more than welcome. You're needed."

The former vice president ended his letter with an appeal that supporters of both candidates can get behind.

"Together we will defeat Donald Trump. And when we do that, we'll not only do the hard work of rebuilding this nation — we'll transform it," he concluded.

Sanders supporters who are upset about his decision can find solace in the political career of Arizona Senator Barry Goldwater.

Although this example comes from the complete opposite of the ideological divide, in politics, what is past is prologue.

Goldwater was a forefather of "movement conservatism" in the '60s that promised to stop business regulation, cut welfare and taxes, and curtail the Civil Rights movement.

While he got absolutely killed in the 1964 election against Democrat Lyndon Johnson for having ideas deemed too extreme, the seeds he planted during his run completely transformed a generation of Republicans and eventually led to the Reagan Revolution in 1980.

It's easy to see parallels with Sanders. He created a political movement that has brought political ideas that once seemed too extreme to the mainstream of the Democratic Party. He has inspired tMillennials to embrace Democratic Socialism and we are already seeing a new generation politicians inspired by his ideas such as Alexandria Ocasio-Cortez.

It's quite easy to see that in four, eight, maybe twelve years, when Millenials ascend to the forefront of political power in the U.S., a candidate that has taken the mantle of Sanders could win the presidency.

Even though Sanders is no longer running for president, that fight still goes on.

From Your Site Articles
Related Articles Around the Web
bernie sanders
Trending Topics
THE DAILY GOOD
Start your day with something GOOD.
Trending Stories