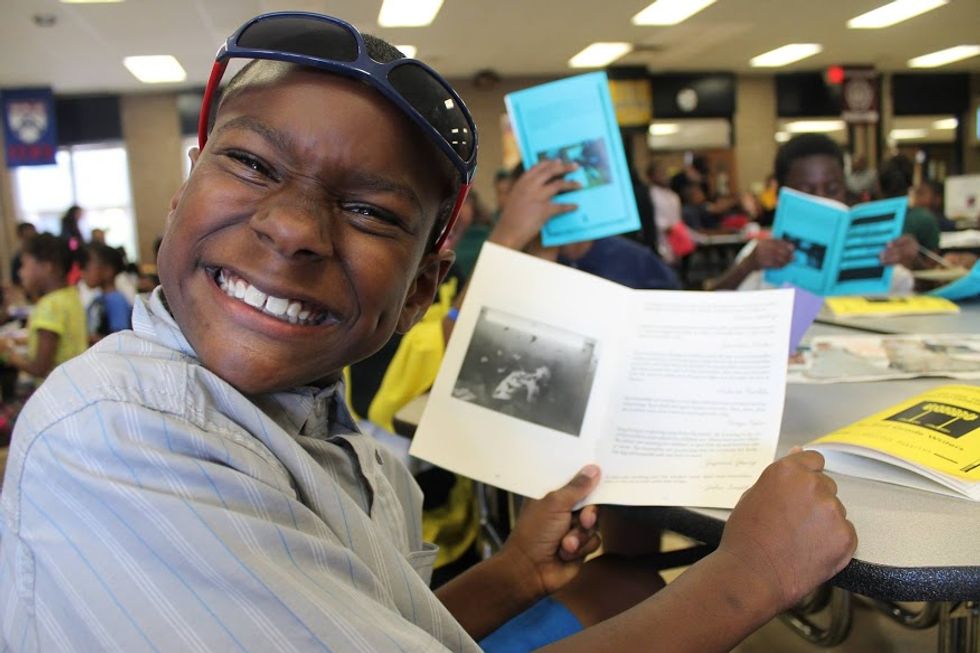 From the ghosts of tortured slaves at LaLaurie House in the French Quarter, to the spirits said to lurk in St. Louis Cemetery No. 1, New Orleans has a reputation as one of the most haunted places in the United States. But when the New Orleans Haunting Supply Company opens its doors in the 7th Ward later this year, it’ll be another reminder that the true spirit of the Big Easy has always been more than supernatural.

That’s because the store will open as part of 826 New Orleans, a new location of national student creative writing and tutoring nonprofit 826. Writer and philanthropist Dave Eggers and educator Ninive Calegari founded 826 in San Francisco’s Mission District in 2002. Since then, it has blossomed into 826 National, a network of chapters that teach creative and expository writing to roughly 35,000 low income students in seven major cities. Every location includes a public-facing store that takes its name from local culture or history.

[quote position="full" is_quote="true"]Empowering students to write and have their voices heard is essential to building a more equitable and inclusive future.[/quote]

New Orleans will be 826’s eighth center, and its first in the South. “We work in cities that have distinctive cultures, turbulent histories, and historic racial and economic divisions. And we believe that empowering students to write and have their voices heard is essential to building a more equitable and inclusive future,” Gerald Richards, CEO of 826 National said in a statement. “New Orleans has always been a city where we wanted to build a deeper impact.”

Fortunately, 826 won’t have to start entirely from scratch in the city, since it’s building on the work of local youth writing nonprofit Big Class. “I had 43 first-graders in my class in the 2010-2011 school year. So I had a literal big class,” says its executive director, Doug Keller, with a laugh.

Keller was so inspired by 826 that he decided to publish a book written by his students. Other educators and community members around New Orleans were so interested in this intersection of education and the arts, that Keller left his job as a classroom teacher and devoted his time to expanding Big Class. It served about 1,500 students in the city during the 2016-2017 school year. Once the transition to being 826 New Orleans is complete, Keller anticipates they will be able to double their impact in the first year.

New Orleans Haunting Supply Company and the rest of the 826 New Orleans center are being built in Sacred Heart at St. Bernard, a new mixed-income housing and community complex. “We’re in a two-mile radius of 14 public schools, which is a major reason we selected that neighborhood,” says Keller.

The need for that expansion is certainly there. About 92 percent of the 31,000 students enrolled in the city’s Recovery School District (which was formed in the aftermath of Hurricane Katrina) come from low-income homes, and only 56 percent of kids K-12 scored proficient on state standardized tests.

“I think there’s a lot of razor sharp focus within our schools on reading and math—we need to get the test scores up before we do anything else,” says Keller. “I think there is so much more that [students are] interested in.”

Research by the Carnegie Corporation has found that “writing is an often overlooked tool for improving reading skills and content learning.” But what really sets 826 apart is that teaches kids how to write by encouraging them to be weird and imaginative. “One of the key tenets that we’ve seen young people respond to is getting to write about what they want to write about and just getting it down on paper,” says Keller.

[quote position="left" is_quote="true"]Our students are real authors and their stories, their books, are just as important as anyone’s.[/quote]

Student voice is so central to Keller’s work that he had the kids from Big Class come up with the theme for 826 New Orleans. “We went through a design-thinking process with our students, thinking about what would people in New Orleans want to go to that really speaks to the city,” he says. They considered a Mardi Gras theme, voodoo, and music, but eventually settled on ghosts.

“We’ve talked about the idea of spirit and being spirited, and the spirits of this historical neighborhood and how we honor our history through that theme,” says Keller. It has “that silliness and creativity at the heart of it, but we’re also figuring out ways that it can connect with a lot of different purposes for the store.”

To that end, the New Orleans Haunting Supply Company will sell ghostly-themed accessories and knickknacks—as well as student-penned publications. Maybe the kids will write about the city’s spooky past or native son L’il Wayne—or perhaps they’ll tackle the fight over taking down Confederate symbols. Whatever they choose to explore, “The books that we’re going to be able to publish will be able to exist on the shelf next to any books about New Orleans—that piece is really important to us,” says Keller. “Our students are real authors and their stories, their books, are just as important as anyone’s.”