If you think all hope is lost for wildlife, you're wrong 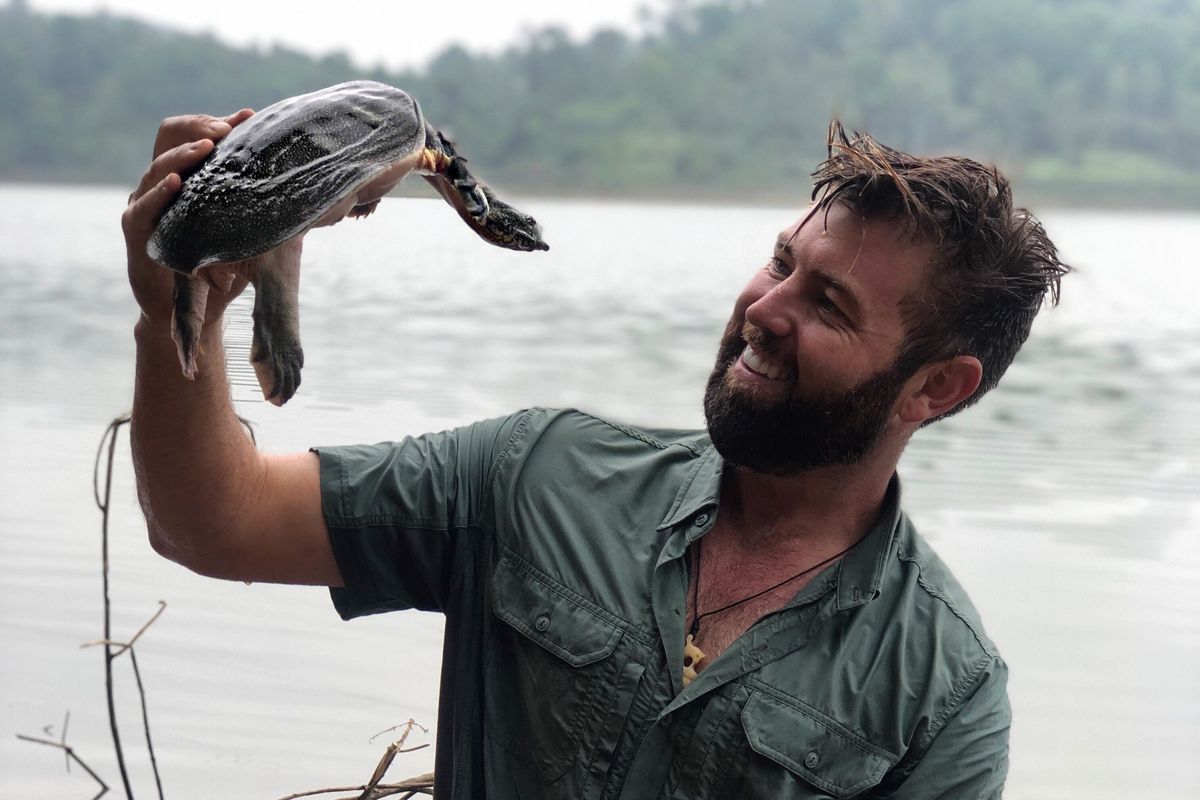 It's easy to become calloused to everyday headlines with messages like, "the world is ending" and "everything is going extinct." They're so prevalent, in fact, that the severity of these statements has completely diminished to the point that no one pays them any attention. This environmental negativity (coined "eco-phobia") has led us to believe that all hope is lost for wildlife. But luckily, that isn't the case.

Historically, we have waited until something is near the complete point of collapse, then fought and clawed to bring the species numbers back up. But oftentimes we wait so long that it's too late. Creatures vanish from the Earth altogether. They go extinct. And even though I don't think for a single second that we should downplay the severity of extinction, if we can flip this on its head and show that every once in a while a species we have given up on is actually still out there, hanging on by a thread against all odds, that is a story that deserves to be told. A tragic story of loss becomes one about an animal that deserves a shot at preservation and a message of hope the world deserves to hear.

As a wildlife biologist and tracker who has dedicated his life to the pursuit of animals I believe have been wrongfully deemed extinct, I spend most of my time in super remote corners of the Earth, hoping to find some shred of evidence that these incredible creatures are still out there. And to be frank, I'm pretty damn good at it!

Once an animal is listed as extinct, all funding to look for or work with that animal completely dries up, and why wouldn't it? Who is going to fund work on a creature that no longer exists? Well, I am. So I'm kind of the only one looking. The world is a big place and there are lots of corners to hide in. If you're an animal that has been prosecuted, you get very good at hiding very fast.

These exploits are fascinating, because along the way in looking for these extinct animals, I get to encounter and experience the amazing ecosystems and the even more incredible creatures that still do exist in these habitats. Bringing exposure to these areas and animals is arguably just as important as the search for the lost creature itself. I am thrilled that my team and I film these expeditions and they can be seen on our Animal Planet show, "Extinct or Alive." In fact, if you have ever wanted to see exactly what it's like to find an extinct animal, you can tune in on October 23th as the premier episode highlights my team and I uncovering a giant Galapagos tortoise species not seen in 114 years! But enough about plugging that. Let's go back to why "If you think all hope is lost for wildlife, you're wrong."

Forrest Galante on Instagram: “The clues are piling up to one of the biggest biological discoveries in a century! 🐢 You are not going to want to miss it! Any guesses as…”

Being the pursuer of extinct animals, you would expect me to, quite frankly, have no success at all. The odds are one in a million each and every time I set out to look for something that is extinct. I might as well be looking for Bigfoot or Nessie...Right? Wrong. Wrong because these are real creatures that we know did exist up until recently and if someone with the right skill set goes and looks, you might just find what you are looking for. If those odds are one in a million, then I should really start playing the lotto, as I now have three known rediscoveries (Zanzibar Leopard, Fernandina Tortoise, and Pondicherry Shark) to my name, and I can tell you this, once the new season of "Extinct or Alive" comes out, there will be more.

The striking imagery of these wild animals will be something people who don't want to travel to the ends of the Earth, get a bazillion bug bites, and jungle sickness can experience. This transcends the mission; it's bigger than a man looking for an extinct creature. Showing people these pockets of wild rugged nature will show people not all hope is lost.

It's extremely hard to articulate the overwhelming amount of shock, excitement, and flat out amazement that one feels when holding an animal in their hands that is believed to be extinct. It's the hope that it's not too late for the species, the hope that what we have found will make a difference to conservation, and the hope that we can right our wrongs and do everything in our power to save this creature, and all creatures that are now truly on the brink.

The new season of "Extinct or Alive" returns to Animal Planet on October 23th.

From Your Site Articles
Related Articles Around the Web
Trending Topics
THE DAILY GOOD
Start your day with something GOOD.
Trending Stories
Health