How To Make It (A Libyan Tuna Sandwich) In America

Why a suitcase full of canned fish spells home 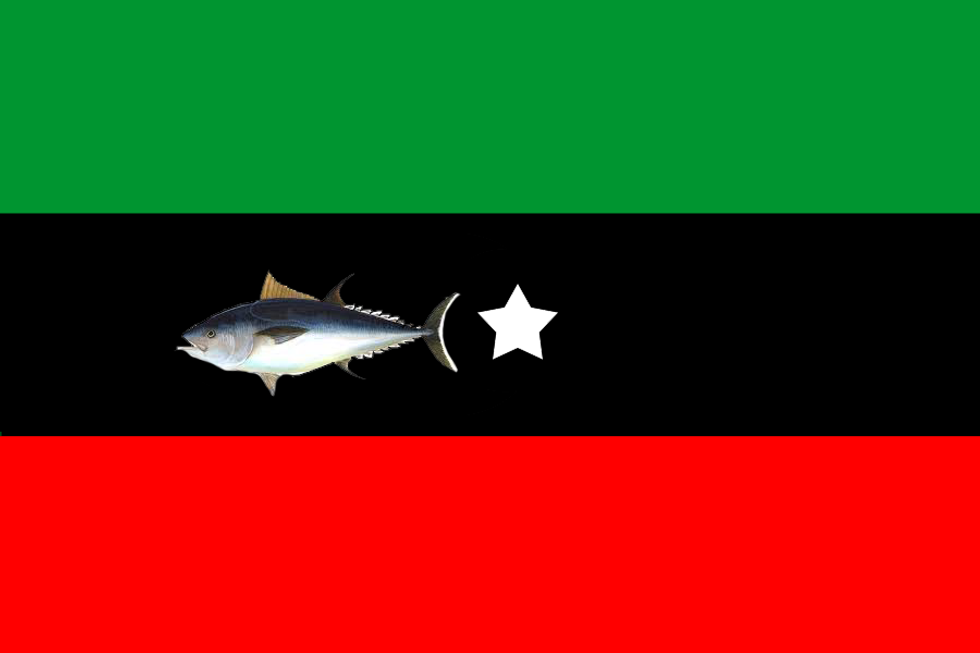 Here is how you make a Libyan tuna sandwich: 1) Take one French roll, purchased early in the morning from the bakery down the street, where they pile the bread up in large bins and sell them by the dozen for one dinar. 2) Halve the roll, and slather the insides with harissa, a spicy North African pepper paste. 3) Pile the tuna (from a can, sourced from the Mediterranean) inside your sandwich. 4) Enjoy.

The tuna sandwich is a Libyan staple—a cheap, filling dish that is to Libyans what hot dogs are to Americans or what baked potatoes are to the Turkish. During the 2011 revolution, women would make lunch packs for the fighters and wrap notes around the tuna sandwiches that read, “We are with you. We will never forget your sacrifice.” A college professor of mine—a Jordanian man who taught political science—was once kidnapped and detained by militiamen in Derna, a city in the north of Libya, and when he finally returned home, he told his students that he had emerged from the experience with a strong distaste for tuna, because that’s all they fed him in captivity.

I grew up eating Libyan tuna sandwiches in my Libyan-American home in Cerritos, California. It is the first course of a three-course meal they serve at the Libyan American Association picnics my family still occasionally attends. On Sunday afternoons, when we are all too sluggish to make lunch, my mother will pile tuna sandwiches on the table and we’ll eat them throughout the day. The recipe is the same, but the components sometimes differ. They don’t sell French rolls at our corner store (not fresh ones, at least). Anyway, my father prefers baguettes instead—from the local French-Vietnamese bakery, Lee’s Sandwiches, where they pull bread off trays while they’re still steaming hot. During my childhood, he always bought an extra baguette, because we ate one, plain, in the car on the way home, sinking our teeth into its crunchy exterior, spilling crumbs on the seat. If there were more than two of us, we fought over who got to eat the ends.

Sometimes we make the bread ourselves, stuffing dough with tuna and baking it altogether. Sometimes we just use Pillsbury Crescent rolls.

My mom makes the harissa at home, crushing peppers, garlic, and spices into a fragrant paste in the food processor—but adequate replacements exist on supermarket shelves. My family loves the red rooster label sriracha, but the company also makes a chili garlic sauce that bears a startling resemblance to a basic North African harissa, though it isn’t as spicy.

When you are an immigrant, you learn to find substitutes for the things that gave you comfort in the place you once called home. The life my parents built for us in California was as close to one they would have had for us back in Libya. Our house was decorated in gilded accoutrements that many Americans might find gaudy or garish, everything gold and grandiose in a cheap imitation of wealth. We hooked our TV to a satellite that streamed Arabic channels from the Middle East. Guests were compelled to take off their shoes before they entered the house. Our home smelled like bukhoor (incense) and baharat (spices).

Displacement is traumatizing, and it can threaten your sense of self. Small adjustments like these feel like a protest, a resistance to the degradation of one’s cultural identity. My parents hoped that once you crossed the threshold of their home, you left America behind, borders and oceans and territory be damned. Theirs was an imaginative geography.

[quote position="full" is_quote="true"]All immigrants are artists because they create a life, a future, from nothing but a dream.[/quote]

Lately, I can’t stop thinking about a quote by Patricia Engel, a Colombian-American writer, who wrote that, “All immigrants are artists because they create a life, a future, from nothing but a dream.” When I read this for the first time, I couldn’t help but think of my mother, who wrapped shawerma in tortillas because we were out of pita bread or sprinkled feta cheese over her shakshouka, even though it is what the religious scholars would call bid’ah, an innovation against God. I think of how, as children, my siblings and I spoke to each other in a mishmash of Arabic and English, adding an –ing to “conjugate” the end of Arabic verbs we didn’t know the English words for (duaa, the word for “supplicate,” would become duaa-ing for “supplicating”) and how my brother, whose beautiful name is Mostafa, goes by Mo.

Sometimes these changes feel like a compromise, and the end product feels phony, facsimile—a cheap factory-made version of the real thing. When I went to Benghazi for the first time, at 10 years old, I learned what a Libyan tuna sandwich was supposed to taste like. They sold them, prepared, at street kiosks. My grandmother made them for me in the morning, served alongside hot tea.

My father mythologized Libyan tuna—he said it tasted better than any tuna he’s ever had in the States. On every trip back home, he would fill his carry-on with tuna cans. Sometimes he would take harissa as well. But he doesn’t do that anymore. Now, he says foreign ships fish all the tuna out of the Mediterranean and then resell it to global buyers like StarKist or Bumble Bee. And the tuna companies in Libya all buy their fish on the global market as well—the tuna you pick up on the shelves in Libya is more likely to have come from the Pacific Ocean than from the Mediterranean. So my father settles for regular American tuna, squeezes sriracha on top, and eats the whole thing inside a French-Vietnamese baguette. It doesn’t taste exactly like home, but it’s pretty close.