15 Of the funniest Obama and Biden memes 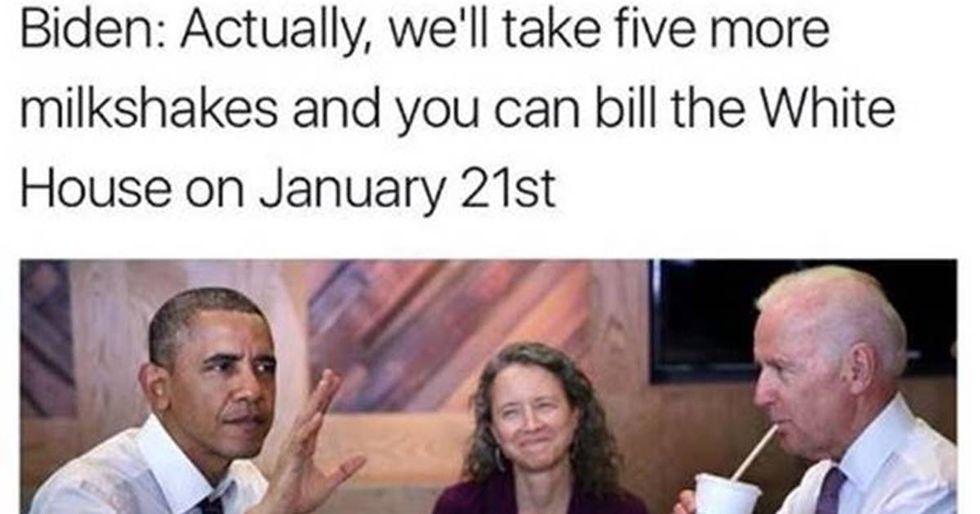 This article originally appeared on 11.17.16

As President Barack Obama and Vice-President Joe Biden wind down their eight years as Washington, D.C.'s dynamic duo, the Internet has been saying goodbye with some hilarious memes. Most feature Biden as a White House prankster, eager to spoil Donald Trump's transition into the oval office. While others show Obama face-palming after one of Biden's blissfully inappropriate remarks.