A Brief and Terrible History of Trendy Vegetables

From kale chips to pumpkin cream cheese, a review of our viral vegetable and pseudo-vegetable history. 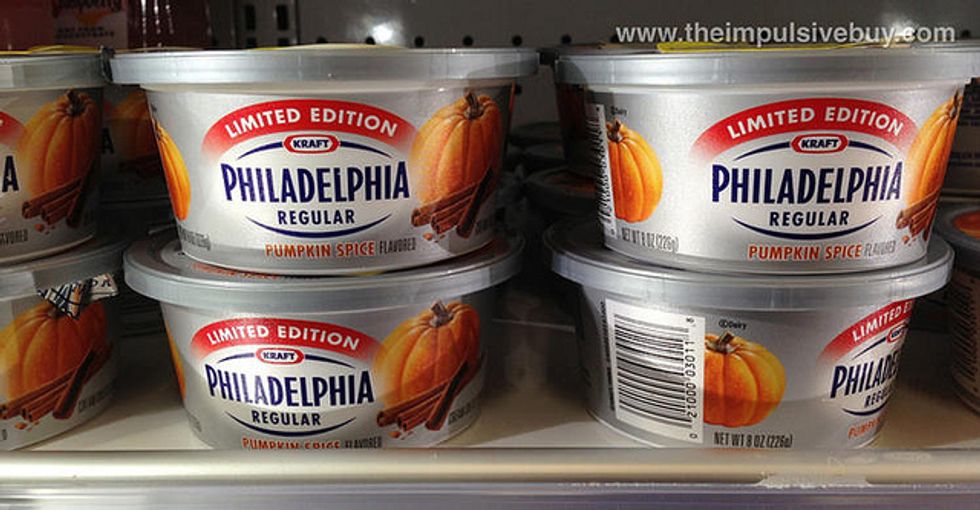 If you’ve spent at least one of the last three years in America alive, you’ve probably noticed some different variation of pumpkin product. Pumpkin spice chicken sausage, Pumpkin Spice Eggo Waffles, Thomas’ Pumpkin Spice Bagels, and most tragic of all—Philadephia Pumpkin Spice Cream Cheese. Since when did pumpkin leggo our eggos? What is the relationship between the New England pumpkin and the New York bagel? Who ever thought that cream cheese should integrate with pumpkin? When did the mania begin, and when will it end?

Sure, pumpkins may “technically” be fruit in the same way tomatoes are technically fruit (scientifically fruit, but culturally and emotionally—total vegetables). They, along with kale, ramps, and the highly overblown “frisee,” belong to a long a line of fresh produce that go spontaneously viral for no apparent reason. Some of the causes may be seasonal (“Want to taste autumn? Eat Pumpkin Eggos”), others based on hysterical scientific claims, while still others trend for ridiculously adorable reasons. Here’s a quick look at vegetable and pseudo-vegetable viral history—some of it based in real scientific fact, others grounded in outright nutritional hysteria.