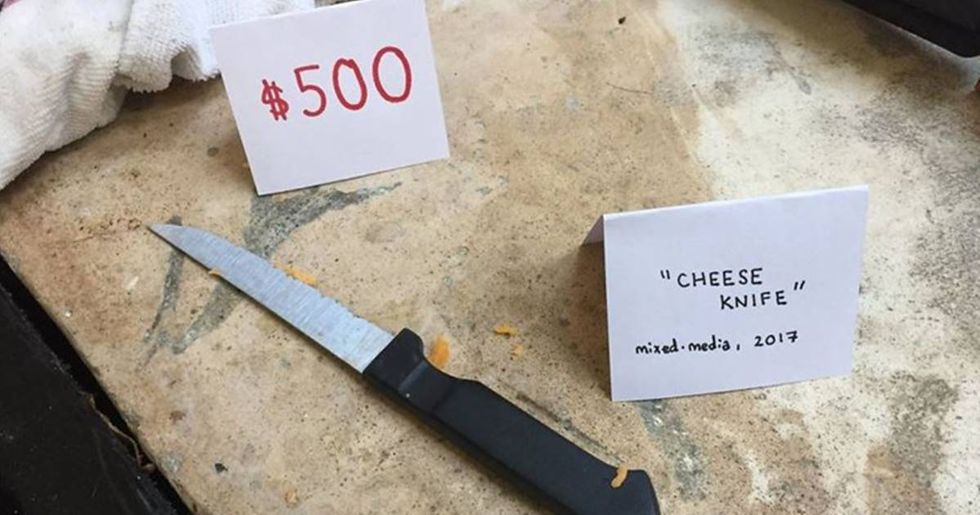 Just about everyone on Earth has had to deal with a messy roommate or family member. Comedian Justin Cousson found the best way to get back at his slob of a roommate was to turn his trail of domestic wreckage into a passive-aggressive art gallery. “I live in a house with three roommates, a cat, and one man-child we’re all a bit tired of cleaning up after,” he told BuzzFeed. “I started taking pictures of the messes, adding pretentious titles, and when it happened pretty much daily, I ended up with a large collection.”

After posting photos of his artistic endeavors on Twitter, he got responses from people around the globe who felt his pain. “I love that (the art project) has resonated with so many people around the world. Even if now they consistently send me pictures of trash for appraisal.” People are applauding Cousson for finding a creative way to vent his rage. “Something about this clearly appeals to peoples’ appetite for the most mild form of vigilante justice,” he said.