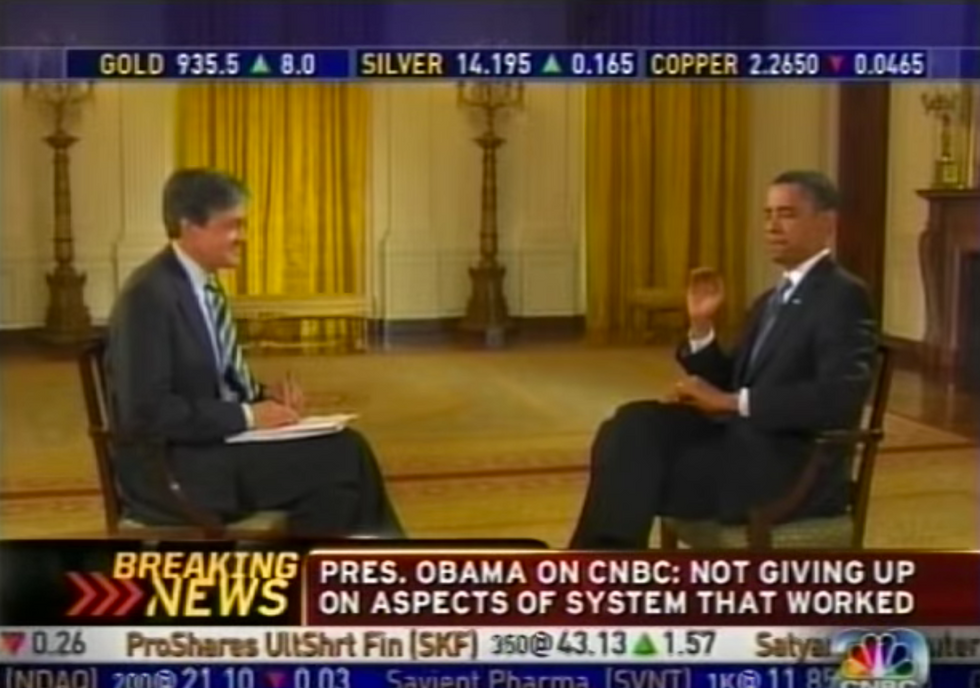 President Obama achieved a lot over the last eight years—economic recovery, universal health care, marriage equality, rapping in front of the White House—but perhaps his most graceful and historic act of leadership came five months into his first term during an interview on CNBC with John Harwood.

In the middle of a conversation about financial regulation, Harwood asked Obama whether “surgical interventions,” like stimulus packages for banks and auto manufacturers were “messing with the engine of capitalism.” During his response, Obama grew distracted by a fly buzzing around CNBC’s studio set in the White House.

“That’s the most persistent fly I’ve ever seen,” Harwood said.

The President of the United States slowly raised a curled right hand while watching the bug float toward his left armrest. When the moment was right, Obama slapped his right hand against his left, killing the fly.

“Now, where were we?” Obama asked, before flashing a smile to someone off-camera. “That was pretty impressive, wasn’t it? I got it. I got the sucker.”

Barack Obama is the only president to catch a fly on live television.