“Your boy could be out in the yard and somebody shoots him, how horrific is that?” 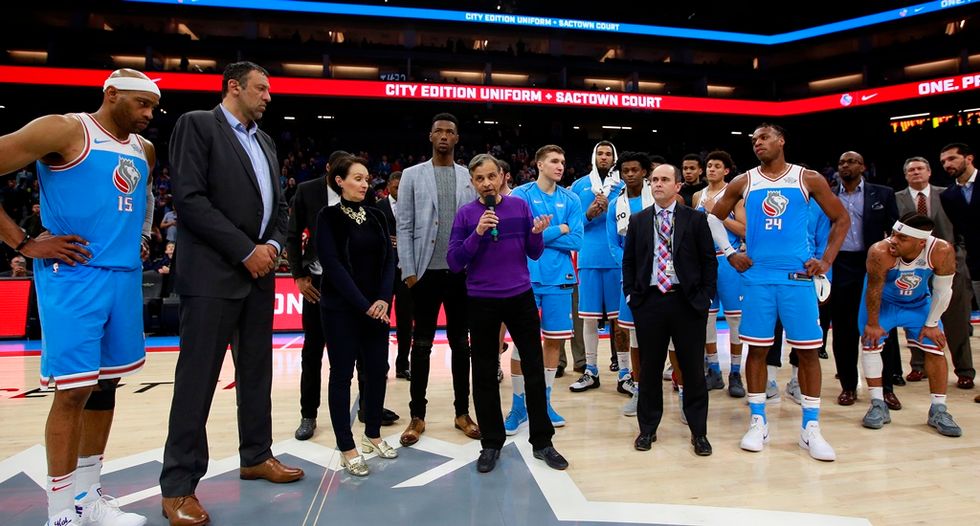 A game between the Sacramento Kings and the Atlanta Hawks was played in a nearly-empty arena on March 22, 2018, after residents gathered in front of the arena to protest yet another police shooting of an unarmed black man.

Stephon Clark was killed the previous week, on March 18, outside his residence after officers received a 911 call describing a suspect who had allegedly broken a series of car windows. Police fired 20 shots, hitting the 22-year-old Clark 10 times. The Sacramento County Sheriff’s Department said the officers discharged their firearms out of fear for their safety, but Clark was unarmed. The only item in Clark’s possession that might have resembled a weapon in Clark’s was his cellphone, which was discovered following the shooting.

“It was in a rose gold-colored case with a black clip on the back for holding items like credit cards,” Clark’s girlfriend and mother of his two children told The Sacramento Bee.

The sheriff’s department released video footage of the incident days after, on March 21, and it has served to fuel the outcries of activists and community members. “We need answers. The family needs answers,” Tanya Faison, an organizer with the Sacramento chapter of Black Lives Matter said, according to according to local station KCRA. “We need those officers to be fired because this was obviously a very huge injustice.”

An hour before the start of the Kings-Hawks game, hundreds of protesters traveled from city hall to the arena, where they locked arms, barring fans from entering. Ticket-holders who had not entered the arena were soon sent home by law enforcement due to safety concerns, the team said in a statement.

The opening tipoff was also delayed, but the Kings ultimately decided to play the game, regardless of the sparse crowd. They also opted to start without player introductions and without the national anthem.

Kings owner Ranadivé told USA Today that seeing the protesters and police had an emotional impact and a conflicting one. “I have boys. I have a boy right now, actually, in the military,” he said (his 30-year-old son, Andre, is in Special Forces training in North Carolina). “And I have young boys, and the thought that your boy could be out in the yard and somebody shoots him, how horrific is that?”

After the final buzzer, Ranadivé, team officials and a group of players gathered on the court to address those in attendance. It’s far from a condemnation of law enforcement or the use of lethal force upon black men, but Ranadivé said he and the team respect the protesters’ right to demonstrate peacefully. He also called the shooting a “horrific, horrific tragedy in our community.”

“We stand here before you, old, young, black, white, brown, and we are all united in our commitment,” Ranadivé said. “We recognize that it’s not just business as usual, and we are going to work really hard to bring everybody together to make the world a better place, starting with our own community, and we’re going to work really hard to prevent this kind of tragedy from happening again.”

Some players, like reserve guard/forward Garrett Temple, were less guarded in their criticism. USA Today quotes Temple, who didn’t play because of an ankle injury, as saying:

“I 100% agree with the protest outside. If I didn’t have a job to do I’d probably be out there with them peacefully protesting because what’s going on has to stop. It has to stop.”

Former Kings star DeMarcus Cousins, who was traded to the New Orleans Pelicans in 2017, has agreed to cover the Clark family’s funeral expenses.

According to The Washington Post, 232 people have been shot by a police officer to date in 2018.

From Your Site Articles
Trending Topics
THE DAILY GOOD
Start your day with something GOOD.
Trending Stories
Slideshows