One of the only oil companies to voice support for Black Lives Matter secretly funds politicians who say they don't. 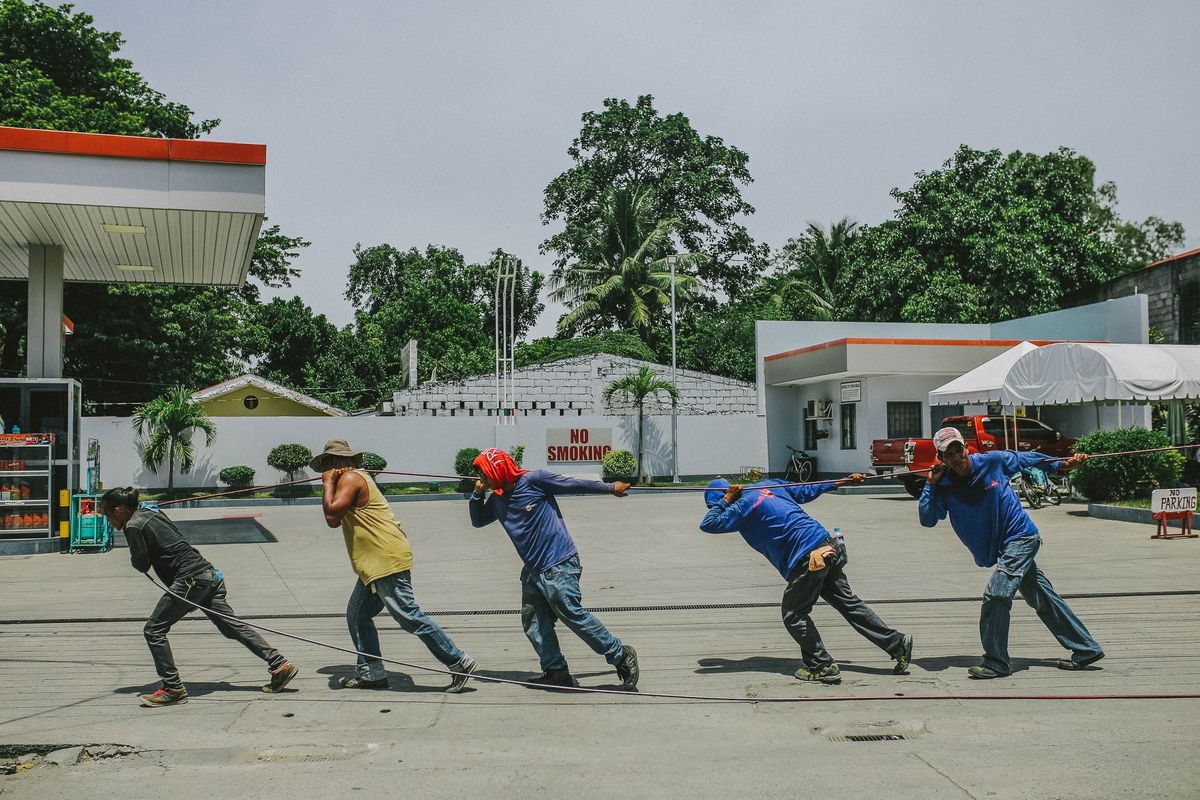 George Floyd's brutal murder triggered a seismic groundswell of protests. Corporations—Chevron among them—released carefully worded denouncements of racism and pledges of support. "Black Lives Matter," the oil behemoth tweeted (the sole oil company to do so), and attached a link, shooting you over to a page of statements written by company leaders. Predictably, despite being written by individuals, each statement inhabits the same corporate voice. In three separate statements, the phrase "The Chevron Way" appears—as in, "'diversity and inclusion is foundational to The Chevron Way," or "[these protests] challenge us to live by the values in The Chevron Way." The repetition of the phrase—a technique used in advertising to keep a brand or product in the forefront of a consumer's mind—is a clue that perhaps Chevron's main goal isn't allyship, but salesmanship.

When corporations co-opt political movements for marketing purposes, they risk a common critique: they talk the talk, but don't walk the walk. But it's worse. In many cases, they could be seen blowing up the walk, arguably blocking the path forward for those working for equality in earnest. Is Chevron, "the human energy company," among them, harnessing real human energy—born of deep pain and historic struggle—in service of an empty slogan?

The international nonprofit Global Witness found that, behind the scenes, the company funnels hundreds of thousands of dollars to politicians whose civil rights voting records earned "F" grades from the NAACP. Senators like Tom Cotton, who, having already earned his F due to a dismal civil rights voting record, doubled-down after George Floyd, writing a New York Times op-ed called, "Send in the Troops." Senators like Martha McSally, who proposed, apparently in jest, a border wall between California and Arizona, "to keep these dangerous criminals out of [the] state." Senators like Mitch McConnell, arguably the largest single roadblock to racial justice in recent years.

Health conditions disproportionately impact residents in Richmond, California, Chevron's home base since 1902: children have roughly twice the rate of asthma as in neighboring areas, and communities bordering Chevron's facility are in the 99th percentile for respiratory illness. Organizers have long fought for their health and safety, battling in the courts to try and hold Chevron to account for pollution violations and failed safety measures.

More than 80% of Richmond residents are people of color.

In the second half of the 19th century, the discovery of oil and the industrial revolution miraculously converged, minting a new breed of Very Rich Man. Oil earned itself a nickname: Black Gold. Now, as the oil industry comes under heightened scrutiny, and their past hypocrisy becomes more clear, that 19th Century nickname echoes in the mind, acquiring a new and disturbing layer of meaning.

Dear Chevron: You can't fund Sen. Cotton, who advocates for the deployment of the military against American citizens protesting police brutality, and tell us, "Black Lives Matter." You can't support Sen. McSally, who paints immigrants with a broad and bigoted brush, and simultaneously trumpet your, "foundational values of diversity and inclusion." You can't actively endanger the health and safety of your Black and brown neighbors—sacrificing lives in service of profit—and glorify, "The Chevron Way." Judging by your actions, if not by your tweets, "The Chevron Way" puts the dollar over diversity—the bottom line over Black lives.

Editor's Note: GOOD's parent company is a proud partner with Global Witness, sharing stories of their mission challenging abuses of power to protect human rights and secure the future of our planet.