At just 32, Bronfman has run an eco-friendly clothing line and even produced some of Kanye’s greatest hits. Now he’s shifting his focus towards the world of carbon capture technology. 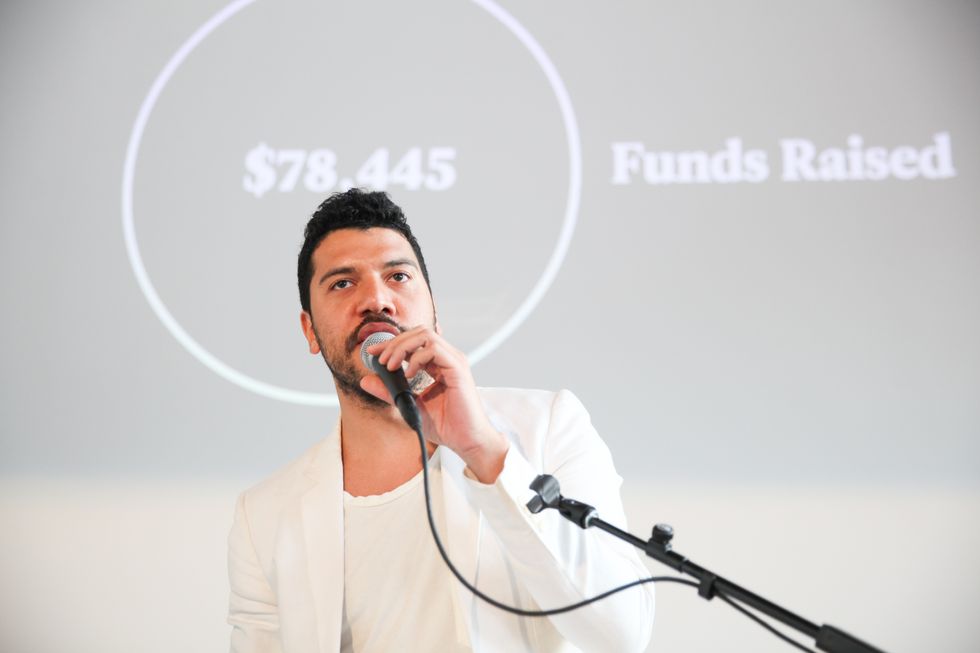 Bronfman hopes to appeal to a new generation of eco-entrepreneurs.

Musician and entrepreneur Benjamin Bronfman has packed an enormous amount into his 32 years. By the time he left Emerson College in the early 2000s he was already a part of a successful indie band, The Exit, and had created the groundwork for his musical collective, Teachers, the group that would ultimately produce Kanye West’s smash-hits ‘Monster’ and ‘New Slaves’. Bronfman has also been married once, to controversial multi-genre rapper MIA, with whom he has a child, Ikhyd, and previously ran an eco-friendly record label and clothing line, Green Owl, with his younger sister Hannah. We should also note, as it often is, that Bronfman is the son of Edgar Bronfman, Jr., former CEO of Warner Music Group, heir to the Seagram’s empire, and that he also comes from one of North America’s wealthiest and most influential families. The side of Bronfman that few know, far from the glamour of Page 6 or Rolling Stone, is his humanitarian bent. Since 2007, he has been working behind the scenes at carbon-negative technology start-up Global Thermostat, selected as one of “The World’s Top 10 Most Innovative Companies of 2015 in Energy” by Fast Company. Bronfman and his team hope to convince brands and organizations, as well as entire governments, to adapt their innovative CO2 filtering technology, which has shown promise for stymieing the devastating effects of global warming.

At last month’s C2 Montreal, Bronfman returned to his family’s traditional stomping grounds—Samuel Bronfman, Ben’s great-grandfather, was one of the richest men in Canada, and a highly organized rum-runner during prohibition—to discuss Global Thermostat. “When I met Peter and Graciela they had just started the company,” an all-black-clad Bronfman told us off stage. “Peter” is Columbia University earth and environmental sciences professor Peter Eisenberger, founder of Columbia's Earth Institute, and Graciela is economist Graciela Chichilnisky, a pivotal force in getting the Kyoto Protocol adopted in 1997. “There was no capital, just the big vision and some drawings on a napkin,” he said in regards to the initial strategy.

At the time Bronfman learned about Global Thermostat he was just 24 and ready to throw himself wholly behind a project. “I was singularly interested in atmospheric carbon capture. In my mind, it was an absolutely necessary technological step.” Global Thermostat’s process removes CO2 from ambient air and utilizes low-cost “process heat” to capture and concentrate CO2, allowing it to be repurposed and eventually reused for profit. Global Thermostat’s Carbon Capture & Utilization Plants, two of which are currently open in Menlo Park, CA as pilots, and another two are slated for construction in 2016, will produce reliable, low cost, on-site carbon dioxide, and according to GT’s website, eliminate the need for “long pipelines and transportation costs.” GT’s technique also uses custom equipment and proprietary techniques that act like a carbon sponge—effectively adsorbing CO2 directly from the atmosphere. The captured CO2 is then collected using low-temperature steam and the resulting output is 98% pure CO2. The company promises that “nothing but steam and electricity is consumed,” and no harmful emissions are created. So far GT has partnered with Georgia Tech, SRI International, Corning, and BASF (among others) to create these structures.

According to their website, Global Thermostat’s pilot plant at SRI International in Menlo Park, CA has been fully operational since 2013.

As Bronfman is quick to note, his father initially helped fund the project—“he saw it as necessary”—and continues to play a role in the company, though it’s still very much Ben’s project and vision. Global Thermostat has also propelled Bronfman into an unusual position as world’s coolest environmental activist (sorry Al Gore) and potentially the face of the next climate change revolution.

This is no vanity project for Bronfman, however. “GT has basically become the lens through which I see everything,” he told us. “When I first got involved, people thought I was nuts. [But we at] GT aren't in the business of caring about what people think, we are in the business of making sure this technology works and that our large technical partners are satisfied.”

The only potential thing standing in Bronfman’s way is, unusual for a former rockstar, his social reticence. “I don't normally speak in public!” Bronfman confided. “I'm kind of shy so I'm not exactly on the ‘speaking circuit.’” However Bronfman did recently complete a TEDX Talk at Pratt on “the making of a movement,” and spoke at a conference arranged by Prince Albert of Monaco on socially responsible entrepreneurship. It should also be mentioned that this isn’t Bronfman’s only humanitarian project. He is also heavily involved with Algae Systems LLC, a bio-fuel company that turns wastewater into jet and diesel fuel, and is a proponent of cannabinoid research, as well as a board member of Americans for Safe Access. “7 years ago you could barely talk about "pot" and now I’m meeting with doctors who are outraged that they can't study the science behind cannabinoids.” Hopefully Bronfman is able to get Millennials and young creatives as excited about CO2 emissions as they are about the prospect of legal marijuana.

For now, though, Global Thermostat is his main priority, and he sees it as a way to shape the future for his son’s generation. “GT is the only company that can economically capture CO2 anywhere—directly from the air as well as from industrial smokestacks,” say Bronfman, who is tight lipped about some of the major collaborations he has coming up in the next year. GT is also in the process of building several commercial scale facilities, has ten patents awarded in the US and Japan, and more pending, across 147 nations. As Bronfman told us, “we are wrapping up all the documentation for those efforts and start construction of facilities in 2016. Once we pass that point it's game on. Game, on.”