“Whatever you’re trying to do, you are. That’s a rude question.” 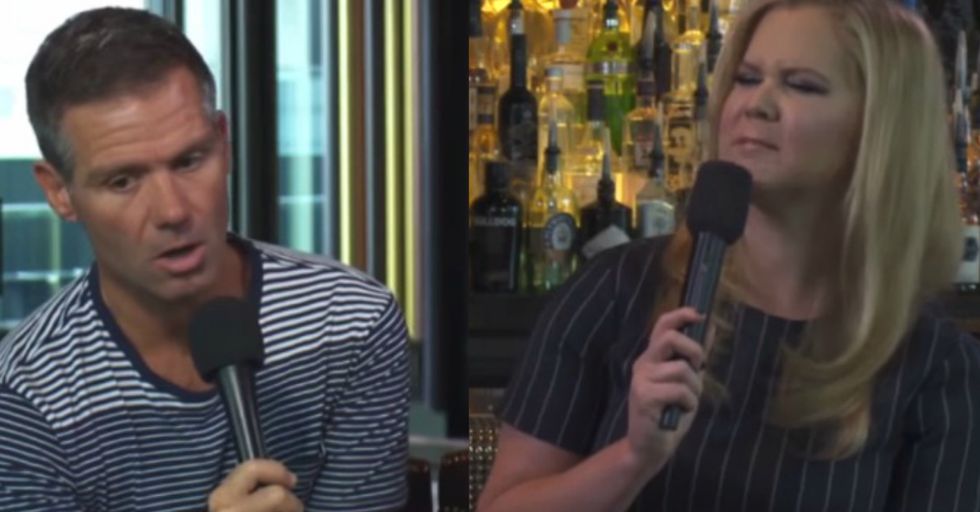 Recently, on a press junket interview for her new film “Trainwreck,” comedienne Amy Schumer talked with Australian radio hosts Jane Hall and Matt Tilley. After a pleasant exchange with Hall, Tilley stepped in looking for a “car crash moment” and accused Schumer of wearing “skanky” outfits in the film. Tilley should have known not to comment on what Schumer does with her body.

Tilley: Do you have the word “skanky” in America?

Schumer: We do! What made you think about your mom?

Tilley: No, but that’s the character in the movie, I’m not trying to offend you.

Schumer: Whatever you’re trying to do, you are. That’s a rude question.

Tilley: We’re not leaving until we get the car crash moment. Which we would love.

Schumer: Well then you’ll have to get it from your wife when you get home.

Fast forward to 1:45 to see the exchange.