How To Catch The Last Meteor Shower Of 2016

It’s going to be a light show of epic proportions 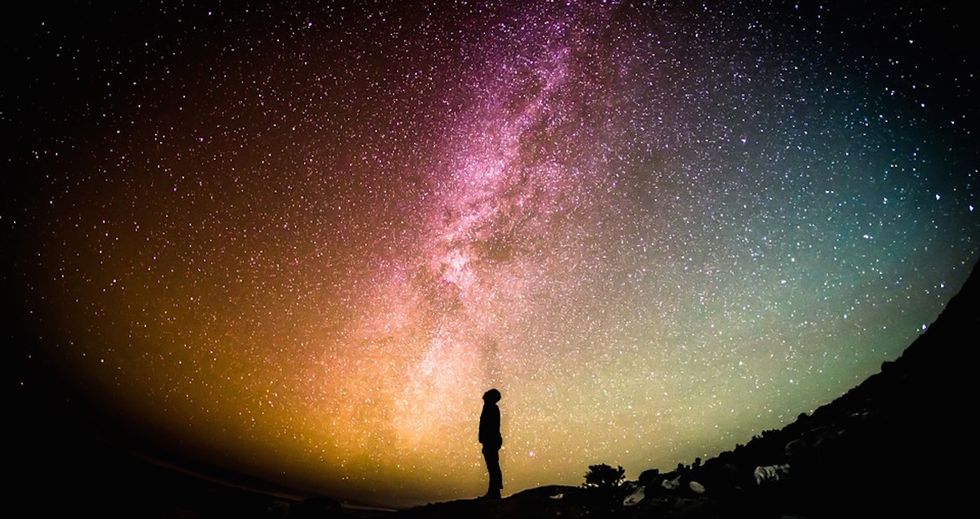 With the end of 2016 drawing near (to the relief of many), it’s about time we look to the sky one more time for an interstellar light show of epic proportions. The Geminid meteor shower, which happens every year around this time, will peak late Tuesday night and into Wednesday morning, giving the earthbound a spectacular view of shooting stars. Or, if you want to get more technical, go with Neil deGrasse Tyson’s definition of the natural phenomenon.

On the downside, 2016’s final supermoon will also be peaking around the same time as the meteor shower, blocking out some bursts of light with its own super glow. While this schedule conflict might seem like a bummer for the meteor obsessed, it will be a rare opportunity to see the night sky lit up from all angles. To see nature in action for yourself, be sure to head outside by 7:05 p.m. EST Tuesday to see the moon reach its fullest, while the meteor shower reaches its peak at about the same time. According to the Observer's Handbook of the Royal Astronomical Society, you’ll have plenty of time to wish on a shooting star since the shower will last roughly 10 hours.

According to Thrillist, the Geminid meteor shower can bust out as many as 120 meteors per hour at a speed of 22 miles per second. That’s about half as fast as the Perseid and Leonid meteor showers move, which means you may have an easier time seeing a few Geminids, despite the moon trying to take the spotlight this year. Of course, to get the best possible view, try to get some distance between you and city lights. NASA also recommends heading out in the predawn hours for the ultimate view. Then again, if you’d rather see the back of your eyelids over a meteor shower at 4 a.m., you can always check out the footage from NASA’s live stream after the fact.

However you decide to go about stargazing, it’s always a good way to gain a little perspective about our place on earth in the vast context of the universe—not a bad way to head into the unknowns of 2017.