Put Down That Kombucha! 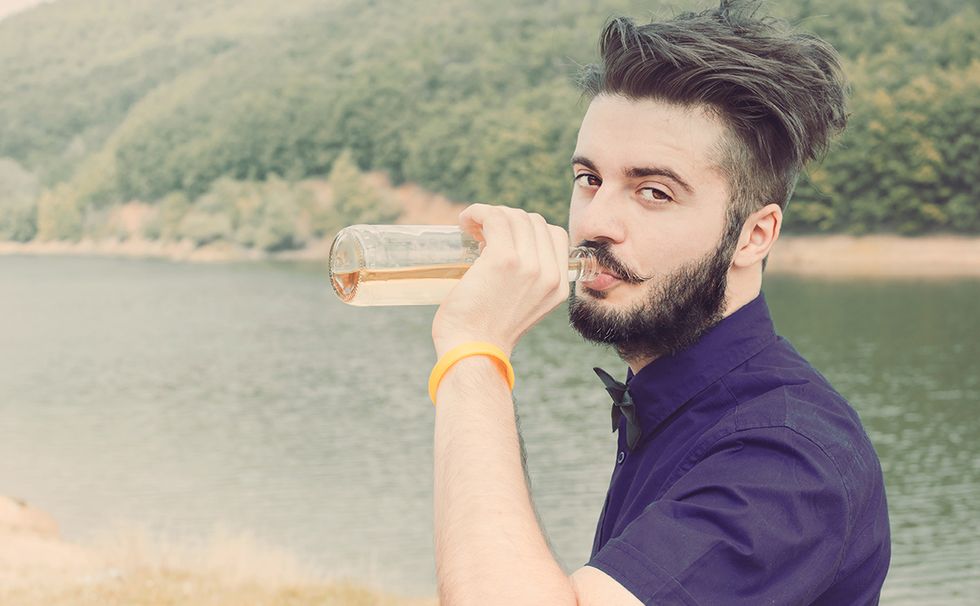 Let’s review the good news first. You know that killer probiotic smoothie you get every day after pilates, lovingly crafted with kale and acai berries and a dusting of brewer’s yeast? Well, the good news is that your delicious smoothie isn’t actively poisoning you.

And the bad news? Well, those probiotics probably aren’t doing much at all.

In a new review published in Genome Medicine, a team of Danish researchers poke holes in our probiotic craze, that global cascade of smoothies and yogurt and kimchi and kombucha. If you’ve got significant digestive issues, there’s a chance the probiotics might help. Otherwise, you’re basically ingesting something benign yet ineffective.

“According to our systematic review, no convincing evidence exists for consistent effects of examined probiotics on fecal microbiota composition in healthy adults,” Nadja Buus Kristensen, junior author on the study, says in a public statement, “despite probiotic products being consumed to a large extent by the general population.”

Oluf Pedersen, lead author of the findings, blames “aggressive marketing” for our blind probiotic love. Probiotics are a modern fad, and like many similar trends (see: gluten-free everything), we’re probably getting somewhat duped here.

The probiotic market has mushroomed in the last few years, with no signs of slowing soon. Market analysts predict the probiotics industry will reach $46.55 billion a year by 2020. Its ingredients are found in breakfast burritos and cold brew coffee and “pressed water.” Sales of kombucha alone—the trendy fermented tea beverage that’s touted for its probiotic properties—reached $400 million in 2014, up from $100 million in 2009.

For the review, researchers analyzed seven clinical trials, each of which included healthy individuals between 19 and 88 years of age. The probiotics were administered as biscuits, milk-based drinks, sachets or capsules. And in only one of the seven trials was there a remotee difference in gut flora between the control group and the probiotic group.

These are not enormous sample sizes, so the scientists (as scientists are wont to do) argue for continued research, and a measure of caution in interpreting these results. Pedersen takes particular exception with the Guardian calling probiotics a “waste of money” in their headline; he says probiotics have shown—in past studies—to have effects on irritable bowel syndrome (IBS), ulcerative colitis, acute diarrhea following antibiotics, and traveler’s diarrhea. But if you aren’t suffering from one of those ailments, well your money could probably be better spent.

“While there from previous reviews is some evidence that probiotic interventions may benefit those with disease-associated imbalances of the gut microbiota, there is little evidence of an effect in healthy individuals,” says Pedersen.

But let’s find some comfort here—was that smoothie at least delicious? They can’t take that away from you.