It all started with a bee sting 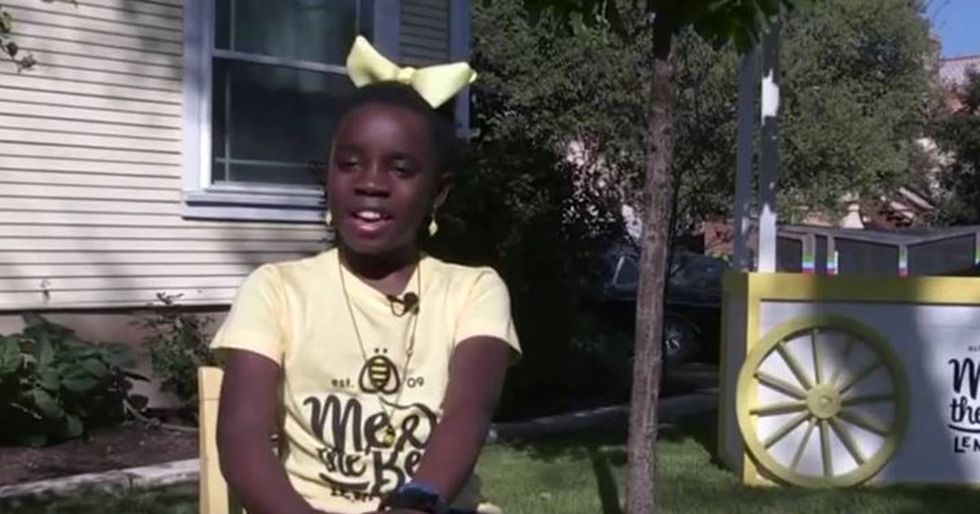 When 11-year-old Mikaila Ulmer from Austin, Texas was stung by a bee twice in the same week, she had no idea the painful experience would lead to the creation of a multimillion dollar business. After suffering the stings, Ulmer was rightfully afraid of bees so her mother told her to learn more about the insects. During her research she learned that bees are dying from colony-collapse disorder so she began to develop some sympathy for the pollinators. “The pesticides either get into their brain and they can’t get back to the hive,” she explained to CBS Morning News. “Or they have the pollen with the pesticides and they bring it back to the hive and then the whole hive dies.”

Ulmer wanted to do something to help the bees so she added some honey to her great grandmother’s flaxseed lemonade recipe and decided she could sell it and donate a portion of her profit to protect the bees. She would go on to win $60,000 in startup money from the TV show Shark Tank while catching the attention of Whole Foods markets. Whole Foods would go on to stock her Me & The Bees lemonade in 55 stores across the south, and recently gave Ulmer an $11 million distribution deal.

Recently, the sixth grader was invited to the White House to meet President Obama and was named one of the Top 10 Innovators of the Year by South By Southwest. Ulmer has no problem sharing her profits to help the bees. “It’s solving a problem in this world,” she told CBS Morning News, “that’s what keeps me motivated to do it.” Ulmer is using her success to expand her Me & The Bees product line by introducing new flavors.