We could raise student test scores by 11% if schools thought more about how everyone learns best. 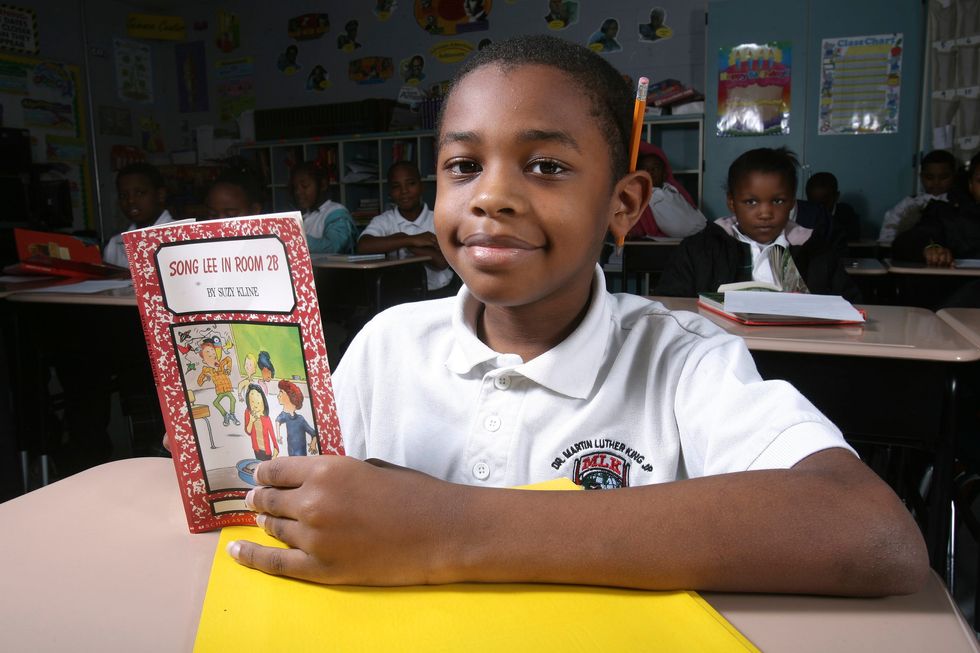 My stepson’s inability to read because of a disability didn’t lessen my expectation that his school teach him.

Anyone with a child who has an intellectual or learning disability knows that learning entails much more than knowing how to read, write, and compute. The absence of literacy doesn’t mean that he can’t learn skills essential to becoming a productive member of society. I enrolled my stepson in a high school in New Orleans based on where I felt his social and emotional needs would best be met.

Research shows that supporting students’ social and emotional development can produce an 11 percentile point gain in academic scores. This is encouraging. However, educators should not make academics pull the SEL wagon. Schools have a responsibility to develop social and emotional skills that are as critical for employment, college, and citizenship as many perceive academics to be. But you would not know that from the way we discipline black children compared to other racial groups. The Brookings Institution, a nonpartisan think tank, recently found that suspension rates for African-American students were nearly three times that of Hispanics and four times the rate for whites.

Educators: What practices at your school interfere with the social-emotional/wellness of students in the academic s… https://t.co/9eAclKnh4Q
— Smithsonian NMAAHC (@Smithsonian NMAAHC)1499882207.0

The prevalence of no-tolerance policies in majority-black schools reflects the belief we can punish black children to success. But students need a strong sense of belonging to flourish. Kicking kids out counters that. Not only is harsh discipline ineffective, it’s physically damaging. Brain science tells us that not properly attending to emotional development can hurt the very architecture of the brain.

Advances in brain science have not quite dislodged the mindset that black and brown students need to be punished or that white middle-class character traits need to be installed to spur academic achievement. Black kids don’t need grit. They need schools to stop being racist.

Parents, teachers, and students especially need to advocate for social and emotional conditions that influence learning so we can create classrooms where youth can thrive — rather than be punished or made whiter.

The current way we measure an individual’s reading, math, and science proficiency is like “measuring the flight distance of a caged bird,” according to Camille A. Farrington, senior research associate at the University of Chicago’s Consortium on Schools, a place-based research outfit. “If we don’t measure the barriers, we never see how children really learn,” she says. Farrington’s work emphasizes the importance of assessing learning environments alongside academic variables, which don’t necessarily get to the source of underachievement.

Farrington’s soon-to-be-published research will show that classroom environments can predict differences in kids’ own social and emotional development, which in turn foretells academic performance and basic life skills.

I want and need the social-emotional movement to change the current systems that dehumanize students (and teachers). But I fear it might not get the attention it deserves after states churn indicators of it through a failed accountability system that already reduces authentic learning.

Of course, states have to be able to assess nonacademic growth so they can hold schools (ahem, students) and districts accountable for meeting state standards. Passage of the federal education legislation, the Every Student Succeeds Act (ESSA), in 2015 put a focus on social-emotional learning. The law freed states to expand the ways they hold schools responsible for improving student success by adding at least one “nonacademic” indicator to an accountability system primarily based on standardized tests scores in reading, math, and science.

Again, learning is social and emotional. Separating chemistry, for instance, from social-emotional learning is like giving a person two hydrogen tanks and an oxygen canister and calling it water. A good chemistry course doesn’t just give students knowledge of the elements. It teaches students how to be good lab partners and responsible with chemicals. Shouldn’t we measure and cultivate these social skills too?

[quote position="full" is_quote="true"]Kids have everything they need to be successful in schools; they just need the spaces to demonstrate it.[/quote]

There is also something fishy about the social-emotional learning movement. Many of its proponents are the same people who were also champions of the standards-based crusade that set out to determine what should be taught and the expectations for proficiency. Passages of the No Child Left Behind legislation in 2001 put into motion an accountability system that held school districts accountable for reading and mathematics proficiency. Districts acquiesced and moved resources away from the other essential parts of student learning. The updated law, ESSA, tacks on social-emotional learning to the existing accountability system as an inadequate patch to a program that failed to reach its ambitious goal of all children being on grade level by 2014. You can hear whispers of reformers new to the SEL party saying students didn’t learn because of the SEL oversight, and so we have yet another answer.

Try a new approach instead.

Educators have to move away from the idea of getting students ready for school and move toward preparing schools for all students.

[quote position="full" is_quote="true"]When you plant lettuce, if it does not grow well, you don’t blame the lettuce.[/quote]

“Kids have everything they need to be successful in schools; they just need the spaces to demonstrate it,” says Karen Pittman, president and CEO of the Forum for Youth Investment, a nonprofit organization dedicated to improving out-of-school programs. Accountability should lead to giving schools and teachers the space and resources to create environments that reflect authentic teaching and learning.

Vietnamese philosopher Thich Nhat Hanh said it best: “When you plant lettuce, if it does not grow well, you don’t blame the lettuce. You look for reasons it is not doing well. It may need fertilizer, or more water, or less sun. You never blame the lettuce.”

I shared my son’s educational experience not to say that people with learning disabilities have to settle for social and emotional development without math or reading skills. All of our children deserve environments that motivate growth. It’s time we put the racist mindset of fixing black children, as well as the bias that leads us to punish black school districts, under the microscope. If anyone needs fixing, it’s those folks. Kids have been ready for nurturing schools for as long as we’ve been holding them accountable.