This Teacher Came Up With A Lesson Plan For Combating Hate

“Teenagers have a tendency to lash out at each other if they have a difference of opinion.” 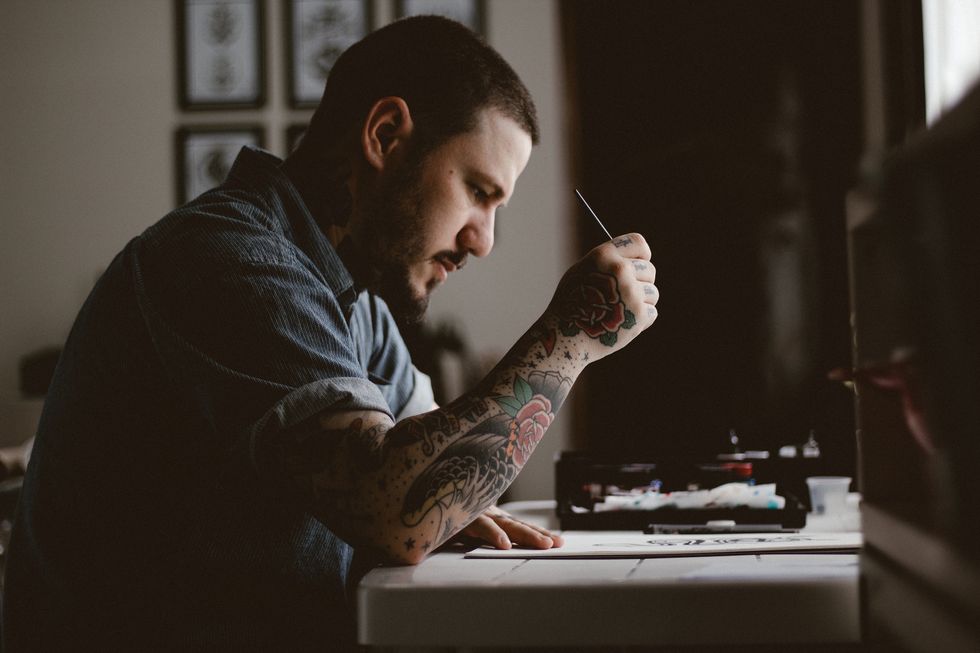 After the divisive 2016 presidential election, Nicole Newman-Darbois looked for ways to help her high schoolers address the angst and fear many of them admitted to feeling about the future. Dismayed with the seeming resurgence of hate speech and exclusion in the public domain, Newman-Darbois’ students were angry and confused, and she believed it was her duty to help them understand the world around them and their place in it.

“It’s my job as an educator and a teacher to provide my students the time and space to talk about the issues they are interested in,” says Newman-Darbois, a Florida English and literature teacher who is also passionate about social justice. Because of this, she searched for tools that would assist her students in working through their feelings inside her classroom.

After talking with Anne Marie Alberton, Newman-Darbois’ colleague at the University of South Florida, she was introduced to Trace Taylor of Community Leveraged Learning, a nonprofit whose mission is to provide project-based educational programs to struggling youth and adults.

[quote position="left" is_quote="true"]My students are used to being told exactly what to do, and the writing workshop was pretty open-ended.[/quote]

Together, they decided to implement a human rights curriculum and writing workshop that would not only allow the students to discus the issues that mattered to them, but also teach them about other historic struggles for equal rights. Taylor designed the curriculum — which covered movements by marginalized groups such as women, blacks, Native Americans, LGBTQ people, and poor whites — and Newman-Darbois edited and reviewed the material. The experienced teacher then presented it to her students, who weren’t immediately excited about the task.

“They weren’t that enthusiastic about it,” she recalls. “But once we told them they would have freedom … they latched on to the project.”

To complete the task, Newman-Darbois’ students studied several human rights movements. The curriculum consisted of a series of articles, like CNN’s coverage of the resurgence of the women’s movement, short video clips and films from PBS, YouTube, and The History Channel, as well as informative pieces like Time’s 25 Most Influential Hispanics in America.

The goal was to expose students to a variety of texts and media that would give them plenty of material to choose from when deciding on a writing topic. Newman-Darbois’ students then had to participate in discussion forums, which required them to share their thoughts on their own research and writing as well as respond to their classmates’ work.

At first, her students didn’t understand the writing workshop’s purpose. “They kept asking me why they were doing this and what it had to do with their lives,” she says, but Newman-Darbois, a 10-year veteran teacher, maintained patience, knowing the unfolding of the project would eventually speak for itself.

She also had to combat her students’ propensity toward linear thinking. “My students are used to being told exactly what to do, and the writing workshop was pretty open-ended.” At first, her students were stumped. Without direction on what to write and how to write it, they hesitated to move forward. “I ended up writing a piece off the cuff, in the classroom. It was a poem about my mom and her struggles.”

This example helped her students understand they were able to take any situation — as long as it was relevant to the marginalized groups studied — and turn it into a piece of writing suitable for the workshop. At that point, Newman-Darbois’ ninth-graders started opening up. “They were asking questions, getting involved, and seeing the parallels between what’s going on today and the human rights movements of the past.”

The roundtable provided Newman-Darbois the necessary setting to help her students unpack their emotions in a healthy way. Just like a college writing workshop, students brought their pieces in for critique. At first, this process was met with argument and retaliation from the students. “Teenagers have a tendency to lash out at each other if they have a difference of opinion,” says Newman-Darbois. But she anticipated this reaction because she knows her students — especially her ninth-graders — are just learning how to effectively communicate with one another. The conflict presented her with another teachable moment. “Through the workshop, I defined how criticism works and set boundaries. I also let them know there would be consequences if they couldn’t adhere to the rules.”

Once her students understood how offer constructive criticism to their peers, they were more apt to listen to one another and accept feedback, rather than lash out at each other. This taught the students that they could have a difference of opinion with someone and still respect them. Newman-Darbois watched as their banter transformed from argumentative to a more cooperative conversation.

[quote position="full" is_quote="true"]The writing gave me a voice during a time I felt voiceless.[/quote]

The students’ writings also helped them work through their emotional responses to the world around them. Newman-Darbois remembers one ninth grader in particular who said the project made him feel like had finally been heard. He told her, “The writing gave me a voice during a time I felt voiceless.”

Taking a critical look each other’s work also helped them learn from each other, says Newman-Darbois. Moreover, her students felt like they had some autonomy over what the world was handing them. “They started asking me how they could help. They wanted to know what they could do to help create change,” she says.

In conjunction with Community Leveraged Learning, Newman-Darbois and her students published their work in the book “Human Rights: Boca Ciega High School 2017 Avid 9th Graders,” which showed her students the value of pursuing and completing a creative project. “They learned instant gratification isn’t always the best kind of gratification,” Newman-Darbois says. They also presented the book to the public at University of South Florida, St. Petersburg, where community leaders, educators, fellow students, and parents participated in a formal signing.

Newman-Darbois urges other educators to set the stage and create an environment where these children can talk about the issues they’re faced with. “Students are always asking, ‘Why am I learning this?’” she says. “If educators can try to connect the subject matter to current events, these kids become engaged and receptive.”

The Sunshine State teacher has a few tips for how educators can help their students use the classroom to navigate the world in a healthy manner. “Set the stage from the start. Establish ground rules and enforce healthy discipline across the board. Create an environment of trust so that students feel safe to open up,” she advises. She explained that parameters had to be established at the onset of the school year in order to ensure the writing workshop would be of benefit. Otherwise, a project of this kind could have led to chaos.

“I took a risk bringing these topics in the classroom, but it provided my students with an understanding of what’s going on around them,” Newman-Darbois says. “The project showed them there are things they can do to change the circumstances they’re angry about. They have a place in the world that is meaningful and important.”

Educators occupy a unique space in the lives of young people and have the ability to use their classrooms to promote understanding, camaraderie, and hope for students in tumultuous times. Teachers can strive to connect curriculum to real world scenarios and events, which enriches the learning process for students by engaging their interests and making the material relatable.