Your Baby, No Sex Required

The director of Stanford Law School’s Center for Law and the Biosciences says sexless reproduction could soon become not just a reality, but the cultural norm. 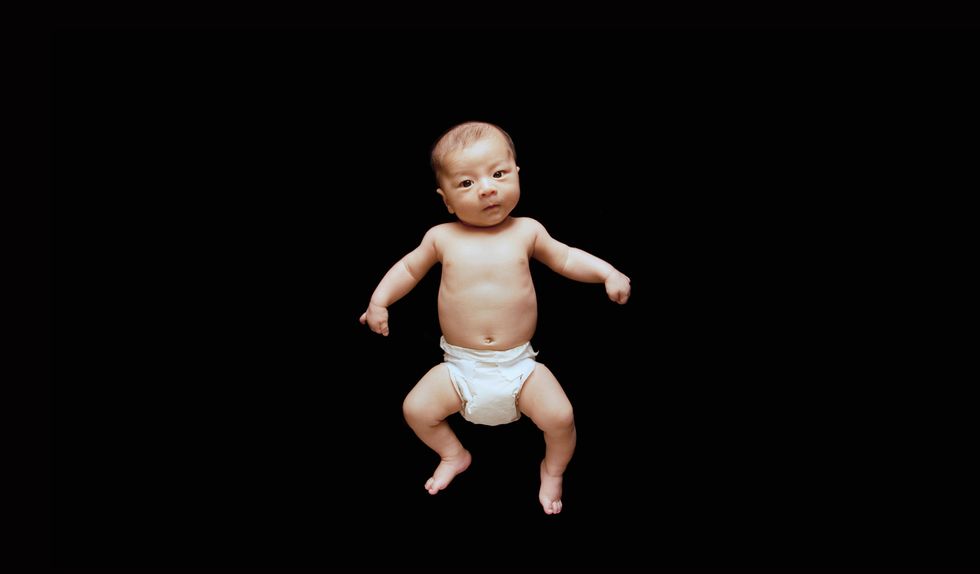 Say a couple wants to have a baby, but they’re infertile. Or they have a weird genetic disease. Or they’re gay. Or they aren’t a couple at all — a single parent just wants to go it alone. Right now, these would-be parents have three options: IVF, adoption, or surrogacy. All three are terrific methods, but they’re also imperfect: inconvenient, expensive, and risky.

Soon these practices may become more obsolete. According to Henry Greely, director of Stanford Law School’s Center for Law and the Biosciences, we’re only 20 years away from couples birthing the babies of their dreams. To do so, women will simply need to give scientists samples of their skin cells. From there, the cells will turn into eggs, then hundreds of embryos — allowing parents to choose which baby they’d prefer to grow in the womb. No sex required.

Greely knows the title of his new book, “The End of Sex and the Future of Human Reproduction” (Harvard University Press, 2016), sounds like science fiction. But he’s confident enough in this new technique — which he calls “Easy PGD” (shorthand for the comically scientific term “easy preimplantation genetic diagnosis”) — that he predicts sexless reproduction will soon become not just a reality, but the cultural norm.

If he’s right, how society conceives of sex, reproductive rights, and the very idea of “family” could be about to change forever. Here, Greely prepares us for the future:

Why is now the time to talk about sexless reproduction?

People have been talking about selecting babies for a long time, but it was always theoretical. Once you can cheaply review all the genetic information and once you can easily and cheaply create eggs, everything changes. Both technologies — cheap genome sequencing and induced pluripotent stem cell — are progressing enormously and attracting lots of money for reasons that have nothing to do with reproduction. When they come together for reproduction, I think they will change our world. They will change our species.

Won’t there be political and cultural resistance?

It will be used first by people who are infertile. There are people absolutely desperate to have genetic children but can’t because of a childhood disease, a birth defect, an accident, cancer, or age. That’s a huge and very politically attractive market. Nobody will want to tell people, “I’m sorry, but we are going to ban the procedure that would let you, who had testicular cancer in your youth, become a genetic father.”

But I think it will spread as more people become confident that it is safe. One to two percent of babies have a serious genetic disease. How much is it worth as a parent to avoid that one- to two-percent risk? If, as I expect in the long run, the process becomes free, then I think we’ll see lots and lots of parents choose this as the way they want to conceive their babies.

You say this will cost nothing to parents. How?

Providing it will save the health care system money. Sick babies are really expensive. Time spent in the neonatal intensive care unit can cost over a million. It will be to the advantage of government-run health care systems as well as private insurers to make Easy PGD free in order to avoid the births of really expensive babies. It will also, of course, be a public health advantage to diminish the amount of human suffering, but I’m not even counting on insurers to care about the amount of human suffering. I do expect them to care about the amount of money.

Is there a right to reproduce in the United States? Where have reproductive technologies transformed into rights?

In much of the world, IVF has changed from a new technology into a right. Denmark has a very high IVF rate. Israel has a high rate. [In those countries], it was covered by national health insurance and became a right, but at the same time, they limit it. In France, IVF is covered by the national health care system, but you can only use it if you are a heterosexual couple in an established relationship. In Italy, you can’t use it if you’re a woman over a certain age. In the United Kingdom, you can’t use a PGD for anything other than specific diseases permitted by a government agency.

On the other hand, IVF is almost completely uncovered by insurance in the United States. There’s a basic, important distinction in our constitutional law: the difference between a positive right and a negative right. A negative right is a right to have the government not interfere with you. We don’t view fertility as a positive right — as something the government will pay you to do or guarantee for you — but we’ve been almost entirely hands-off in preventing it.

[quote position="full" is_quote="true"]That’s a dangerous path for the government, to say some lives are worth living and some aren’t.[/quote]

What impact will this have on people with disabilities?

First, most disabilities are not the result of genetics. They’re the result of infectious diseases or accidents. There will always be people in wheelchairs, even if we were to eliminate the genetic causes of being in a wheelchair. Having said that, to me intellectually and emotionally, the disability contexts for this are the hardest. I remember at a conference I put on about PGD, one of the panelists had spinal muscular atrophy, so she was confined to a wheelchair. She was in her late 20s, a very bright woman, a Stanford graduate, and she basically said, “What you are saying is that I shouldn’t have been born.”

I surely didn’t want to say that. I said, “No, I’m saying your parents in the future would have a choice about whether you were born with a disease.” She said, quite accurately, “Me without a disease is not me.” And that’s right. There’s a very real psychologically stigmatic and symbolic effect that a technology like this will have on people with disabilities. Then there are very concrete potential effects. Let’s say Down syndrome becomes much less common. What does that do for research into Down syndrome? What does that do for social support?

Maybe if we eliminated genes that lead to people with manic-depressive disorder, we would have lost Vincent Van Gogh, but then maybe he wouldn’t have committed suicide as a young man. And for every manic-depressive who is a Van Gogh, there are hundreds of thousands whose suffering is not redeemed by genius or experience.

This technology sounds like a eugenicist’s dream. Will it be used as a coercive tool?

I don’t have nightmares. I don’t think we’re going to require everybody to use this and to only transfer embryos [whose genes] predict above-average intelligence. Outside the U.S., I could see that happening — not in a lot of countries, but in some. But in the U.S., I can see us doing coercive things that might be borderline. I could see a state passing a law saying you can use this to detect really serious early-onset diseases but not other diseases. I think that’s a dangerous path for the government, to say some lives are worth living and some aren’t.

I don’t think coercion is always a bad idea. I’m in favor of the IRS, or at least taxation, which is coercive. But when it comes to picking the traits of my kids, my strong preference is to let the parents decide. They’re the ones who are going to have to live with the best decision and who are most likely to have the kid’s best interests at heart.

If you were in a position 20 years from now to start a family with Easy PGD as an option, how would you decide whether to use it?

First, I would talk very seriously to the person with whom I was trying to make a baby. When my wife was pregnant with our first child, she got a prenatal diagnosis to find out whether the fetus would turn into a baby with Down syndrome. I was unsure whether I wanted to know that, but she was the one who was pregnant. It’s a negotiation. I suspect our ability to influence a future child’s behavior will be pretty weak, so I would ignore that. “Oh, this embryo has a 53 percent chance of being in the top half of math ability.” That’s noise.