Life's a Breach Major Data Breaches of the Past Decade

As the volume of data we produce has increased, so has the amount of information we've had lost or stolen. 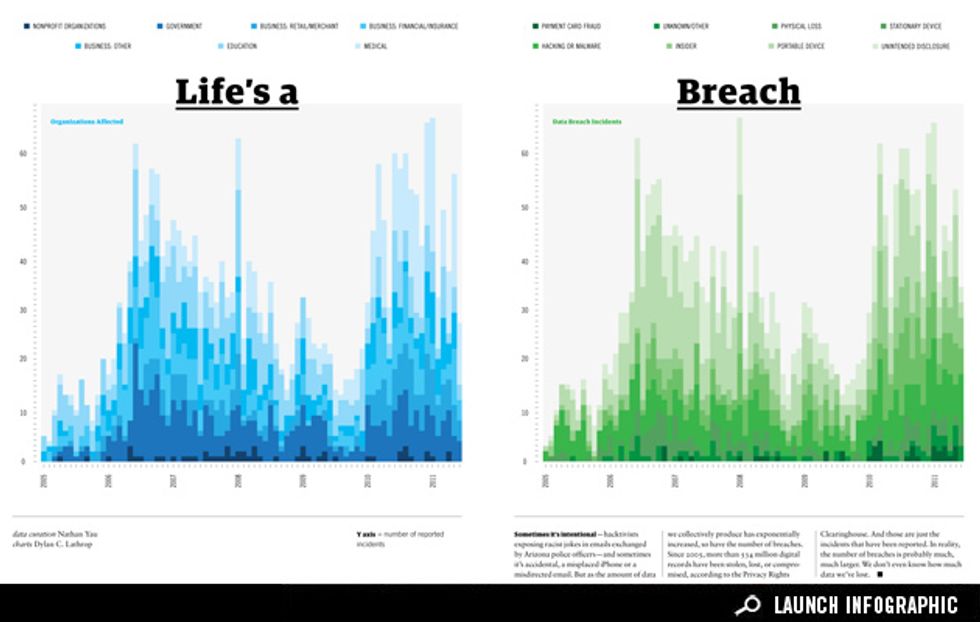 Sometimes it’s intentional—hacktivists exposing racist jokes in emails exchanged by Arizona police officers—and sometimes it’s accidental, a misplaced iPhone or a misdirected email. But as the amount of data we collectively produce has exponentially increased, so have the number of breaches. Since 2005, more than 534 million digital records have been stolen, lost, or compromised, according to the Privacy Rights Clearinghouse. And those are just the incidents that have been reported. In reality, the number of breaches is probably much, much larger. We don’t even know how much data we’ve lost.