Here’s How Much An Olympic Gold Medal Really Costs

“Gold medals were in fact only gold for eight years.” 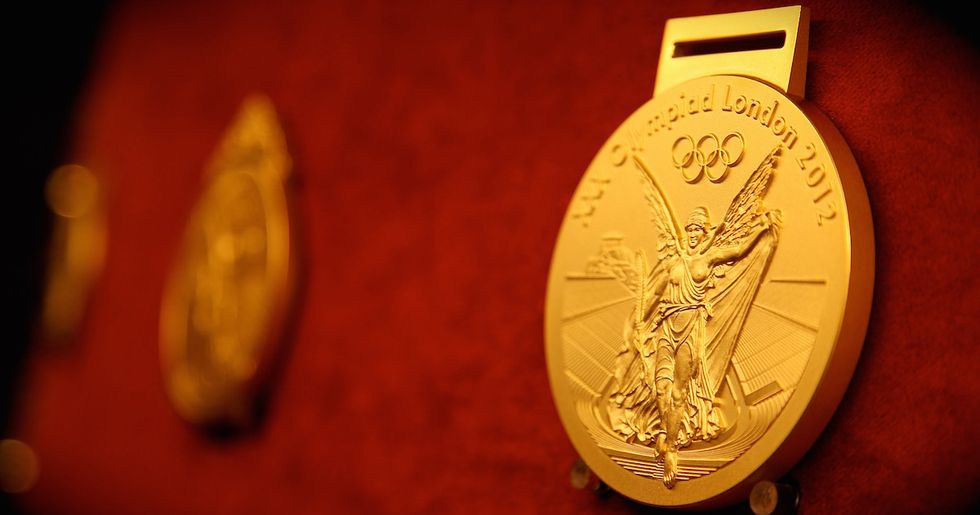 Everyone knows that winning an Olympic gold medal is one of the biggest accomplishments you can make as an athlete. Naturally, you’d expect the top prize to be worth a hefty chunk of change, but as it turns out, only a small fraction of gold medals are crafted out of real gold.

In an effort to cut down on costs, Olympic gold medals are composed of only 1.2 percent of the precious metal since gold currently costs about $1,343 an ounce. Based on these high figures, a 500g medal made of pure gold would set the International Olympic Committee back a whopping $22,000 per medal. That would leave the committee with a bill of nearly $50 million – just for gold medals.

Gold broker Dillon Gage wrote in a blog post, "The last time the Olympic Games handed out solid gold medals was a hundred years ago at the 1912 Summer Games in Stockholm, Sweden. Gold medals were in fact only gold for eight years. The 1904 Olympics in St. Louis introduced the gold medal as the prize for first place."

What are gold medals made out of then if not gold? The 2016 first-place medals are made of 494 grams of silver and 6 grams of gold. According to CNN, the blended product is worth about $587 based on current market prices.

But as Inquisitr points out, that’s just if you think of them as scrap metal. Once a medal is won, the value increases from a collector’s standpoint, especially if it once belonged to an athlete as famous as Michael Phelps. And, of course, you can’t forget about sentimental value. It might be worth just shy of $600 at a junkyard, but you can’t put a price on your mom tearing up as you stand on the podium.