“We are strong, independent women with many accomplishments and goals.” 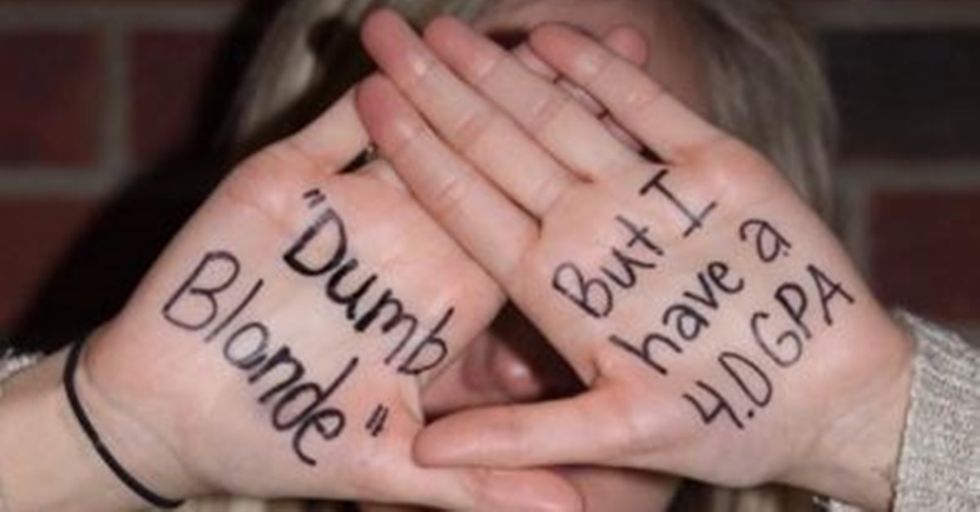 Last week, GOOD wrote about Alex Purdy, a college freshman who recently left her sorority because she “was so upset to see the way that women were treating other women.” In a video she released on YouTube, Purdy speaks of being disillusioned with a system she thought would help her find a stronger sense of self and build lasting relationships. Instead, she was stuck in a world defined by pettiness and rigid conformity. Although Purdy’s experience isn’t rare, more than 9 percent of female undergraduates participate in the Greek system. So it’s a disservice to many young women to paint all sororities with a such a broad brush.

To combat sexist sorority stereotypes, the girls of Delta Zeta (Beta Gamma Chapter) at the University of Louisville in Kentucky created a Facebook campaign, #‪BreakTheStereotype. They started by posting photos of themselves with society’s perception written on one hand and their educational goals and personal accomplishments on the other. Delta Zeta’s Facebook page states: “We are more than a stereotype. We are strong, independent women with many accomplishments and goals. We are bilingual, doctors, engineers, hunters, lawyers, and so much more.”

If you’re a current or former member of the Greek system who’s eager to change general perceptions of sororities, Delta Zeta asks you to join the conversation at #‪BreakTheStereotype.