This is what happens when NASA engineers have a pumpkin-carving contest.

These jack-o-lanterns are out of this world. 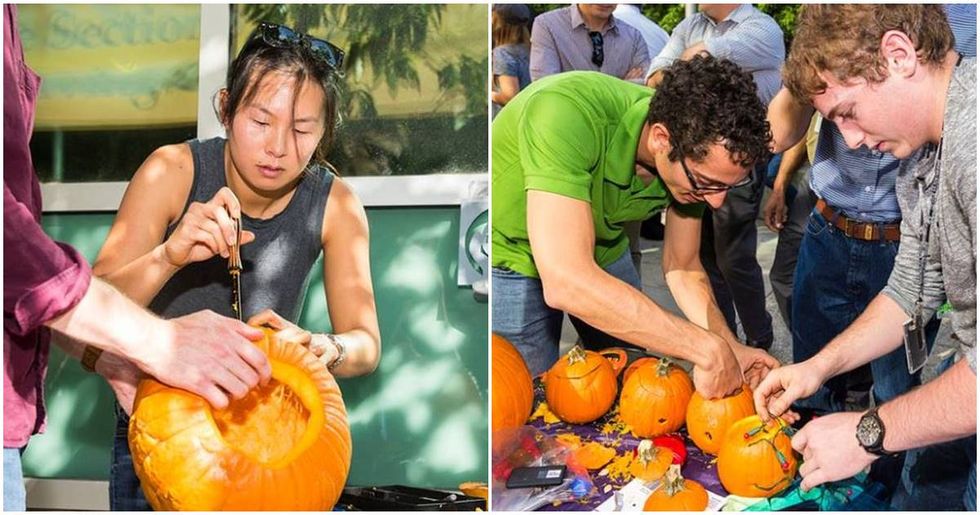 NASA engineers are some of the most imaginative and intelligent people in the universe. So when they challenge each other to a pumpkin-carving contest, the sky’s the limit when it comes to creativity, humor, and pure engineering brilliance.

For the past seven years, the brainiacs at NASA’s Jet Propulsion Laboratory in Pasadena, California have held an “unofficial” pumpkin carving contest with some strict rules: they have one hour to execute their designs and are not allowed to carve, plan or compete during work hours.

“They do it all in their own time,” NASA mechanical engineer Mike Meacham said. “They go home, use their own resources, plan it out, and all we give them is a pumpkin.”

“Everyone gets so excited about this competition that has no prize other than bragging rights,” Iona Brockie, an engineer on the Mars 2020 rover, said. “It’s fun to see everybody bring the same kind of crazy energy that they do to making the flight projects to something as simple as a pumpkin carving contest.”