Check Out The $8 Million House The Obamas Just Bought

It’s a block away from Jared and Ivanka 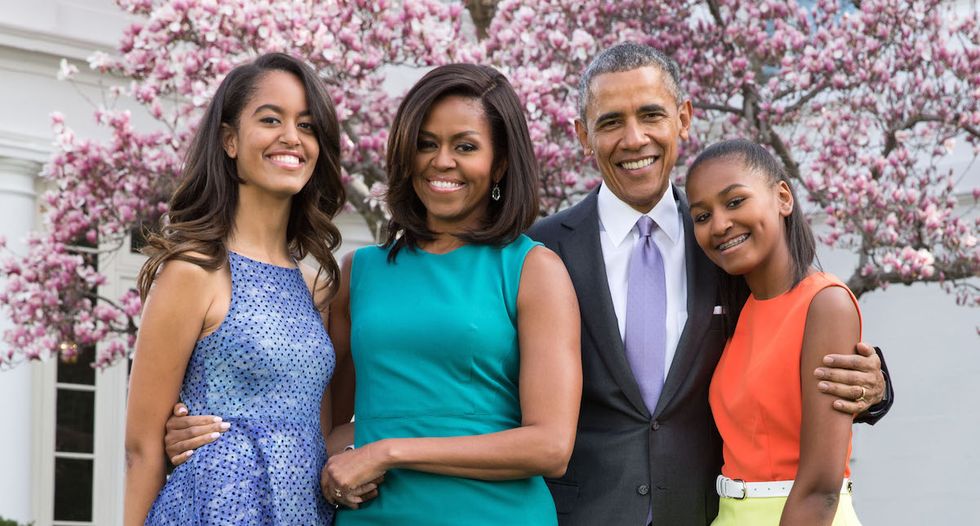 Since former President Barack Obama and First Lady Michelle Obama left the White House last January, they’ve been renting a gorgeous home in Washington, D.C. And, despite the new administration’s recent disappointments, the Obamas have decided to stay put in the district, buying the home they’ve been renting for a cool $8.1 million on Wednesday, CNN Politics reports.

The home, which boasts eight bedrooms and nine-and-a-half baths, sits just three miles away from the White House. But, more importantly, it’s 10 minutes away from Sidwell Friends School, where Sasha Obama will finish her last two years of high school. According to U.S. News & World Report, a president hasn’t stayed in the district after the end of his term since Woodrow Wilson, who left office in 1921.

“Given that President and Mrs. Obama will be in Washington for at least another two and a half years,” Obama’s spokesperson, Kevin Lewis, explained to CNN, “it made sense for them to buy a home rather than continuing to rent the property.” Although there’s a chance the Obamas paid a little more than the property is worth—$2 million to be exact. According to online rental marketplace Zillow.com, the Kalorama property was originally listed for $6.187 when the Obamas started renting.

Though it makes sense that home prices might be spiking in this high-powered, Washington, D.C. neighborhood. Secretary of State Rex Tillerson moved to the area in recent months, and Amazon owner Jeff Bezos lives in a $23 million former museum nearby. According to CNN, Ivanka Trump and Jared Kushner have been renting a similarly expansive home just one block away from the Obamas. Maybe the Obamas can take note while walking Bo and Sunny.

For an inside look at the Obama’s new home, check out the photos above, courtesy of the online real estate company, Redfin.