Tourists Flock To The Rainbow-Colored Streets Of An Indonesian Village

He brought the small village back to life 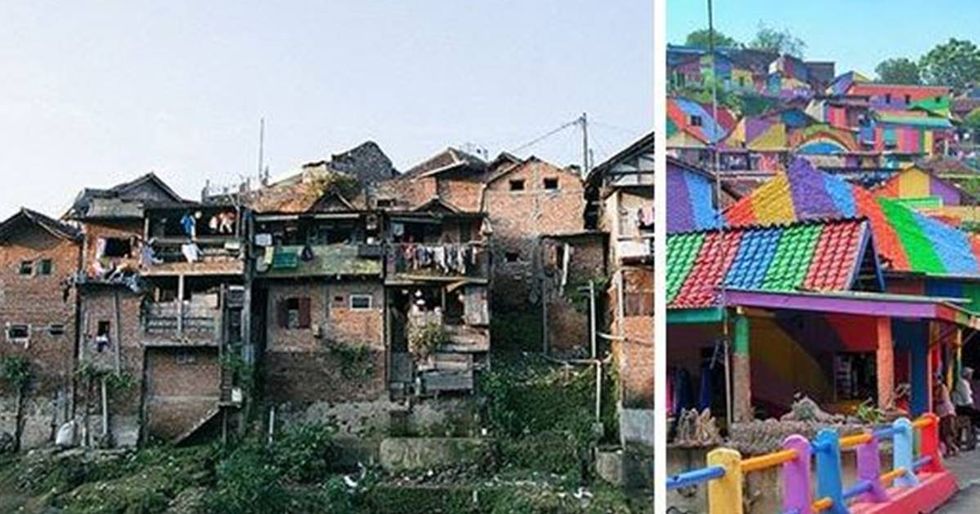 The “Broken Windows” theory of urban decay dates back to the ’60s, and posits that when neighborhoods fall into disrepair, chaos isn’t far behind. But when people deal with then small problems in a neighborhood, such vandalism and disorderly behavior, communities become empowered, resulting in improved economic conditions and safer streets.

Slamet Widodo, a high school principal in Kampung Pelangi, a small village in Indonesia, took this theory to heart and initiated a complete makeover of his downtrodden home. The local community paid $22,000 for over 230 houses in Kampung Pelangi to be repainted bright, vibrant colors. The investment also inspired residents to make beautiful artwork on the city’s walls and streets.

Kampung Pelangi’s newfound beauty has had a positive impact on all aspects of village life. Tourists have been flocking to the former slum to take selfies in its rainbow-colored streets and purchase souvenirs from the local merchants. Widodo looks to expand the efforts, eventually giving rainbow paint jobs to all 390 homes in Kampung Pelangi.