A Country Musician Has Released A Song About NFL Anthem Protests, And No One Is Impressed

The pandering song’s title has many scratching their heads. 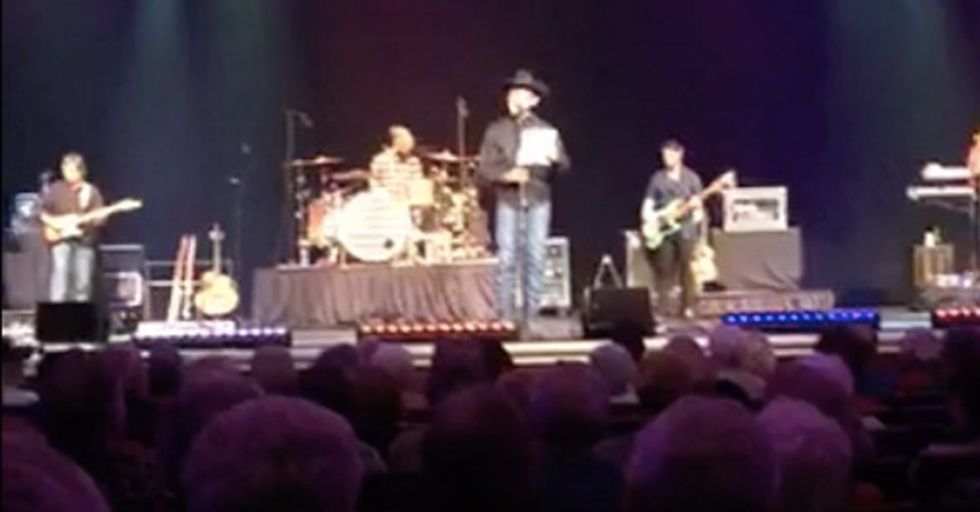 Country musicians certainly aren’t the only artists to pander to their audience’s ideology, but when they do, it’s often in shameless, almost satirical fashion. Following in the footsteps of Toby Keith’s suggestion that we put a boot in the ass of our enemies and Lee Greenwood’s less aggressive stance that America is a pretty blessed place, the largely unknown Neal McCoy is setting his sights on a far more specific issue.

The NFL player protests of the national anthem.

In a rush to capitalize on the media frenzy surrounding the anthem protests, Neal McCoy debuted his newest ditty, the curiously titled “Take a Knee, My Ass (I Won’t Take a Knee)” on Nov. 8 — a bit after the country reached “peak protest,” but the guy’s trying his best.

The punctuation in the title leaves much to be desired in terms of what the song is really about, but perhaps this live performance will clear things up. Or maybe it won’t.

McCoy offers no shortage of pandering jargon, including the time-tested “freedom isn’t free” idiom and a requisite 9/11 reference.

While those in attendance might have applauded the performance for a number of reasons, people online aren’t quite as enthusiastic about McCoy’s shameless attempt to monetize the zeitgeist a few weeks late.

It’s obvious no one was able to make it past the ridiculous title to listen to the actual song, which, frankly, is for the best.