“She told us that playing with the boys pushes her, but in the end, she’s the one pushing them.” 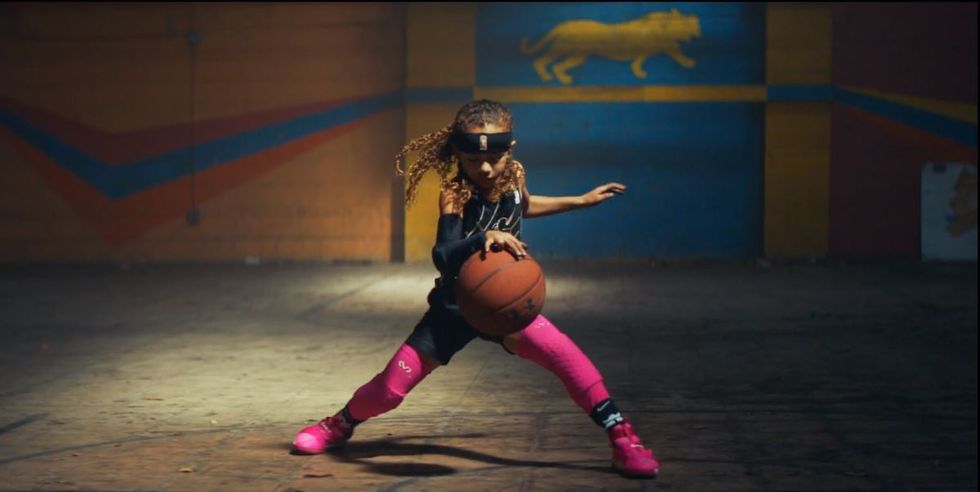 From the moment the film director duo The Hudson Dusters met 7-year-old basketball player Jaliyah Manuel while shooting a commercial project in her hometown of New Orleans, they knew she was something special.

“She was really fearless,” says Niles Roth, one of the directors of the film. “We asked her, ‘do you play with the boys?’”

The resulting short documentary film, “The Future is Fearless,” provides a glimpse into Manuel’s psyche and her strength in the face of naysayers who tell her she can’t achieve what the boys can. The filmmakers hope the film will inspire young girls to ignore the noise, break boundaries, and push forward toward their goals.

Roth, who directed the film with his colleague Michael Kuhn, has said that while Manuel’s skills were impressive, it was her “energy and spirit that really stole our hearts.” While she dribbled and dunked on the YMCA court next to NBA star Chris Paul — who was there doing some refurbishing work while filming a State Farm commercial — the young basketball phenom was hardly fazed.

“She told us that playing with the boys pushes her, but in the end, she’s the one pushing them,” Roth says. “We knew we had to share that message through film.”

He hopes there will be more films like it in the future too. A recent documentary short they directed about a young Olympic hopeful fencer named Sylvie led to interest from Ameritrade, and Under Armour has expressed interest in Manuel.

Still, this was a passion project through and through for the directing duo.

“I was happy this wasn’t for a brand or for anybody,” Roth explains. “It was for this little girl and for other little girls. We just wanted the community to get behind her.”