Mike Marjama hopes to spark conversation about an "uncomfortable" subject in male culture. 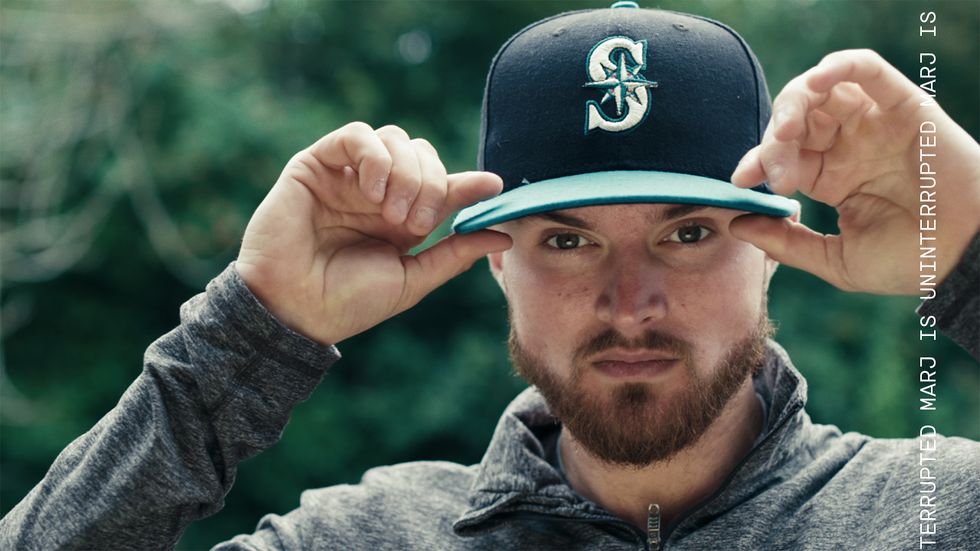 Catcher Mike Marjama has been preparing for the 2018 Seattle Mariners home opener, but he also has been sharing his private struggle with an eating disorder in a new short documentary film that debuts on LeBron James’ and Maverick Carter’s “Uninterrupted.”

In “Marj,” the 28-year-old Roseville, California, native walks through his journey and obsession with making it to the big leagues, specifically covering how he believed eating less and working out more would lead him to his dream of playing in the MLB. Instead, it resulted in him withering away, and 11 years later, he has found himself in recovery — working daily and harder than ever to stay healthy.

He hopes the short film will help in opening up a powerful and much needed public conversation about something that's often swept under the rug and deemed “uncomfortable” in male culture.

“This really isn’t about me,” he says. “It’s about the people we can help. And there are people who do need the help. It’s been really cool to see the impact I’ve already had in sharing my story.”

“I Am More Than an Athlete” is the “Uninterrupted” motto, and Marjama wanted to show that while he is very proud to have made it to the MLB, it’s not what defines him. He was also drawn to the idea that he could share his story in his own words.

He has been talking with young people about eating disorders on a more personal level as a substitute teacher and guest speaker at local high schools the past few years, knowing that his own experience began in junior high. His mother, a nurse practitioner, has often joined him and been a source of support throughout times of defeat and triumph. He also credits the Mariners with helping him stay on track, offering education and resources for him and his teammates now that he’s part of the professional club.

He says his battle originated in his perfectionist attitude and desire to be great at everything he did. By talking about it and reducing the stigma for both men and women, he hopes anyone struggling like he was will realize they’re not alone.

Marjama has been working with the National Eating Disorders Association and is being honored with their Spirit of Courage award at their annual gala in May 2018. The organization says he’s the first professional male athlete to openly speak about his battle with an eating disorder.

In addition to his advocacy work, he wants to make an impact on the field. He says he knows the road to getting and staying healthy isn’t one to take for granted.

“Everyone has self-doubt,” he says. “But I think it’s important for people to know that even a Major League Baseball player can have demons, and it’s OK to ask for help.”