Is that brain fart actually a sign of dementia? 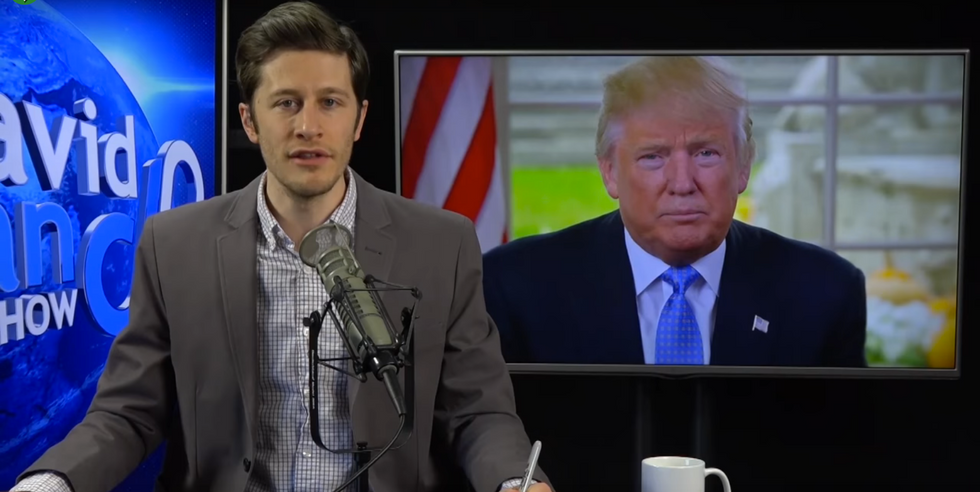 Trump’s recent defense of sharing classified information with Russian officials has left confused citizens and Trump appointees alike speculating about the president’s mental stability. Though this incident wouldn’t be the first time people questioned his mental state—not by a long shot. For every regrettable comment Trump has said to a reporter or posted via his Twitter account, you’ll likely find a conspiracy video outlining how one line represents the tip of a pathological iceberg.

While many have tried from a distance, no one can accurately assess Donald Trump’s mental health, apart from a licensed physician following multiple, in-person examinations. And if you take his tweets at face value, it might be a while before we hear of Trump taking advice from a mental health professional. Needless to say, when you see a poorly edited YouTube video attempting to diagnose Trump with extreme narcissism or a personality disorder, take it with a hearty handful of salt.

As misleading as these so-called revelations may be, one recent conspiracy video about Trump possibly having Alzheimer’s actually has some important health information for the general public. In the video, YouTube talk show host David Pakman looks at transcripts of Trump’s off the cuff speeches as well as that awkward footage of him grabbing British prime minister Theresa May’s hand. It isn’t a new speculation; several other outlets have made the connection before. But what’s most surprising is Pakman’s detailed and factual description of Alzheimer’s indications—knowledge we could all use next time we ask ourselves: Is this a brain fart or a sign of dementia?

Here’s what we can learn:

We’ve all experienced the feeling of being too tired to form coherent sentences after a long day. But if the problem persists on a daily basis, that could be an early warning sign of cognitive decline. According to the Alzheimer’s Association, losing track of a thought midsentence, forgetting basic words, and regularly repeating words could be signs of a deeper problem. As Pakman points out in his video, Trump has been known to exhibit these behaviors.

As a 70-year-old man, Trump is not only the oldest president we’ve had, but he’s also in the prime age range for dementia symptoms. According to the Alzheimer’s Association, old age is the greatest and most widely recognized risk factor when it comes to the disease. The majority of those who suffer from it are 65 or older, with roughly 1 in 3 people aged 85 or older showing signs of Alzheimer’s.

I’ll say it again: There’s no way for us to determine whether Trump has Alzheimer’s. But for our own well-being, it’s worth knowing what those warning signs are. If we can learn something about ourselves, perhaps there’s a benefit to some of the elaborate conspiracy theories littering the web.