The Winners And Losers Of House Republicans’ Health Care Plan 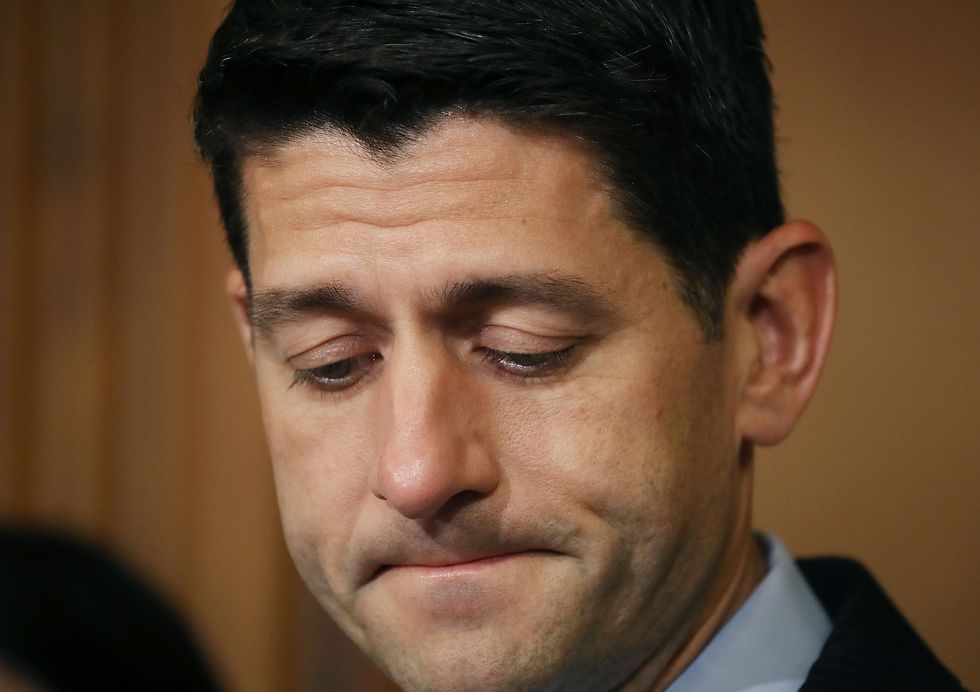 Since the debate leading to the repeal and replacement of the Affordable Care Act has taken on all the trappings of a religious battle, perhaps it would be good to look at the underpinnings of each side now that House Republicans have unveiled their plan.

It is clear from the new proposal, called the American Health Care Act, that Republicans have faith in maximum choice and unfettered free markets, with no one telling anyone what to do.

#TrumpCare is such a raw deal for the middle class & seniors that it deserves its own special, 67-county tweetstorm. So here we go.
— Senator Bob Casey (@Senator Bob Casey)1489008932.0

As the ACA shows, Democrats, on the other hand, believe that choices need to be shaped and framed and that markets need help to work, especially regarding individual insurance. They also think that people won’t do what is best for them without a stick. Notably, the ACA’s individual mandate requires that everyone must be insured or face a penalty.

The Republicans concede individuals need more incentive to buy than they will have without the individual mandate under the ACA. The mandate requires that everyone must have insurance or face a penalty. The rationale for this is to bring healthy people into the risk pool.

The new plan proposes a different approach, without much practical difference. It would allow the insurance companies to charge 30 percent more to a customer who wants to sign up for health care if that person does not have current coverage. Thus the insurer—rather than the government—is paid via the penalty when someone hasn’t been insured.

The replacement does concede that basic services should be covered, such as inpatient and outpatient hospital care, in order to make plans comparable, but does not specify the degree of coverage. It also gets rid of the four comparison “metal” categories—bronze, silver, gold and platinum—designed to let the shopper know the size of their residual responsibility. Instead, it lets companies offer whatever they want constrained only by required coverage of basic services and a range of 5-to-1 between the highest premium and the lowest rather than the current ratio of 3-to-1.

As with most religious debates, there is little agreement across these two points of view. Classical economists who believe there really is a free market might agree with the Republicans, while behavioral economists know that how a decision is framed is critical to avoiding big mistakes.

What this new bill does show us about the underlying political philosophies on how to best approach health care reform might be best captured by their difference in faith in markets and the role of the government in influencing choices.

Both parties have hope, but of a different kind

So what is the hope behind these alternative views?

Clearly, the Republican replacement proposal hopes to unleash unbridled competition, because the market will be unencumbered by government restrictions. This will lead to innovation, lower prices, and better quality, the thinking goes. The miracle of the market will give the best value to both sides of the transaction—patients and providers—with insurers providing the mechanism to achieve this.

[quote position="right" is_quote="true"]There are other reasons why competition among health insurance providers doesn’t always drive down costs for consumers.[/quote]

But the ACA illustrates that Democrats believe that this is a naïve hope, since insurers are far from perfect market makers, as I can testify as a former CEO. They spend a huge amount on nonmedical costs. This is especially true for individual insurance before the ACA, where sometimes half of the premium might go to administrative, rather than medical, costs.

Even in the far more efficient market for employers who purchase insurance for their employees as a group, the ACA forced insurance companies to limit these overhead expenses to no more than a still very substantial 15 percent for large groups and 20 percent for smaller employers.

There are other reasons why competition among health insurance providers doesn’t always drive down costs for consumers. Beyond this insurer inefficiency, the health care market is riddled with other constraints that would blunt the impact of even cutthroat competition among insurers, whether within one state or competing across state lines, as Republicans hope will happen.

The consolidation among providers is the most serious of these. This has left them with the market power to resist efforts to drive down cost and prices. That is why the ACA relied so much on payment incentives and reorganization of providers to reshape the way health care is delivered towards lower cost and higher quality.

This leaves charity—who pays and who is subsidized.

Republicans clearly honor age and wealth, as evidenced by their new proposal. Their proposed refundable tax credits are higher for older rather than poorer people, unlike those under the ACA that are scaled to income rather than age.

The “affordable” in the ACA is defined in a formula that, for the near-poor, defines 2 percent of income a fair amount to pay for insurance. The tax credits paid to the insurer fill the gap between this and the premium. For those better off, the ACA requires up to 9.5 percent of income to be paid toward their insurance cost.

The replacement proposal disagrees. It repeals the ACA’s subsidies, effective in 2020. The alternative Republican tax credits are lower, are based on age and do not consider variation in income within age groups.

Charity might also be defined by who finances the whole thing. The ACA relies on lots of different taxes on all the players, but it hits the wealthy especially hard.

The Republican replacement eliminates almost all of these, but it leaves a big question as to how the remaining costs are to be funded. This is likely to be a huge issue when the Congressional Budget Office weighs in.

But in a religious war, cost is often a secondary issue along with principle.

So where does this leave us?

Through the lens of faith, hope, and charity, the two sides couldn’t differ more. As we have found over the ages, it is far easier to live with division than to join the one true church. In much the same way, there is little possibility of ecumenical peace here. The most we can wish for is a lack of outright war—but I am not optimistic about that. Stalemate in a gridlocked Congress is most likely.