A nine-year-old girl asked Steph Curry why his shoes aren’t available in girls’ sizes and his response was surprising.

“Girls play basketball too and it's not any more important for boys than girls,” she wrote. 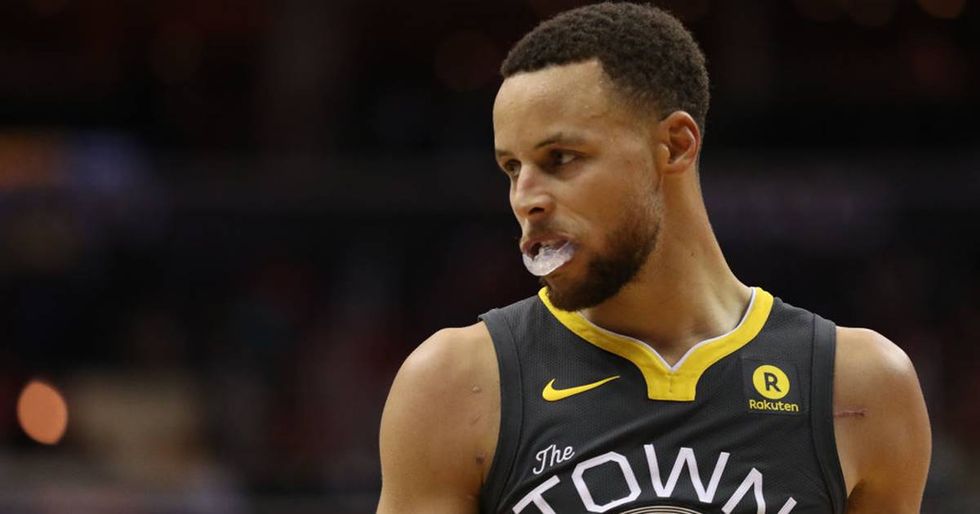 Nine-year-old Riley Morrison from Napa, California is a huge basketball fan. She roots for the Golden State Warriors and her favorite player is three-time NBA champion Steph Curry.

Morrison loves to play basketball so she went online to pick up a pair of Curry’s Under Armour Curry 5 shoes, but there weren’t any available in the girls’ section of the site.

But instead of resigning herself to the fact she wouldn’t be able to drive the lane in a sweet pair of Curry 5’s, she wrote a letter to the man himself.

My name is Riley (just like your daughter), I’m 9 years old from Napa, California. I am a big fan of yours. I enjoy going to Warriors games with my dad. I asked my dad to buy me the new Curry 5’s because I’m starting a new basketball season. My dad and I visited the Under Armour website and were disappointed to see that there were no Curry 5’s for sale under the girls section. However, they did have them for sale under the boy’s section, even to customize. I know you support girl athletes because you have two daughters and you host an all girls basketball camp. I hope you can work with Under Armour to change this because girls want to rock the Curry 5’s too.

“I wanted to write the letter because it seems unfair that the shoes are only in the boys’ section and not in the girls’ section,” Riley told Teen Vogue. “I wanted to help make things equal for all girls, because girls play basketball, too.”

The letter got to Curry and he gave an amazing response on Twitter.

Appreciate you helping us get better Riley! We got you. #MoreToCome pic.twitter.com/UBoTklvwhg

I appreciate your concern and have spent the last 2 days talking to Under Armour about how we can fix the issue. Unfortunately, we have labeled smaller sizes as “boys” on the website. We are correcting this NOW! I want to make sure you can wear my kicks proudly — so I am going to send you a pair of Curry 5’s now AND you’ll be one of the first kids to get the Curry 6. Lastly, we have something special in the works for International Women’s Day on March 8, and I want you to celebrate with me! More to come on that, but plan to be in Oakland that night! All the Best!

"I'm just so thrilled with Steph Curry and his response and the fact that he made my daughter's day, week, year, millennium."

Riley Morrison's parents are proud she wrote to @StephenCurry30 and made a change https://t.co/hDS2rQnnoq pic.twitter.com/jiPDq3pOqA

Most people would be surprised to hear a megastar like Curry would taking a nine-year-old girl seriously, but he’s is a passionate supporter of women’s issues.

Last August, Curry wrote an empowering letter that was published in The Player’s Tribune where he discussed closing the gender pay gap, hosting his first all-girls basketball camp, and what he’s learned from raising two daughters.

In the essay he shared a powerful lesson his mother taught him. “Always stay listening to women to always stay believing in women, and — when it comes to anyone’s expectations for women — to always stay challenging the idea of what’s right,” he wrote.

Curry clearly practices what he preaches because when a nine-year-old girl spoke up, he was all ears.