Why Scientists Are Outfitting Bees with Teeny, Tiny Backpacks

A new Australia-led initiative wants to save the world’s honeybees. 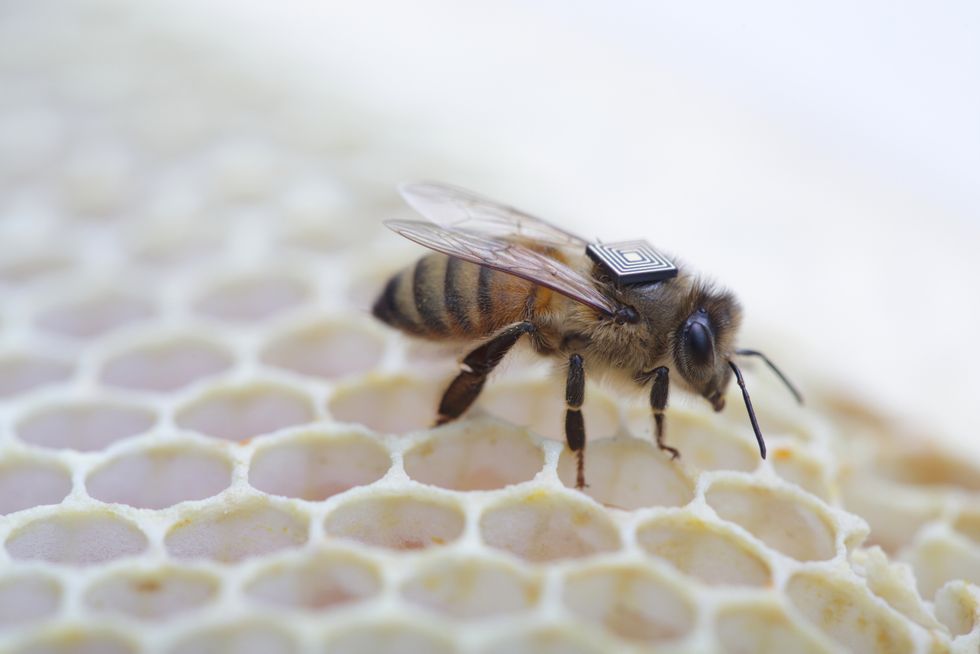 Where have all the honeybees gone? Since the 1990s, the world has experienced a seemingly unprecedented bee die-off. By 2013, the numbers had become particularly alarming: The U.S. alone lost nearly one-third of its colonies that winter.

Scientists have blamed at least some of those deaths on the mysterious “colony collapse disorder,” in which worker bees suddenly abandon their hives and their queens for reasons are still unclear. There are, however, a few likely suspects: parasites (including the particularly nasty verroa mite), pollution, climate change, pesticides, or some combination of the four.

Now a new Australian project is attempting to get to the bottom of the global mystery, using some very tiny technology. Headed by Australia’s national science agency, plus an international group of scientists, farmers, and industry and government officials, the newly formed Global Initiative for Honeybee Health wants to track the movements of honeybees to determine what’s gone wrong. Their tracking method of choice? Small micro-sensors, that will be attached to bees’ backs like little backpacks.

“The tiny technology allows researchers to analyze the effects of stress factors including disease, pesticides, air pollution, water contamination, diet and extreme weather on the movements of bees and their ability to pollinate,” says Paulo de Souza, the Australian scientist at the head of the project.

The micro-sensors, which are about the size of a postage stamp, will also be placed inside hives themselves. They will then send data back to initiative participants, to be analyzed.

Eventually, Mashable reports, the initiative will place sensors on 2.5 million honeybees and 1,000 hives across the world. Scientists will then spend about two years collecting data on bees’ movements and their responses to various stressors.

“The time is now for a tightly-focused, well-coordinated national and international effort, using the same shared technology and research protocols, to help solve the problems facing honey bees worldwide before it is too late,” says de Souza.