It all starts with the FAFSA. 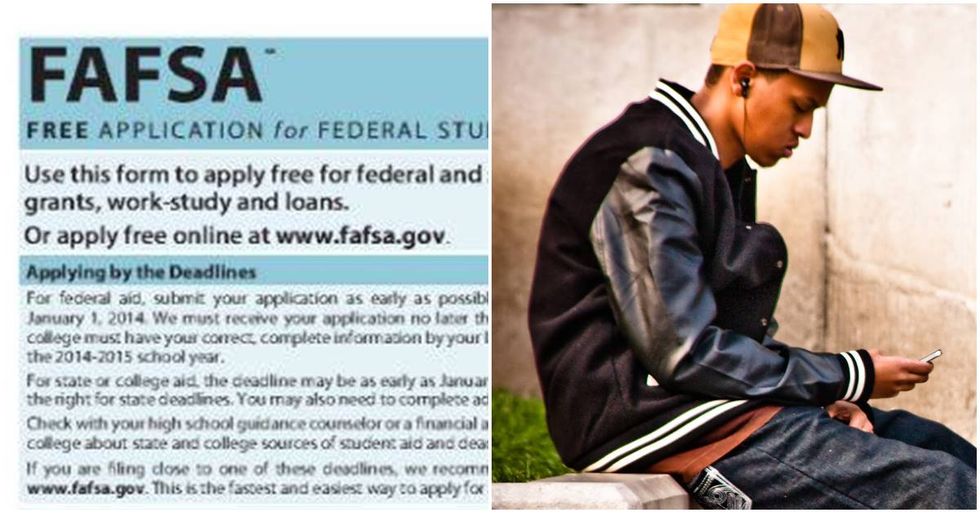 As part of an initiative that began in the Obama era, the office of Federal Student Aid is looking to modernize the federal student loan system so it’s easier for students to apply for, and later, pay off their loans. “The goal is a customer service experience that will rival Amazon or Apple’s Genius Bar,” Education Secretary Betsy DeVos said. The first step in upgrading the entire system is making it easier for students to submit their FAFSA (Free Application for Federal Student Aid).

To simplify the application process, the Department of Education is working on a mobile app for students to submit their forms. The app aims to increase the number of students who apply for aid by putting the entire process right in their hands. It will also help low-income students with limited internet access. “Many low-income students only have access to the internet when they’re in their school building or are on their smartphones,” Carrie Warick, director of policy and advocacy at the National College Access Network, said.

The education department is also looking to simplify the 130-question form, which will require action from Congress. “We’ve heard over and over again from parents, students and financial aid officials how difficult it is the first time,” Senator Lamar Alexander, the Republican chairman of the Senate education committee, said. “This complexity frustrates the goal of the Pell Grant, which is to help low-income students attend college, because it discourages them from applying for aid.”

The FAFSA app will be the first step in creating a single mobile interface that will eventually allow borrowers to manage their loan payments. It will also make it easier for students to manage their financial aid spending on food, tuition, or fees. “Whether it was a millennial all the way up to people in their 60s, they wanted to be able to deal with this not having to sign in to a computer,” A. Wayne Johnson, Federal Student Aid’s chief operating officer, said. The department is shooting for a rollout of the new FAFSA app in 2019, just in time for the application cycle.